I’ve had a very disconcerting day. Got nothing done. Did go grocery shopping this evening, but then  came home and ate tortilla chips for dinner. I never do that. But I just couldn’t really face food.

I’ve wanted to call my dad all day, but I don’t want to suddenly inundate him with “how are you doing”.  I called him yesterday after I arrived home. And I know my stepsister was going over to check on him today.

Sort of like with my friend in Houston who has cancer — I’m trying to find the best rhythm or whatever you’d call it. Don’t want to smother anybody with my constant inquiries.

By the way, for now, my friend’s chemo treatments were effective. However, now they’re waiting to see if the tumor grows back. And he still can’t eat, but at least for now, it seems sort of positive. I texted him earlier this evening because I need to check in on somebody, right? If I can’t pester my dad and see if he’s okay, then I must pester my friend and see if he’s okay. I’m definitely a mother hen with no little chicks in sight today… I have to fuss over something though; I just feel so sad. 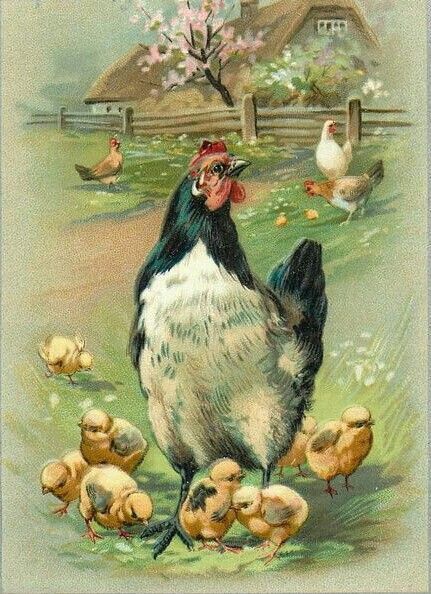 Well, my friend told me in one of our texts that 2 of our mutual friends from school turned 60 today. (It’s also Sandra Caldwell’s birthday today — but I think she’s only turned 14. I know she’s a little older than I am but not by much.)

So. The roses survived the trip home. I have them in my bedroom and they just look so pretty. Several of the cats have checked them out, but luckily they don’t like to eat roses.

On a more uplifting note, though, when I was watering the plants today, I saw that my lemon verbena is shooting forth, after it’s autumnal pruning. That made me happy — to see life in action. That little plant is 14 years old.

And I have a poinsettia that’s several years old now, too. I don’t keep it in the dark or anything, so it doesn’t look like how you think poinsettias should look. But today I saw that it is covered in buds! You can’t really see all the buds from this picture, but here it is anyway.

And I found a little black beetle down on the floor of my laundry room this afternoon. He was on his back, his little legs flailing like mad. So I let him climb onto my finger and I put him onto a surface where he could get better traction than on the laundry room floor. Eventually, he flew off into anther room. So I guess he’s fine.

Well, plenty of folks in Baden-Baden posted to Instagram, already. They began posting within 28 minutes of the show ending (not that I was looking at the clock or anything. I just sort of happened to notice the time.). Anyway, though, it was considerate of them to begin posting right away. Saves me from having to scroll through Instagram at 3:02am, if I were to get up and go to the bathroom or something.

Nick Cave seems to have worn a black suit — or maybe dark grey. Hard to tell in the lighting. But many happy campers were in attendance, for sure. There was a total of about 40 seconds of video posted, from 2 different songs he sang. Both of them really slowed down versions of the specific songs. So either he’s deeply depressed or I am. (I’m just kidding. Obviously, I’m the one who’s sad here.)

I did take yet another stab at trying to watch Season 1 of Fleabag tonight. And I’m still just not crazy about it. It’s amazing how much her character evolved by the second season.

My friend in Houston just now texted me again and said that he will turn 60 in late May. I had no idea he was a Gemini. But this of course explains a lot — you know, that Gemini “twin” thing. Loyal readers of this lofty blog no doubt recall that I knew my friend (quite well, I thought) for many, many years before I found out that he was gay. Which is just so weird, since I couldn’t be more pro-gay if I tried. I’ve been in the LGBTQ community since before there even was one. I’d always just been so out and above board about myself. Even back in high school, when it used to be really hard for a lot of teenagers to come out as gay, it seems like everybody always felt comfortable confiding in me if they were gay.

I remember back when I was 15 — after I got out of the mental hospital, I went into high school. And all my girlfriends there were either cheerleaders or on the drill team. Just super gung-ho about all that varsity football stuff and I could not have cared less about any of it. By then I had a girlfriend already, and it really bothered these other cheerleading- girls that I was bisexual. It irritated them, because they wanted me to have a boyfriend who was a football player — like they had. They got really insistent about it, and even tried to push me together with this football player named Michael.

I liked him a lot. He was cute and really nice, but I just wasn’t attracted to him at all and I could not care less that he played on the football team. But all of our friends forced us to be alone together in one of the girl’s family rooms. So there we sat; alone together on a Friday night. Very awkward but trying to be nice. And finally he sputters a bit and says, “Marilyn, I know what’s supposed to happen here. And you’re really nice. I like you — but I’m gay.”

Oh my god, I laughed so hard! I told him about me, of course, and why my girlfriends were trying to fix us up. And then we agreed to just tell them we didn’t really hit it off and I kept his secret all through high school. It was too amusing.

Anyway. Here I’d thought I knew who all the gays were in high school, but here one of my closest friends was gay, and I never had a clue.

Oh well. My stomach’s a wreck, gang. I’m so sad. I’m gonna close this. And maybe tomorrow will be better.  On a sort of bittersweet note, apparently Dylan’s Blood on the Tracks was released on this day, 45 years ago. Jesus. That was the primary record me and my birth dad listened to when I first went to visit him in Nevada. We played a lot of Country & Western music, too. But he also loved Dylan, as I did. And Blood on the Tracks was always on his little cassette player in his kitchen.

So let’s close with that. I loved that album so fucking much. Have a good night, wherever you are in the world. I love you guys. (Btw, “Ashtabula” is in Ohio! Just northeast of Cleveland.)

“You’re Gonna Make Me Lonesome When You Go”

I’ve seen love go by my door
It’s never been this close before
Never been so easy or so slow
I’ve been shooting in the dark too long
When something not right it’s wrong
Yer gonna make me lonesome when you go.

Dragon clouds so high above
I’ve only known careless love
It’s always hit me from below
This time around it’s more correct
Right on target so direct
Yer gonna make me lonesome when you go.

Purple clover Queen Anne lace
Crimson hair across your face
You could make me cry if you don’t know
Can’t remember what I was thinking of
You might be spoiling me too much love
Yer gonna make me lonesome when you go.

Flowers on the hillside blooming crazy
Crickets talking back and forth in rhyme
Blue river running slow and lazy
I could stay with you forever
And never realize the time.

Situations have ended sad
Relationship have all been bad
Mine’ve been like Verlaine’s and Rimbaud
But there’s no way I can compare
All those scenes to this affair
Yer gonna make me lonesome when you go.

I’ll look for you in old Honolulu
San Francisco, Ashtabula
Yer gonna have to leave me now I know
But I’ll see you in the sky above
In the tall grass in the ones I love
Yer gonna make me lonesome when you go.