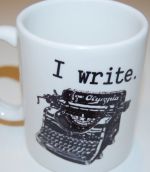 Since tomorrow is April 1st, it looks like it’s only been about 2 MONTHS since I last posted anything here (but what a fine and lively post it was! I hope you all listened to that wonderfully fun song! I am still listening to it in my car.) (Not exclusively — I listen to quite a panoply of Frank Sinatra tunes from the 40s & 50s while driving in my 19 (!!!) year-old car…)

Okay.  Many updates occurred while I was absent from the blog.  Some of them traumatizing — for instance, any and all developers and private real estate investors suddenly and without warning dropped all interest in commercializing my specific block on my street here in Gahanna.

This means that after keeping me in limbo for 3 and 1/2 years, telling me they were tearing my house down and re-zoning my block for commercial use, and hence my reasonably-foreseeable-future plans of moving back to New York — all of it came to a grinding halt.

It has something to do with City Hall, taxes, other residents, unhappy voters.  So now I am basically working around the clock to afford all the many, many repairs this poor house needs to make it livable again.

I know that the absolute minute I get it back to being the sweet little dream house it once was, they will knock on my door yet again and tell me they are tearing it down. But you know what? We’ll just have to see what we see. I can’t live in limbo anymore with a house falling down around my ears.

The one-woman musical I’m working on with the actress in New York is basically done. Yay!! I think the premiere will be in Toronto, though, not New York City. I will keep you posted about that. It has something to do with funding from the Canadian Arts Council. But I can tell you, with complete certainty, that it is a GREAT show!! I am so thrilled to be a part of it.

Now she and I have 3 more plays/musicals to write together. I’m guessing that will keep me busy for a huge number of years. (The actress has been working on the above-mentioned one-woman show for maybe 7 years already. Writing, re-writing, workshopping it, performing it — it won an award in Canada already. Then I came on board to help significantly re-write it about 2-3 years ago. These things really do take forever.)

I have also finished writing my TV movie script for The Tea Cozy Murder Club!! It goes off to the producer in L.A. on Friday. He is excited to read it and I am super-duper excited to send it to him! This is an idea I have been developing for about 4 or 5 years. Now, I need to start writing the novels that go along with the TV movies (there is, at the very least, a series of 4.)

The mystery book series I’m writing with my illustrator friend in Brooklyn is still moving forward (The Miracle Cats and the Case of the Purloined Passport). We had to put it on hold, though, momentarily, until I completed the script for my other project because the producer’s assistant emailed me and asked if I was planning to wait on sending it until after the producer retired….

Anyway, so I finally had to stop juggling everything at once, and write one thing at a time. But now we are back to The Miracle Cats. Here’s the latest illustration. It is “Sister Thomasina”:

I am also researching and putting notes together for a one-man play I want to write. I will go over more of those details as it goes along. But I’m very excited about it. It is somewhat connected to my ministry, but I won’t say more than that, lest I send you off on a complete tangent that would be wholly inaccurate.

Now that I’m done with school and staring down several years’ worth of paying off student loans… I am now learning Ancient Greek, and re-learning Biblical Hebrew (which I studied as a child, so a lot of that comes back to me). Anyway, learning them both at once is not really so daunting as it might seem because they have similarities. Sort of. Plus, I am strictly doing it on my own time and at my own pace, so it is really invigorating and fun.

I doubt I will ever learn enough Ancient Greek or live long enough to translate the Septuagint on my own, but we can dream, can’t we??? I’m already planning to write my own version of The Jefferson Bible (my minster at church refers to my plans as The Lewis Bible and it may well be that!). And I fully, fully intend to do this and maybe even publish it online! We shall see…

Right now, it’s a wonderfully rainy spring morning. The birds are singing outside my window and the many, many cats who live here are planted at the screen door, looking out at the beautiful, wet, singing world. I hope it’s just as peaceful and promising where you’re at today, gang. Thanks for visiting! See ya down the road. 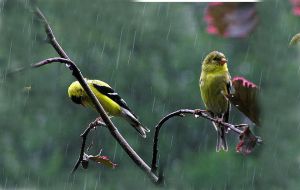