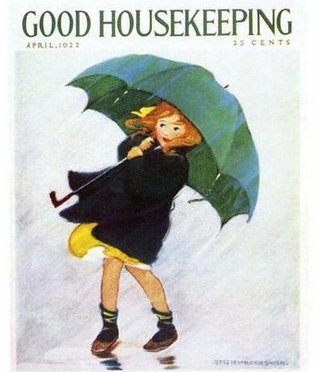 I’m referring to the month of April being seriously whacky; not to some unknown woman named April who might be whacked-out of her mind somewhere…

Like everyone everywhere, I began the month of April on April 1st — a really lovely spring morning around here. By 8:30 that morning, though, a cable TV repair van ran a red light in the intersection in front of the library that led him directly into the driver’s side of my faithful 19-year-old Camry.

I prefer to dwell on the fact that I walked away from the crash relatively unscathed, with only a few hours in the ER and 4 and a half days in bed, and will finally get a new car, which I needed anyway.

However, it has not been a fun month. And the release of SomethingDark Issue 3, out of Bristol, England, this month, brought another disturbing thing. While I’m the North American Editor for SomethingDark, this issue is a little late in being released and with its release came the news that writer/colleague/friend/radio host and person I edited in Issue 3, Michael Hemmingson, is dead.

I’m of the opinion that he’s not really dead but is living under an assumed identity with his daughter in some foreign land (i.e., Japan). However, if I must accept that he is really dead, I think he died under seriously questionable circumstances. He “died of a heart attack” in Tijuana, where he coincidentally  had lots of drug cartel enemies…

The whole thing was really disturbing news for me, making me wonder where the heck time flies to because Hemmingson has been dead for over two years already and no one told me! However, the issue of SomethingDark is truly worth waiting for, so check it out at the link above. And if you were long ago scheduled to be in Issue 4, the Japan issue, you will be hearing from me directly!

While researching cars online, trying to figure out what I will end up driving one day really soon (more than likely another Camry, even though I was planning on buying a Jeep Commander when I moved back to New York, but now that the move is indefinitely on hold…). Anyway, I came across this fantastic magazine ad from 1967. My father bought this very same car in 1967 — in red!! The lady in the insane hat did not come with the car, nevertheless, it was a seriously COOL car!! I was in the second grade when he bought the red Wildcat and I was astonished the afternoon he drove it up our driveway in Cleveland. Wow. It had a black leather interior. I had almost forgotten all about it!

So I wanted to share that fun news with you, rather than all the other not fun stuff that’s been going on around here.

Other good news… The producer in L.A. loved my Tea Cozy Murder Club: A Murder at Parsons Ridge TV movie script. He only wants some very minor revisions, which I’m working on today. Then we shall see!

Meanwhile, as I await the check from the insurance company, I’m planting flowers in my garden and trying to get this property back to what it once was three and a half years ago…before it was scheduled to be demolished.

Hope things have been just as good wherever YOU are! Thanks for visiting, folks. Here’s hoping May is a little easier. I’ll keep you posted. See ya!