I started teaching myself how to play guitar when I was about 9 years old. We were still living in Cleveland at the time, and I was already taking violin and piano lessons.

Well, I loved my stuffed animal because, you know, I was a girl. But I also loved my brother’s guitar. He never touched it so I was all over that thing.  The piano teacher would come to our house to teach, but I had to go to a music store to have my violin lessons. And one day, while at the lesson, I could see all the guitars hanging on the walls outside the practice room windows and I told my violin teacher that I really wanted to learn how to play the guitar.  That I loved the Beatles. (They were still together at this point, that’s how old I actually am, gang!) My teacher was kind of impressed that I wanted to play the guitar, and he was also a guitar teacher, so he said he’d go out to the waiting room and ask my dad if I could have lessons.

I was so excited. You have no idea.

But my teacher came back to the practice room and had bad news. He said, “Your dad says he’s already paying for too many lessons for things and he can’t afford anything more.”

I was devastated but I really tried to be brave about it. Still, there were actual tears in my eyes. I’ll never forget the pain of that moment.  I was heartbroken. All my dreams, dashed in a matter of moments. And that poor guy — my teacher. He had to stand there and watch a 9 year-old girl, clutching her violin and trying not to cry.

But then, of course, as happens on planet Earth, my violin teacher changed my life.  He gave me a music book. Gave it to me, that day. he didn’t even charge my dad for it. It was Alfred’s Basic Guitar Book One: Teach Yourself Guitar.  And it had diagrams of every single chord, and also songs in it for learning how to play notes on the strings/frets.

My teacher said, “Just take this home and you can teach yourself how to play. You honestly can.”

And, oh my god, he was right! Even at age 9, I taught myself how to play. And when I was 13, an older cousin was upgrading to a better guitar and gave me his old Harmony acoustic, which was just light years better than the one I’d been playing, and by then, since I had already written literally tons of songs on my guitar, my parents broke down and got me guitar lessons, too.

I bring this up because, yesterday, I was talking to this much younger woman I know who composes gospel music on her phone, and I told her I’d finally gotten my guitar out of storage and was trying to play again, but that I was a little rusty. So she told me about a free phone app that teaches you how to play guitar. And you know,it’s just phenomenal, how effective the app is and for someone my age, who had so many teachers over the years — teachers who earned their living teaching kids how to play music —  it’s just like being on another planet. It really is.

And it’s free. Which is great. And it’s on my phone, which means I can use it whenever I have time, day or night. Still. That’s a heck of a lot of teachers out of work, right? The personal element, gone.

I remember one summer evening when I was seventeen, me and my best friend both had jobs in a restaurant in a little neighborhood shopping center. We’d gotten off work and were in the parking lot, sitting in the front seat of her parents’ car, trying to decide what we wanted to do that night. The music store where I was taking even more guitar lessons, was in that same shopping center.  And as she and I were sitting there talking, the lights of the music store went out and they closed up for the night. And a man comes out of the music store. And I said to my girlfriend, “Oh, that’s my guitar teacher.”

And as we sat there, talking, we watched as my teacher got into the front passenger seat of a car that was parked and waiting for him.  There was a guy sitting behind the steering wheel on the driver’s side, you know, and when my teacher got into the car, the two men leaned over and kissed each other, right on the mouth. And my girlfriend and I were, like, Whoa.

We sure weren’t expecting to see that.

See, these are the things you miss by teaching yourself how to play guitar alone in your room on your phone! That personal touch!

But it got me wondering if I could choose a favorite Tom Petty song, and it really would be extremely difficult for me. I have so many favorites. But I then realized that if I had to pick a favorite album of his, it would be Hard Promises, from 1981.

Even though I actually love all his albums, solo, or with the Heartbreakers, or with Mudcrutch, I would have to say that Hard Promises is simply my favorite. I love every song on it and it also probably has to do with that era of my life, too. I was just married to my first husband, I was 21, living in Times Square in NYC, beginning to play professionally as a singer-songwriter. Just a really great point in my life.

If you don’t know this album, you can hear the whole album on Youtube. Just 10 reasonably short rock & roll songs. Most of the songs on it now are considered classic Tom Petty songs.

The other album I wanted to mention is extremely not similar at all to Hard Promises. In no way, shape, or form, but it’s also an album I really love, and I started playing it in my car again the other day, and I once again came to the overwhelming conclusion that it is a really, really great album. 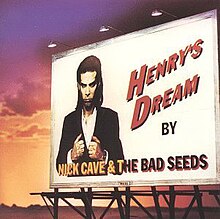 I love every single song on this album, too.  There is a tie between my favorites, though, and they would be: “Papa Won’t Leave you Henry,” and “Brother, My Cup is Empty.” Still, every single song, in my opinion, is great.

But I will leave you with the  delightfully intense  “Brother My Cup is Empty”, the best song about a deranged whisky drinker ever.

Okay, gang! Have an amazing day! Thanks for visiting. I love you! See ya!