Okay! So the Amish guys were here, bright (well, rainy) & early! They gave me the estimate and will give me that new roof in about 12 days — weather permitting.

And I am so excited. I’m getting a forest green metal roof, which was what I’d been sort of dreaming of all this time — a dark green roof and a bright white barn. (The paint will come later.) (Oh, and they think they know someone who would want the huge dead oak tree, so we shall see! I’m guessing that, as they begin the work on replacing the roof, they will encounter the annoyance of that huge pile of dead tree at every turn, so they likely won’t forget that I need that tree hauled away.)

And as if that weren’t exciting enough for me!!

My friend Kevin called last evening, out of the blue. Wanted to see how I was doing.  This is the guy who stores his vintage 1965 VW camper van in my barn all summer while he goes off to Montana. I was so excited to tell him that I was finally getting a new roof on the barn. And he said, “Let me know what the estimate is and I’ll help you pay for it.”

Is that, like, indescribably amazing, gang? He’s doing it because I never charge him to store his van all summer! My barn just sits there empty, so it’s no trouble for me to have it parked in there. It would never occur to me to charge him. And now — voila; he wants to help pay for the new roof. I think that’s just so nice.

If you’re new to the blog, this is what his camper van looks like — same color and everything — but this is not his (I love this thing!!):

This past fall, Kevin’s teenage goddaughter was going to a Halloween party with some friends and they were going as hippies (!!), and they asked if Kevin would drive them to the party in the van as part of their “costume.”  I thought that was the cutest thing. And he had a blast. He said that all the kids wanted pictures of the van — they were all about 14 years old. So, to them, a 1965 VW camper is, like, from pre-historic times.  So funny.

I remember when I was about 7 years old, one of my girlfriends who lived across the street had a father who dealt in classic cars. And one day, he brought home a 1918 Rolls Royce. It was amazing. Truly. He took it for a drive around the block and let us ride in the back of it and it was the coolest thing ever. Like being in an old movie. I never forgot that car. It looked similar to this, except it was all black: 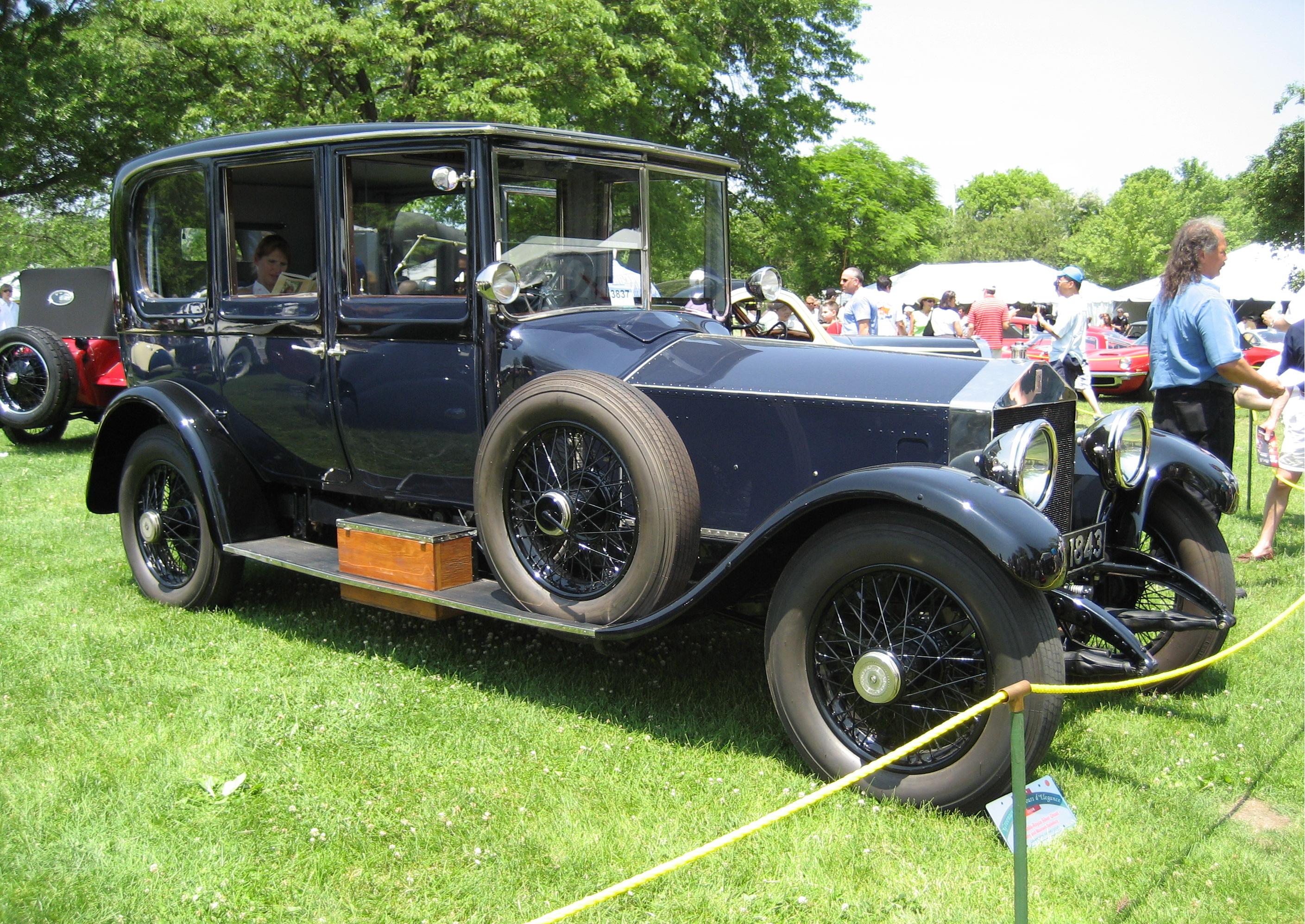 At that time, the car was about 50 years old. The same age difference between Kevin’s goddaughter and the VW camper van! So I know how excited they probably felt to see that “ancient” van.

When I was growing up in Cleveland, my parents would sometimes take us to the Auto Museum at the Cleveland Historical Center. I used to love that museum. It had tons of really old, classic cars. Now it also has old airplanes but I don’t think they had those back in the 1960s. If they did, they paled in comparison to the old cars because those cars are what I remember most.

At this link here you can see color photos of a lot of the old cars they have in their collection. I just loved those things. Just works of art, really.

I’m on my last of the “Suspicions of Mr. Whicher” movies. I have really, really enjoyed those, gang.  Once I’m done with this final one, I’m going to watch the documentary about Johnny Cash’s first wife. And I am still reading Love in the Time of Cholera — it’s a long book — really dense, descriptive storytelling. You can’t really just zip through it. But I am really loving the process of reading it right now, during a pandemic (thankfully not cholera), and also while being in some form of rapturous love that almost totally consumes me  (when I’m not feeling rapturous about my barn, that is!).

Sadly, though,  I am still spending most of my time in bed!! I do think that the sunnier, milder weather helps my breathing, because yesterday, which was a gorgeous day, I felt almost completely normal. Today — cooler, with lots of rain — and my lungs feel a little heavy again. But still not like it was. So I am definitely getting better.

I did maybe two whole minutes of editing yesterday and then gave up. So who knows what today will be like. As much as I would like to sit at my desk and be productive again, I guess I’ll just take it as it comes, right?

I think that, today, maybe I will sew some new face masks. That is definitely something I can do in bed.

All right, gang. I’m going to close this and finish up some laundry. I hope you are having a terrific Tuesday, wherever you are in the world! I’m still listening to the aria from Offenbach’s opera,  Tales of Hoffman, that I posted yesterday. (Btw, the video I posted yesterday is only the music, not the actual aria — I do play both, depending on my mood. Normally, I prefer just the music, but it kind of depends on who the singers are.) So I leave you with nothing today! But thanks for visiting, gang. I love you guys. See ya!

2 thoughts on “Yet Another Most Triumphant Day!!”