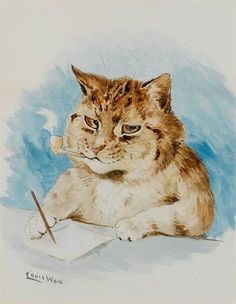 Yesterday, it was cold here but really sunny. It was one of those February days in which you begin to remember how Spring feels. In fact, when I opened the front door early yesterday morning, I heard birds singing.

After tangling with Cleveland’s Burning revisions well into the afternoon, I decided to go out and take a walk. I really needed to refresh my mind and it has been months since I was able to just go out and walk. (In days of yore, when I lived in the old house, I used to walk 2-3 miles a day. I really missed doing that.)

At the end of my street, here in the hinterlands, is what I had thought was a small playground. Yesterday, I thought to myself: Self, I thought, go walk to the playground and back. Your mind will feel better!

So off I went. The “playground” is less than a 5-minute walk from my house. But when I got there, lo & behold, I discovered that it was a huge municipal park! It had 2 playgrounds, 2 baseball diamonds, a couple of paved walking paths, a huge sand lot — and tons of beautiful tall trees, rolling hills, and green grass that went on for quite a distance.

As I walked over hill & dale & through the wooded areas in absolute tranquility,  fondly recalling the wonderful park my Grandma used to take me and my brother to that was at the end of her street (way back in the early 1960s), it finally came to me that the reason I was struggling with the script is because I needed to take the scene I was revising and really polish it, make it sparkle, even though it will only be a few seconds of screen time.

With that realization, my mind felt free and I felt completely blessed and restored.

There is a lot about my life these days that confounds me — mostly the limbo of it. However, there is so much about it that makes me feel blessed when I take the time to stop and look at it.

Not many people would do that. And not only does she allow them to live here, she actually likes them and engages with them when she comes to visit.

I love living out here in the hinterlands (in Tea Cozy Murder Club country — the other TV show I’m writing). Yes, there are farms, and cute alpacas, and cows, and beautiful, pastoral parks, but there are also book stores and plenty of non-chain restaurants, and farmers’ markets around.  So it’s not like it’s the Land that Time Forgot. It’s a little lonely, but these days, I basically need to sit in my room and write, so that’s okay.

Here is a photo of the park. I didn’t take this photo myself, I found it online. So thank you to whoever took it:

If you click on the photo, you’ll get a feel for the expanse of it. It is almost impossible to believe that directly on the other side of this park is a huge mall, complete with an AMC multi-plex movie theater!

All right, gang, I gotta scoot! Have a lovely Monday, wherever you are and whatever you’re doing! And remember: Everyday, in every way, it’s all getting better and better!