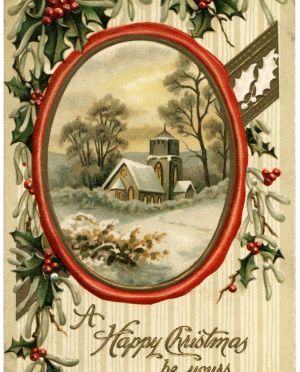 First of all, if you were somewhere in the middle of reading that short story I posted yesterday and it disappeared – or if you went looking for it and it was suddenly gone – I’m not sure what happened, but it did in fact disappear for awhile. However the post is re-posted and the story is intact once more. Sorry about that.

The other thing I wanted to update, was my post from Thursday, entitled What is it About People Who Suck? And in particular, some comments I made about someone I fell in love with recently who allegedly sucked.

So if you’re still curious just what it is about people who suck, one of the answers is that they apparently don’t look in the mirror too often.

If I did look in the mirror more often, I would see things, like, you know, I haven’t washed my hair in days.  I’m not saying that to make light of the trust issues I have. The lack of consciousness about washing my hair is all part & parcel of how much of my waking time is spent living up in my thoughts. Way, way, way up in my thoughts.  I almost never touch down on Earth unless I absolutely have to. For instance, when a living human being asks me a direct question and awaits my answer. And then I’m always impressed with myself when I reply with something that makes sense.

I would like to blame most of my lack of consciousness on having too many projects going on at once. The one TV pilot that is circling close to fruition but which needs a revised show bible; the other TV pilot that – after a table read in Burbank revealed several months ago – needs to be completely re-written.  2 novels-in-progress. 2 one-woman musicals for Sandra in NYC. 1 one-man play re-interpreting the life of Caiaphas.  1 full-length stage musical I’m writing with Peitor in LA, and about 5 or 6 micro-short films that I’m writing with Peitor in LA. And 2 limited streaming series I’m developing based on 2 novels I wrote. Re-recording a dozen songs I wrote over 30 years ago. And my memoir-in-progress, Dirty Girl, Beautiful Mind.

That’s a whole heck of lot of time spent up in my head, gang.

It would be so cool if I could blame my insanity on being such a creative and intelligent artiste. Then the fact that I’m rude and mean to, and distrustful of, a man I actually love would seem like totally acceptable behavior that came with the territory of my being an utter genius. And then the fact that I constantly forget to wash my hair would seem full of deep meaning.

THEM: “Ooh, she must be creating her masterpiece today; her hair looks abominable!”

ME (quietly to myself): Christ, why am I always so out of my fucking mind??!!

ME (again, but out loud this time): “I need more coffee.”

I don’t know.  Obviously, loyal readers of this lofty blog will no doubt recall all those blog posts I did in July, August and September in preparation for writing the memoir, that detailed where all my trust issues come from – the rapes, the abuse, the suicide attempts and my lovely life growing up in my adoptive home; all my fetish stuff and my daddy issues and all the heartbreaking underlying incestuous undertones of my obsession with my biological dad;  then the mob guys in New York, the music business, and then my groundbreaking publishing heyday that brought me the FBI and the sudden need of the Federal Government to call me out publicly as, no not an artiste, but a pornographer who belongs in Federal prison.

Yes, I have trust issues. But I really, really, really do not want them to rule my life. So it’s been a really rude awakening to see just how much garbage really is still in my head from all this.

At least it gives me something concrete to work on.