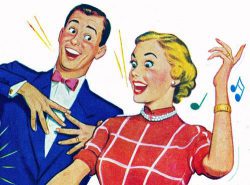 You guys are funny!

Twice a year, I participate in the Smashwords FREE download sale and I am usually pretty surprised by how many readers take advantage of the sale, but YESTERDAY, gang. Wow. You outdid yourselves!

And almost everybody downloaded some combination of The Muse Revisited Volumes  1 through 3.  It really was astounding to me, because these are collections of really old stories that have been published already, repeatedly, all over the place.

So, yes, actually, I am flattered. However, the title of this post doesn’t actually relate to that. I question whether or not I am flattered because of something else.

So, I’m sorry, but yes, the story is no longer here. But I also want to clear up a misconception that was brought to my attention by a gentle reader and that is: My stories are fiction.

If something I wrote is a memoir or an essay, then it’s true. Otherwise, it’s not true. It’s fiction. 95% of what I’ve written in the scope of my 30-year career as a writer is fiction, gentle readers.

When I say that stories are based on things that happened to me, or people I knew or was in love with, or based on specific eras of my life, it only means that there are true elements within the story that served as a springboard for my imagination.

So when a reader thinks that an intense story like “Necessary to her Good” is a memoir,  that’s when I have to wonder if I’m flattered that readers think my capacity for unbridled whore-dom is unfathomably boundless!!

Mostly, I’m just kidding, but it is kind of alarming. You think I did all that stuff? Multiplied times the stuff in every story I’ve ever written? And that I’m still just sitting here at my desk, drinking a cup of coffee and not off in a lonely forest somewhere screaming and trying to shoot myself in the head to make all the pictures stop?

Actually, I am kind of flattered, because it means I’m an effective storyteller. But if you’re new to my work – even though these stories were written years ago, to some readers they are brand new – they are still just stories. Stories I did work really hard at to make as believable as possible.

When I was a little girl, I was really, really shy. So I would just sit on the couch and stare at her when she would babysit us.  Whenever she would speak directly to me, I would just melt inside. God forbid, I ever saw her out on the block, because I would just freeze; I was so in love with her. And at night in my bed, I would create these little fantasies where she would spank me. These fantasies were incredibly compelling to me and my imagination. And they became my world. I didn’t even know how to masturbate yet, or anything. I just had these stories in my head that overwhelmed me.

It took me years and years of trial and error, gang, to get to that level of storytelling. It wasn’t by accident or anything, I did work really hard at it.  Like any other writer, my first stories were rejected and I was heartbroken, but I kept at it. Until a few years into it, I finally hit my stride and everything I wrote got sold and published.

In real life, the guy the story is based on was indeed married and his wife had hired a private detective. And when he came to tell me it was over, I was crestfallen, you know, because we’d had some amazing times, but I wasn’t devastated for months. I was over it pretty much by the end of the day. But that wouldn’t have made for a very moving love story, would it?

I want a reader to read “Necessary to her Good” and really think about love. What it makes us do or want, or how it makes us feel.

Freak Parade was written for a man I was in love with. I wrote it because the night I met him, when he was 38, I knew I was meeting him at the most amazing point in his life  and I wanted that version of him to live forever. I tried to infuse an entire book with just that one feeling of how it felt to meet him for the first time. I had to set up the plots of an entire book to be so intense, that it would feel believable that a girl could merely see a guy’s face and finally find her reason for being.

All righty!! On that lofty note, folks…

Have a happy Feast of St. Stephen! Enjoy what’s left of your Christmas spirit. (And in spite of the tone of this post, please don’t hesitate to write to me. I always enjoy hearing from my readers, even if they kind of think I have an unbridled capacity for unfathomably boundless whore-dom! I’ll find a way of looking at it so that it feels like a compliment!!)

Okay! See ya! And thanks for visiting, I love you guys.