I now have a third little journal with a pen clipped to it that I carry around with me, and in that one, I try to figure out why I have so many fucking little journals around here! And with pens clipped to them!

I am, of course, just kidding. I still just have the two. But it is sort of insane — what it takes to keep me sane. Jesus. Just trying to keep all my many thoughts in a nice little row. And I’m so not kidding about that, gang. When I start to feel my thoughts skittering off around the edges, going to those bleak and unnecessary places — I have to do something to pull everything back to center.

For me, putting things in writing is the only process that reins things in.  But sometimes it just seems overwhelming — the amount of writing I’m doing right now.

Yesterday, I happened upon a really nice, regular-sized journal that I bought up at that Mormon Temple in Kirtland a couple summers ago. I haven’t put one word in it yet. And I was thinking that I should really start keeping a regular journal again because there’s a lot of amazing stuff going on in my life these days that I might want to process as its happening…

But it seems to want to come directly after Letter #6 which hasn’t fully come to me yet (the title has, of course, arrived: “Captivity”), still, I can feel it on the outskirts of my brain and I have a feeling it’s going to begin arriving today.  And that’s really exciting to me, but I’ve also been battling a huge amount of depression. Like the kind that you can actually feel the weight of, you know? Like I’m physically dragging around 20 pounds of depression. I can barely move.

Hence, all the little notebooks around here to try to stave that off.

At the breakfast table this morning, I saw the school bus drive past outside and it occurred to me that today is the last day of school before Christmas vacation starts. And then I suddenly remembered that it was that first Friday night of Christmas vacation, back in December 1974, that I got raped by those 2 guys from the high school. I had been invited to a Christmas party by a guy I knew in that insane apartment complex we lived in. He was a nice guy, about a year older than me, but there were a lot of older guys at that party that I didn’t know at all. Two of them followed me home and the rest is of course history.

I never think about that night. At least not in any detail. So it was a really unpleasant thing to suddenly encounter it in the forefront of my brain at the breakfast table. And I was really fervently hoping that there weren’t any girls on that schoolbus going past who were going to have truly horrible Christmas vacations.

I was really, really hoping that.

Then I washed the many little cat food bowls and dragged myself back upstairs. I couldn’t meditate. Couldn’t write in any of my millions of little journals. I got back in bed, in the dark, and felt like my depression weighed a million pounds.

You know, I’m a woman of a certain lofty age, so I have about 3 hormones left. I like to preserve them for, you know, fun stuff.  Which means that I almost never cry anymore. Back when I had hormones, I used to cry a lot.  But nowadays, I don’t want to waste what few hormones I have on tears! But this morning, man, for about 63 seconds — a tidal wave of tears.

Then, afterwards — I felt a whole lot better.

I don’t really know what “crying” is — you know, if you think about it, totally deconstruct it, what is it? Why is your body doing that? I don’t know. But it’s sort of miraculous how it felt like the proverbial damn bursting and then, after all the stuff has washed over and through it, I felt so much better. Really just full of hope and I could actually smile.

So I’m feeling optimistic that I’ll get some really interesting writing done today. (And I’m gonna try to force myself to do yoga — I haven’t done any since before my birth mom came to visit. And without yoga, it gets harder to convince my body that  it’s still 12…)

Well, Paul Weller has some interesting new videos that have been going up on YouTube, called Paul Weller Presents the Black Barn Sessions.  A new one is up today. If you want to go directly to his segment, it’s at about the 5 minute mark. It’s really rockin’.

Other than that, I’ve been listening to Johnny Mathis Christmas music, as well as  Ghosteen again and again– trying to, you know, consider that it could be “uplifting.” Or whatever it was Nick Cave said in his Red Hand Files thingy a few weeks ago.

I can’t really remember his exact words. And it’s not that I find the album depressing — it’s that I find the imagery too enigmatic and  just too beautiful, and sometimes it’s so beautiful that I can’t bare it, you know? It’s just too beautiful. I’m guessing that at some point I’ll get used to the words and perhaps they’ll slip into the background and my heart won’t short-circuit every time I hear it, but it hasn’t happened yet.

Okay-dokey. I’m gonna scoot and get to work on “Captivity” — see what that yields! Have a great Friday, wherever you are in the world!! Thanks for visiting, gang. I love you guys. See ya! 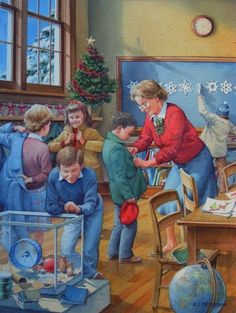