So, as I sat and thought about it, more images or thoughts or vague perceptions — I don’t know what to really call them — for Thug Luckless continued to creep in around the edges of my brain. A sort of brain-landscape getting underway there. And it couldn’t be more different from what I’m trying to capture in Letter #6 for the other book. So there was a lot of maneuvering for brain space going on there, but Thug won out, for a little while.

Thug just gets more interesting to me every day.  The strangest things inspire me:

Those (in my opinion) hideously huge monogrammed, square-toed  Balenciaga boots for men. (They look huger on the models than it looks here.) 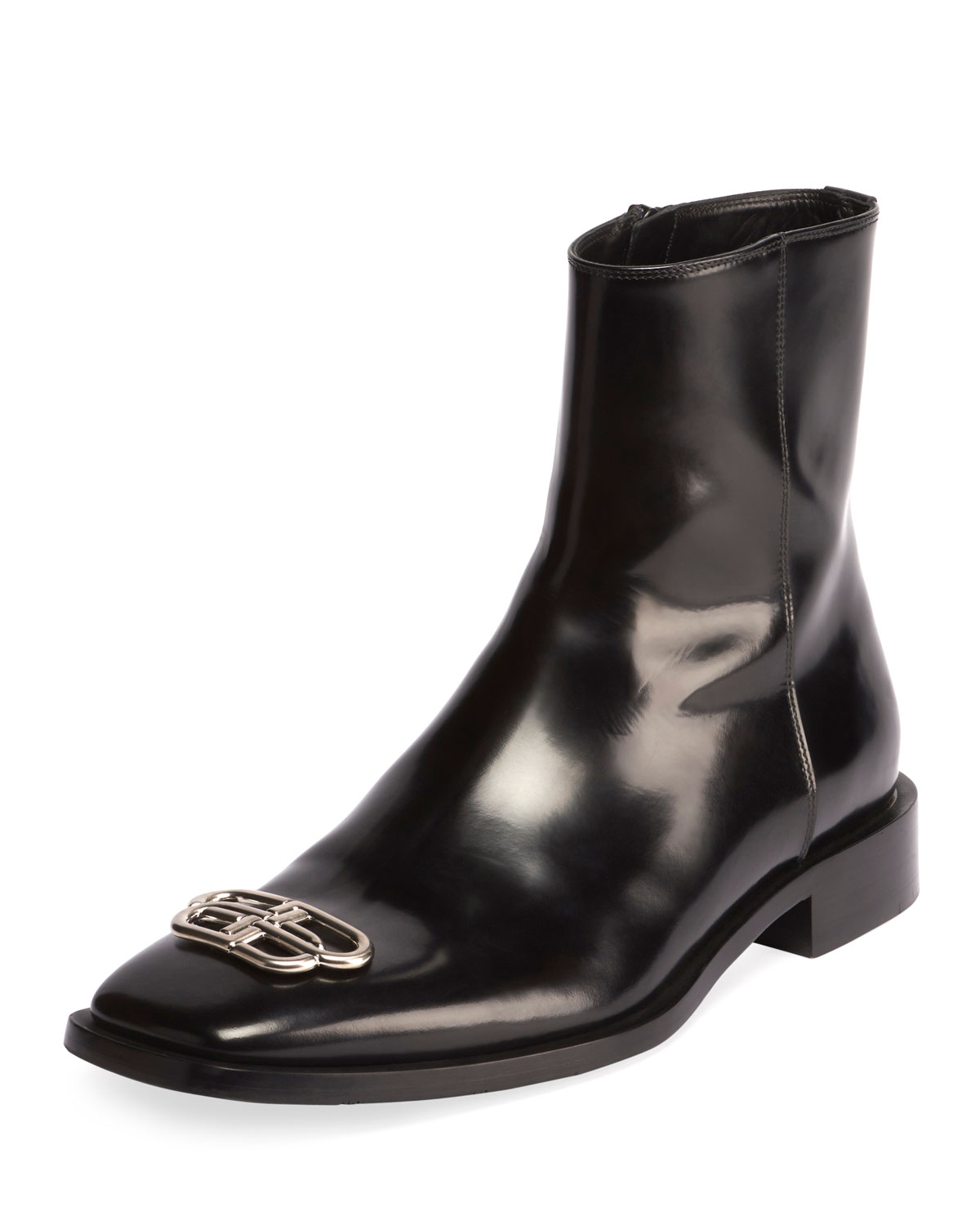 The old Rudy Vallee smash, sort of haunting, hit song, “Just An Echo in the Valley” from 1933.

And of course, the tone and overall temperament of Jean Genet’s ode to death & rape in Occupied Paris in the summer of 1944, Funeral Rites.

And then add the post-Apocalyptic urban backdrop of P-Town where most of the men were killed in the Apocalypse and there is no longer any working indoor plumbing so all the women are pissing in the streets, and then the pornographic premise of the AI sex robot, endlessly wandering around because the woman who bought & programmed him, died, and none of the other women know how to un-program him, so he’s fucking everyone, and gradually morphing from artificial intelligence into sentient intelligence strictly through sexuality. But nobody knows this is happening to him, or ever knows, and it’s sort of a tragedy. But beautiful.

It’s just an amazing hodge-podge of stuff swirling around my brain regarding Thug –and creating yet another one of those universes that sort of isolates me from everything and everyone around me… but I still love it. It just excites me to no end.

And yet, I awoke at 5:30 this morning,  suddenly feeling like: Okay, gotta get In the Shadow of Narcissa into some kind of manuscript shape today.

WTF??!! Where did that come from? That memoir could not be more different from the other two projects. And I really thought that the other two were on the front burners for now. But apparently they aren’t, because I was lying there in the dark, completely focused on Narcissa.

So there you go. All these projects that sort of lurch forward at the same time around here. And tomorrow I need to focus on Tell My Bones because I’m meeting with the director. And I’m thinking that I’m supposed to be planning on being in NYC next month to begin the table-read process so that I can rewrite the final act of the play and fix one of the main character arcs. Time is flying. And then at some point I have to be in Toronto with Sandra for the round table with the producers and the director for The Guide to Being Fabulous.

I still have no idea when that’s supposed to get underway. I only know the show is slated for the upcoming season, beginning in November, and I have a ton of re-writes still to do on it. But I won’t have any idea what those specific re-writes will be until we do the round table. And Sandra has to be in Stratford (Canada) beginning in April to be in the musical Chicago all spring/summer. So, um, hmmm….

Here’s a handy definition to have:

All right, well.  We’re certainly going to find out about that.

Here, the laundry is just about done. I’m thinking that later today, I’m going to drag the boxes out of the storage closet and take them downstairs and pack up all the Christmas stuff, while streaming more episodes of Black Books. (The dining room currently looks like some sort of Christmas thrift store, everything’s piled everywhere.)

But meanwhile, I have the segments from In the Shadow of Narcissa open on my desktop and I’m going to go over those now and format them into one manuscript and get a feel for how that reads (currently 9 pages).  And then maybe even write a new piece for it (and post it to the site). I’m not sure. Overall, since I want it to be chap-book length, I don’t see it being longer than 40 or 50 pages. I guess we’ll see.

So have a terrific Tuesday, wherever you are in the world and with whatever you’re working on while you’re there! Thanks for visiting, gang. I leave you with yet another cool Tropical Fuck Storm song, “Aspirin.” (William over at a1000mistakes blog in Australia had it as one of his top songs for 2019.) It’s off the TFS album Braindrops, released this past August. Okay. I love you guys. See ya!

[Verse 1]
The last summer that I saw you
At the BP with no cash
You were burnt out like an aspirin
And I was melting on your dash
And this was years ago when Richmond
Was way out on the astral plane
But it was fine ’cause I could see there was a light up in the tunnel
It’s okay, you know I remember how you used to say

[Chorus 1]
When you finally go
You’re gonna find out who you’ll miss the most
Well, I guarantee you’ll find it is not me
It won’t be any of the usual suspects, but whatever, man
Soon enough you’re gonna find out who I mean
When you go, you get to finally meet the one who tortured you
The one who hurt you worse than anyone, even me
And I’m just sorry that I won’t be there to tell you that I told you so
But soon enough you’ll leave, and then you’ll see

[Verse 2]
You’re the old sneakers on the floor, the coat by the front door
The ashtray by the milk crate in the yard
And you’re the dead fern in the hall, all the blanks in my recall
The old Toyota van I sold for parts
You were the house that they tore down
It’s now a vacant block of land
The ache I try to shake when I drive by
And you’re the dog ear in the book
I didn’t even know you looked at
And then other times, you’re furthest from my mind

[Verse 3]
Then I got something in the post, and there it is, your legal ghost
And just goes to show, you know
You’re kinda hard to leave behind
I don’t wanna go out no more, just the thought makes me recoil
It’s like that feeling when unwanted guests
Come banging on your door
They’re either too smart or too dumb
Or they’re too weak or they’re too strong
You said I’d be okay without you, yeah, you’ve been here all along
You were the best time I remember, and I do ’cause life is dull
It’s like you’re half the fucking neurons in my skull

[Chorus 2]
When you finally go, you’re gonna find the only thing you needed
Did exactly as it should and got you through
You did not need nobody’s help, just the idea of being helped
Though at the time it wouldn’t have felt like that was true
And when you go you’ll get to finally meet
The one who tortured you
The one that hurt you worse than everyone, even me