I didn’t move much from the desk yesterday,  but oddly enough, instead of having more sentences in Chapter 22, I now have noticeably fewer.

It was just one of those days.

And then realized that the sentence that had come before it was the real culprit and had to go. And then on & on, until I now have a 5-sentence opening paragraph left for Chapter 22 and that’s it.

10 hours at the desk yesterday yielded less than I’d started out with.

I just have to make that 20-mile trek into town and buy food and then we’ll be good to go around here.

I had my first quiz in Italian last night! And I didn’t do so terrible!

I did okay, actually. But I think that, for now, most of my correct answers were just subconscious guesses based on the similarities between Italian and French and I know French pretty well. But it was only my first week.  And I have a year to learn Italian. Plus the app is still really fun. I still look forward to doing it every day and feel a little disappointed when the daily lesson is over. So that says a lot right there.

And I worked for a couple of hours on the guitar last night. I still have a lot of ground to cover in the new material before I can incorporate it in to teaching piano.  So I have to sort of absorb it at breakneck speed. But it really is fun.

Sadly, though, I have to confront the fact that I need new strings.  I have been playing guitar for [heavy sigh] 50 years. And I still hate changing the strings. I usually don’t ever pull the “helpless girl” card in any area of my life.  I take care of myself, come what may in this world.

When it comes to changing my guitar strings, I go from this gal: 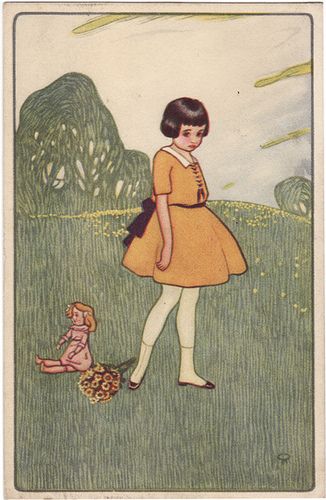 And I live completely alone now in the middle of fucking nowhere. Who’s gonna help me change my guitar strings??!!

When I played professionally in NY,  my bands consisted almost exclusively of guys. And I don’t know what it is, but they seem to change guitar strings like they’re in a pit crew for NASCAR or something. They do it so fucking fast, it’s ridiculous.

I would always try to change my own strings, but they would have to just stand there and smoke, like, an entire pack of cigarettes and I’d still be trying to change the one string. Until, finally, one of them would just go insane and grab my guitar and say, “Oh, for Christ’s sake, just let me do that for you!”

And then the string would be changed, snipped, and in tune in a nanosecond.

So I got used to guys changing my guitar strings. Even though, in the rest of my world, I’m perfectly capable of, you know, doing stuff.

However, the time has come where I have had to face the fact that I really need new strings.  Since the guitar store is 20 miles away and (I’ve discovered) really easily avoided, I forced myself to order some Black Diamond silver strings online. They should arrive momentarily.

And if the UPS driver doesn’t happen to play guitar…

Well, all in all, this is going to be a really big year for me, all the way around!

Well, I’m learning new stuff every day. And yesterday, I discovered that people in Copenhagen prefer not to post to Instagram in English. So I’m only making an educated guess when I say that they all seemed to love Nick Cave’s Conversation last night!

However, what they do do, is post photos in color! None of this artsy black & white stuff, like the diabolical Norwegians did.  So now I’ve discovered that the very same suit in all these different photos from last night – yes, from one concert – can look either olive green-ish, gray, or beige-ish/tan.

So, clearly, me and this obsession with Nick Cave’s oddly colorless suit, that I don’t even understand how it got started anymore. Well, clearly, since this tour is going to go on for most of the summer, and since I have a ton of fucking stuff in my brain already, I need to stop obsessing about his suit; stop pondering it so intensely on my phone and stop trying to figure out what color it actually is.

Clearly,  that way madness lies; let me shun that!!

Meanwhile, gang, have a wonderful Wednesday, wherever you are in the world!! I leave you with this!! My breakfast-listening music from the past couple mornings. Johnny Cash singing The Long Black Veil. Thanks for visiting. I love you, guys! See ya!