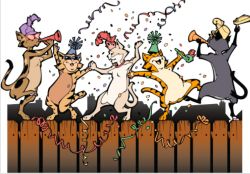 Yes, of course I’m referring to one of my cats!

Loyal readers of this lofty blog will no doubt recall that I often post photos of Weenie and Huckleberry sleeping on the bed. Well, Weenie’s tummy made it onto today’s Tummy Rub Tuesday post over at Katzenworld in the UK, leading to world-wide fame!!

We couldn’t be more excited!! To celebrate, we’re all hanging out in the windows, staring at birds in the yard!

Anyway. I was pleased as punch to see my little sweetie’s face & tummy staring back at me in an email this morning. Yay. Go visit the post and see all the adorable cats showing off their tummies today!

In other cool news related to cats (& dogs):  My long-time friend and collaborator, Val in Brooklyn, has gotten her Paws for Thought Comics strip syndicated online!! She will be publishing a new comic Monday through Friday on the Comx Box Comics Syndicate. Yay, Val!!

In other totally non-cat news… I’ve put my Biblical Hebrew studies on hold temporarily because I’m now taking the Shonda Rhimes TV Writing Masterclass for the next few weeks. I thought it could be cool to take the course while in the throes of re-writing the MOW TV Pilot for The Tea Cozy Murder Club: A Murder At Parsons Ridge. I’ll keep you posted as to whether or not that turns out to be, in fact, a cool idea…

I hope everyone enjoyed a splendid Easter (or a happy Passover)! (Or, if you’re neither Jewish nor Christian, I hope you just felt happy to be alive!) For the most part, we had gorgeous weather out here in the Hinterlands — and perfect driving weather for me and my new little Honda Fit!

You know, yesterday, I parked my car in the parking lot of the Granville Inn, and to my surprise, there were 5 Honda Fits, including mine, in that small parking lot. Truly, there were less than 20 cars parked there. Clearly, the Fit could be the new trend. (Instead of just having a fit, which used to be my fall-back trend. haha) It was so weird.  While I have always owned very popular cars, I always owned them decades after they were popular. To be perched on the absolute leading edge of a trend like this is a heady experience!

All right, all right. I gotta scoot. Time to write. Thanks for visiting, gang. I hope you’re enjoying this Tummy Rub Tuesday wherever you’re getting your tummy rubbed! See ya! 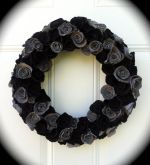 Loyal readers of this lofty blog will no doubt recall that I have written here many times over the years of my good friend Val in Brooklyn, who pens the Paws for Thought Comic strip.

She & I have been great friends since 1982, and we are collaborating on an illustrated mystery book series, The Miracle Cats. The first installment will be titled The Miracle Cats and the Case of the Purloined Passport.  We started working on the book well over a year ago. It was going quite well until all sorts of tragedies and extreme challenges began popping up in both our lives, including numerous deaths, and so the writing/illustrating of the book went down to slower than a snail’s pace.

Val and I have a long history of adopting and/or rescuing cats. In fact, way back in 1983, Val rescued a little black & white kitten who lived around the train tracks in Long Island City, out in Queens, NY, where Val lived back then. Val brought the kitten to live with me in my apartment in Manhattan. I named her Kitty, and she was a sickly kitty, but she lived to be 18 years old! And a very dear companion to me. She passed on December 13th, 2001.

Anyway. I digress. Val rescued Charlie as a teeny kitten. In fact, she rescued his whole family! Cleo, the mom, had 2 tiny kittens (Charlie and Pickles) and I believe they were all sort of sickly,  barely surviving under a freeway overpass in Brooklyn. This was 15 years ago. And, although Charlie was expected to die at any moment because of the cancer, his mom, Cleo, who seemed fine and healthy, wound up dying suddenly on the same afternoon as Charlie did. Completely unexpected and so very sad. Losing 2 furry friends in one day, and of course, leaving a 3rd cat, Charlie’s sibling, Pickles, to mourn the sudden loss of a whole family.

Val has several other cats, as well as a rescued dog, and many ferals that come and go in her backyard sanctuary in Brooklyn, yet it is still so sad to lose any members of our families, regardless of how many critters there are! My heart goes out to all of them.

One of these days, things will finally calm down. The clouds will pass, the sun will shine, and we’ll finally finish creating The Miracle Cats! But in the meantime, we ponder the loss and the very meaning of life, even as life goes on. Thanks for visiting, gang.

Loyal readers of this lofty blog will no doubt be at least a little familiar with my good friend Val from Brooklyn, who pens the Paws for Thought Comics.

The other day, she did a great tribute to the late Mary Tyler Moore. I love the details of this!

First, the actual shot from the opening credits of the Mary Tyler Moore Show:

Next, Val’s Paws for Thought tribute:

Okay! As always, life goes on around here.  Hard at work on the re-writes for the TV Pilot, once called Cleveland’s Burning, but now called “Untitled Cleveland Drama”. That’s my first attempt at “please give it a new title.” Ha ha.

Do you know how it is when you finally tap into your groove? Kerouac called it “finding your way in” to the piece. Once you find that way in, it’s like it takes on a flow and energy of its own. Hours go by and it simply doesn’t feel like any time has passed because you are so into what you are writing.

That is the longed-for-hoped-for head space of the writer. That’s where I’m at right now. Hopefully that flow will just keep flowing. It’s only 64 pages, after all! Right? So how hard can it be to keep flowing???

All righty, gang. Thanks for visiting me on this snowy Friday in the hinterlands! I hope you have a terrific day, wherever you are and whatever you’re doing out there! See ya! 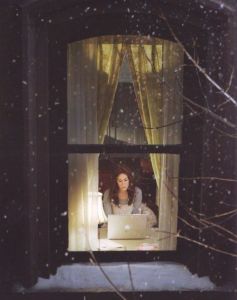