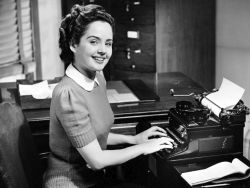 I got the email from Bohemia Group last night, alerting me that the live table read for my movie-length TV pilot, The Tea Cozy Murder Club: A Murder at Parsons Ridge will be held Tuesday night, Feb. 21st, at a venue called Geeky Teas & Games in Burbank, California.

I’m so excited about the table read for Tea Cozy Murder Club because it will be a chance for me to hear professional actors (!!) reading the script. (Yes, they read it out loud! They don’t just sit around a table and read it quietly amongst themselves…) (ha ha)

Anyway, this is a chance for me to get feedback on the characters as well as the overall pacing of the script. Then I will get input on suggestions for revisions (not from the actors).

Why, yes! This does in fact mean that not only am I now knee deep in re-writes for Cleveland’s Burning, I will soon have notes for re-writes for Tea Cozy Murder Club on my desk, as well!

But, hey! I’d rather have this kinda problem, right?

For those of you new to Marilyn’s Room, this is the logline and the synopsis for the pilot script:

The members of a small town book club that delights in solving cozy old whodunits suddenly find themselves with a very real not-so-cozy murder to solve. Murder She Wrote meets the Golden Girls.

Halloween approaches and the days are growing colder; as the leaves are changing to gold and orange, an actual murder takes place at the College at Parsons Ridge. A single, attractive, yet very unpopular teacher is found dead at the foot of her stairs. She is in stocking feet and had clearly been drinking wine alone, so it is assumed she slipped down the stairs and broke her neck in the fall. The members of the Tea Cozy Murder Club are not so sure it’s an accident – they believe it is murder. With the help of Mona’s daughter, Natalie, who is a rookie officer at the local police station, and her boyfriend, Blair Overfield, the man who owns the local inn (an historical inn that is allegedly haunted), the women of the book club decide to put their sleuthing skills to work and solve the murder themselves.

Also, later today, I will be getting editing notes on my revisions to most of Act One of Cleveland’s Burning from the lovely and talented poet/writer/New Yorker, Iris N. Schwartz! I am very eager to hear her feedback. She edited the first draft of the script a couple years ago…

Okay, gang! Enjoy this merry Valentine’s Day, wherever you are and whatever you’re doing! (And here’s my very favorite Valentine from yesteryear!!):

Thanks for visiting!! Love ya!!