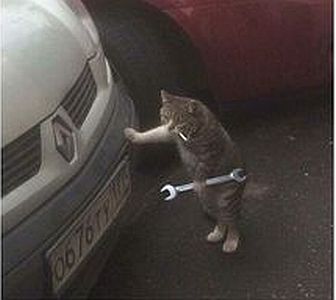 One thing about Peitor is that once he’s in England , it’s really hard to get him to come home. He really loves it there.

He went there this weekend because of the death of his father-in-law, and we were supposed to do some work over the phone while he was on some sort of airport layover on Wednesday.

All of his plans have changed now, though, and he’s taken an Air BNB in a little town on the English Channel, where he’s planning to go and stay, alone, as soon as all the memorial/funeral things are over.   His husband will be flying back to Los Angeles on schedule, without him.

And so that is where Peitor will be when we, of course, work together over the phone  some time this week.

God forbid we miss an opportunity to work together over the phone.  In addition to the scripts we’re writing for Abstract Absurdity, he also has written a (really cool) book that I’ve been editing for him and we very often do that work over the phone, too.

I’ve done a lot of work with him over the phone, over the years, while he’s been in really gorgeous locations with stunning vistas.  He constantly texts me photos of where he’s calling from while we’re working together over the phone.

It’s really just so weird how much time we’ve spent working with each other over the phone… You’d think that he’d rather just sit there and enjoy the stunning vistas from time to time.

Not that there are stunning vistas at the Algonquin Hotel – it’s in Midtown Manhattan. Still, I’m not planning on working with anyone over the phone while I’m there.

(And in all seriousness, I’m really, really hoping, gang, that I’m going to somehow manage to take care of all the tech rehearsals & any needed re-writes for the play and still make it to both of those Nick Cave shows in NYC without inconveniencing anyone. It’s that show at Lincoln Center that will be the hardest one to manage, schedule-wise, and that’s the one I really don’t want to miss. Not just because I got a great seat; it looks like it’s the kind of theater where you can’t really get a bad seat. But I think the acoustics in that theater are going to be amazing and I just don’t want to miss it, but I also don’t want to seem like some sort of weirdly obsessive person, or anything. )

(YES, I KNOW! I am a weirdly obsessive person! Thank you very much for pointing that out! But I just don’t want people that I’m working with professionally to find that out right away. I want them to get a little deeper in before they find that out…)

But I digress. Parenthetically.

Okay. So speaking of working…

No, I didn’t get any work done on the novel yesterday and I didn’t even try. I could tell my mood was not conducive to writing.

For instance, loyal readers of this lofty blog will no doubt recall that last August, I wrote a post called Mob Guys, Part 1.  Wherein I talked about being 20 years old and moving to NYC and within about 17 seconds of moving there, getting pregnant. And really, really, really wanting that baby, but then finding out that the father (the 40-year-old man that really, really wanted to marry me) was a hit man for the Mob.

Yesterday, just sort of by chance, I saw this girl. She was wearing black Converse high-tops and a short black sundress. She was all legs. And had really long, straight brown hair. She couldn’t have been more than 17 years old. And there was just something about her that made me think that my kid would have been just like her.

And it started a whole ball of “what ifs?” rolling in my head. Would I have married my first husband if I’d had the baby? Probably not. Would I have eventually married Nick instead (the man in the Mob)? I doubt it, but he certainly would have stayed in my life. And I probably would have never moved away from NYC.

The “what ifs?” really escalated in my head; all the probabilities playing out in my mind. Probabilities that had never occurred to me before, even though I often think about that daughter I didn’t have & I miss her.

And it wasn’t so much the loss of her last night that really got to me, it was the sudden realization that Nick would have made a really great dad. I was completely certain of it, all of the sudden. And that thought had never once occurred to me  before.

As the decades unfolded for me in NYC, the Mob was in my life to varying degrees, over and over. And not to overlook the very real fact that some of those guys do kill people, they also have families that mean the world to them. It is part & parcel of who they are; their love for their families defines them.

When I was 20, and fresh from Ohio, and the Mafia was terrifying to me, I didn’t know any of that stuff. I made the decision based mostly on the fact that I knew I would be a terrible mother at that age. And also because I had been illegitimate when I was born and I hated that fact about me and I didn’t want to pass it along to my own kid. And then, overriding that, was my fear of the Mob.

So, last night, remembering how angry Nick was when he found out that I killed his baby – a baby he really, really, really wanted (I can’t stress that enough, unfortunately); and when it finally occurred to me: Oh, man, he would have made a great dad; he would have loved that kid to the moon and back.

Well, deciding to judge him when I was 20 years old, and deciding to play God, as it were,  without thinking of anybody, really, but myself – realizing all of that 38 years later; that was the hardest part of last night.

I don’t wish that kind of awakening on anybody, gang.