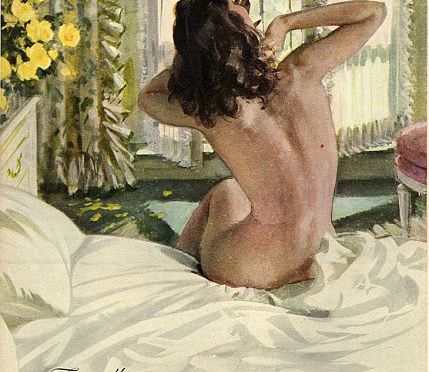 Even in the intense heat yesterday (at one point, my outdoor thermometer read 99 degrees Fahrenheit but I think the sun was beating down on it),  I still got great writing done on Tell My Bones.

I was so happy yesterday.  Once I was able to finally figure out where the revisions from the staged reading script fit in with the overall play, I made so much progress.

Caffeine had a lot to do with it, but at one point, I tuned into that signal of the Muse and everything came in loud & clear. It was wonderful. It just flowed.

I still have a lot of revisions to tackle before Tuesday, but one of the trickiest junctures is done and I’m just so happy with it.

And even though it was super hot in here last night, for some reason I slept really great. I was up at 5am, did the usual cat-breakfast-furry-feeding-frenzy thing downstairs. Got my coffee. Went back upstairs to meditate. And during the meditation, I realized that I am in such a great space today, energetically speaking. The feeling was pronounced. I was just totally blissed out.

Do you ever just lie in your bed with your eyes closed and try to imagine that you’re somewhere else, but try to get the details so precise that you actually feel that if you opened your eyes, you would be in that place?

I love doing that. It feels so cool. Like you’re actually building a new reality  outside of yourself.

After I finished meditating, I was in such a relaxed emotional space. The sun was just coming up and I just wanted to lie back down in bed, curled around my pillows, and take in the peacefulness of this amazing town.  So tranquil at that hour.  And so many trees. So many birds singing.

And when I closed my eyes, I started imagining one of those high-end glamping-type tree houses. It was screened in on all sides, so it had a 360 degree view of something lovely, although I’m not sure what. But I could feel the breeze coming in, because there actually was a breeze in my room. And I could hear the birds singing around the tree house, because birds were actually singing over here on this end of it. And there was nothing in the tree house but a big bed, and there was a mosquito netting canopy thing over the bed.

And then suddenly it just sprang into “reality” and it felt like I was really there.  And that if I opened my eyes, I would be there in that tree house. It was just so cool. (And the guy in the beautiful robe who brings the coffee — see the post re: I Live Vicariously Through These Two — he was suddenly there, too! Whoever he was. And the robe was only sort of implied, you know, but not on anymore. And he was just as peaceful as I was, and just lying there with me. It was just perfect. And even though I didn’t want him to bring me coffee, I knew that he would if I wanted it.

I have never had a guy bring me coffee in bed. That is just ridiculous, isn’t it? Part of it is because I’ve always been a really early riser and most people are still asleep for several more hours after I’m up and puttering around. The other part is that I’m really particular about my coffee. I take milk in my coffee, but a very specific amount. And I know when the amount is perfect by the color of the coffee.

I have no actual problem with any of that stuff, you know. And I can be almost unbearably perfect about it. And why wouldn’t I want to do that, especially if I’m in love with some guy, right? But just once, I would love to just lie there, blissed out for whatever reason, and have the most perfect cup of coffee brought to me while I get to just lie there and love my life.

And yet, it turns out that it is a little too much to ask. I will probably have to get a wife in order for my cup of coffee to be absolutely perfect…

But anyway. I digress!

I was taking in the whole tree house thing in my mind and how incredibly real it felt, and how incredibly blissed out I felt — with or without the phantom guy with the beautiful robe no longer on. And when I opened my eyes, and I saw how beautiful my maple tree looked outside my windows, and how beautiful the sky looked beyond the tree, with the sun coming up. And how much I love my bed and my pillows and this incredible bedroom in this house that I love…

I realized that it doesn’t matter where I am, I am just super happy, gang.

Okay, well! The weather report for my birthday tomorrow has changed significantly. It’s still supposed to thunderstorm, but those storms are now set to begin later tonight, and by tomorrow , the high is only supposed to be 74 degrees Fahrenheit! So I shouldn’t have any trouble sitting all day at my desk and writing. I really need to finish the revisions on the play by Tuesday and I know I still have too much left to revise to get that all done today.

That said, though, I’m gonna scoot now and get started on that.

Have a super blissed out Sunday, gang, wherever you are in the world! Thanks for visiting.  I leave you with a blissed out song, if there ever was one.  From my wee bonny girlhood! I love you guys. See ya!

Four in the morning
I woke up from out of my dreams
Nowhere to go but back to sleep
But I’m reconciled
Oh, oh, oh, I’m going to be up for awhile