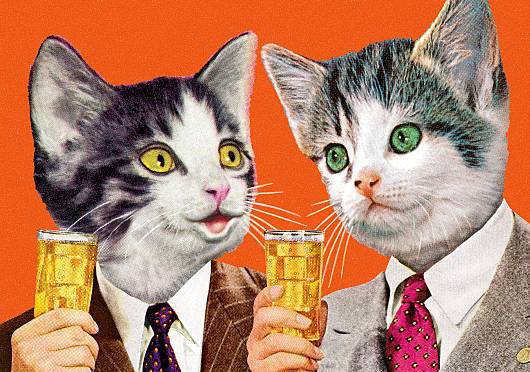 There’s nothing at all wrong with this Airbnb. As Midtown Manhattan apartments go, it’s totally okay. But hotels are 100 million percent better.

For instance, another guest is here and sharing the bathroom with me. I don’t know who it is, but it showered during the night and used my one and only towel!! Now I can’t shower again until the magic towel fairy mysteriously shows up from wherever she actually lives and brings me a fresh one.

I would rather remain my own unshowered person indefinitely than use a damp towel after some total stranger in NYC used it.

But other than that, it’s a perfectly serviceable room. The bed isn’t terrible but it’s incredibly noisy right outside the window, so I only slept 3 hours.  I have nothing to do today but write and have lunch with Wayne, so I’m guessing I can just nap off and on all day if I want to.

NYC has gotten so crowded and so congested with traffic that it’s really just a pain in the ass kind of city now, with no charm, no character. All the things I used to love about it are gone, but it’s still fun to visit for brief little periods.

And I’m thinking that the plays will bring me back to NYC more and more, so I’ll deal with it. But seriously, it isn’t even the tourist season right now and it’s just wall to wall people.

I’m not sure yet how much of that meeting that I had yesterday is suitable for posting to the blog. I guess right now, the only thing I can say about it is that it was nothing like what I was expecting— in essence, the director hit the ground running, in terms of the things that will be coming quickly into place to begin getting the show off the ground. It was the start of a dream coming true, gang.

In the cab ride after the meeting, Sandra said, “Do you know how lucky you are? To have someone doing all this for your play?”

Yes, I do know. But it’s not luck. It’s a lot of prayer and it’s several years of paying really close attention to everything imaginable. 3 and a 1/2 years ago, I first saw a play he directed and I knew he was the director I wanted to work on Tell My Bones, which I hadn’t even adapted satisfactorily yet. Then it was all about connecting with him on social media; talking to him during the intermissions of every other play I saw that he directed.. Saying hello to him every single time I ever saw him anywhere, even though I knew he didn’t know me. Interrupting him at dinner once to tell him I was a writer. Then getting to know his significant other, meeting him for cocktails in NYC  and in Ohio , when the director was too busy. Then telling the significant other that Sandra and  I had a play I wanted the director to direct and, after he googled both me and Sandra, he said, “I’ll talk to him.” Finally, 3 years on, I emailed the director my script so that he could read it on an airplane because it was the only free moment he had….

I don’t really think of that as luck. It’s 3 and a 1/2 years of just staying incredibly focused. And also spending an enormous amount of time writing and rewriting and rewriting that play. But that aside — wow, gang. I could not be happier. We haven’t even raised one dime yet in production costs and yet he already has his game plan in place to get the play off the ground. By the time I came home from seeing Nick Cave last night,  I saw on my phone that the director was already beginning the social media campaign.

Wow, Nick Cave, gang. I am so glad I get the chance to see him again on Monday. It was so wonderful and the time just flew.  I will be up in the balcony on Monday so it won’t be the same but at least I’ll be there.  The venue last night was really just a fantastic place to see him In.  Sort of small. Great acoustics. Really comfortable. The reason why my 4th row Orchestra seat became the 7th row, is because 3 rows of seats were set up in the orchestra pit, since there was no orchestra last night. But it was still a great seat — and it wasn’t over to the side; it was dead center.

Anyway, it was just perfect. A totally perfect night. And his fans are really interesting people. I’m not saying that to flatter myself. But they really do seem to be a whole different type of person. A lot of foreigners were there. Really different fans, overall, from the old days. Still there’s also something about some of the old days that I kind of miss.

But I’m just so glad I got to go. I just love him so much.

Okay. At some point within the next 30 days, Edge of Humanity Magazine will publish my new installment of In the Shadow of Narcissa. I’ll keep you posted! And any day now, that excerpt of my new novel, Blessed By Light, will appear in the Exterminating Angel Press Magazine, so I’ll keep you posted about that, too.

And now I will scoot! I’m leaving you with a shot of my Airbnb room at dawn — my carry-on exploded. And then I did take one photo at Lincoln Center last night before the show started.

Have a wonderful (Nick Cave’s birthday) Sunday, wherever you are in the world! Thanks for visiting, gang. I love you guys. See ya! 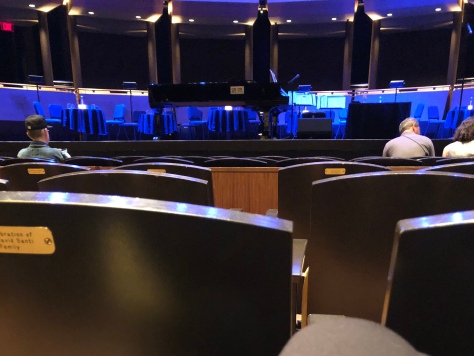 2 thoughts on “Hotels Are Better…”