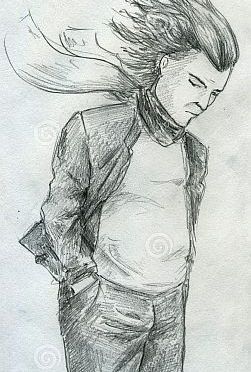 (MINI UPDATE:  I forgot to mention that Nick Cave & the Bad Seeds will be going on tour in support of their new album, Ghosteen, beginning in April 2020 !! One thing that fills me with an inordinate amount of relief is that I don’t have to try to buy a ticket to any of that madness… However. Tickets begin going on sale next Friday.)

I have to say that, as much as I love and utilize Amazon when buying so many things, when it comes to people making money off of my allegedly out of print books, it makes me want to tear my hair out.

Well, my hair is perhaps one of my more outstanding features, so it makes me want to do something else equally frustrating. Not sure what.

And I’m not talking about anyone selling those used “collectors” copies of my old paperback books that frequently fetch hundreds of dollars (as opposed to the $7.95 – $12.95 it originally cost when the publisher published it.) I’m talking about people who are selling brand new copies of books of mine that are out of print, that allegedly sold out of their print runs a long, long time ago. Sometimes, as in the instance I mentioned here before, early in the summer, someone is selling hardcover editions of When the Night Stood Still — one of my out of print books that never came out in hardcover. Ever.

And the way that particular title is distributed is stupidly complex so it becomes impossible to figure out who is actually selling it. And I’m guessing it’s being published by print on demand.

The other thing that confounds me — and I’m not going to say which title it is because I don’t want anyone else to go flocking to it and buy it — but the title is ranking decently in sales in a couple of different Women’s Books categories on Amazon. (Another book of mine that was published in 2004.) That one really irks me because, if it’s showing up in sales rankings, someone is actually making money there.

In both of these instances, the true publishers have been out of business for years. And nowadays, it is so easy to scan and then “publish” a book by printing it on demand.

In other instances — involving eBooks of mine that are published by huge publishing houses — I see now that they’ve dropped their prices drastically on certain eBook titles of mine and that is of course cutting into sales of similar eBook titles that I publish myself. (in other words, they’re drastically underselling me.)

It is just so fucking frustrating. I try not to focus on it, you know. Just keep moving forward and put my energy in that forward direction and not look at life through the rearview mirror — and I guess just be appreciative that people still want to read these really old books… grumble grumble grumble

All righty. That’s my rant for today. My phone chat with Peitor is happening here momentarily, so I’ve got to get into the headspace of script-writing and out of the headspace of frustration. I was glancing over the script thus far and realized that I recall next to none of the details, so I need to really go over my notes before the phone chat.

I want to mention quickly, though, that none of the cats have gotten to the palm tree!! I did see that a copy of Walt Whitman’s Civil War poems was lying on the floor this morning, so obviously one of the cats attempted to get near the tree and gave up when a book fell down on them. So, it’s working!! Yay!!

Okay. I’m gonna scoot. And try to reclaim this frustrating morning. I hope you have a happy Friday, wherever you are in the world!! Thanks for visiting, gang. I love you guys. See ya.