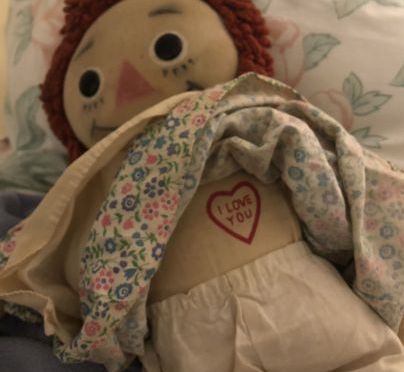 I will not linger here this morning, since I was not only here on the blog 3 times yesterday, but I was also online, texting & emailing a LOT yesterday because of Helen’s birthday stuff. And so today, I must go into the isolation booth and remain there…

My biggest challenge right now –and all week — has been one single chunk of dialogue, if you can believe it.

The character’s name is: A White Man From Mississippi. And he is the type of art gallery owner that both gouges the art buyer and rips off the artist (one step away from being a thief). But he is also a carnival barker. So everything he says has to come out in that exhorting, intensely fake, creepy/menacing loud way.

However, he has to sound genuine — not just like a buffoon or something. And in this specific chunk of dialogue that is really vexing me,  he’s confronting one of Helen’s grandson’s, who is fucked up on pills and booze, and has just robbed Helen of her life’s savings and caused her to have a paralyzing stroke, so she can never paint again.

The White Man From Mississippi (gallery owner/carnival barker) is belittling the grandson for being such a loser; his petty thievery killed the goose that laid the golden egg. Whereas he, the White Man From Mississippi (more of a master thief), has access to all the golden eggs if he wants them and can buy & sell them, over & over & over, eternally, at whatever prices the market can bear.

And then the staging is such that the White Man From Mississippi is sort of like God & the Devil, talking down to the intoxicated grandson from Heaven, while all of Helen’s dead loved ones and ancestors, sing a really slow and drawn out stanza from the slave hymn, “I Want to Be Ready to Walk in Jerusalem Just like John.”

It’s gonna take up maybe 3 minutes of stage time, but it’s taking me FOREVER to get it right!!!!!!

I was bordering on not wanting to get out of bed at all this morning, I am getting just so frustrated with it, but here I am. So, onward.

Oh, if you saw — the music has been switched out again. It’s another one of my folk songs that was on vinyl. It came out in 1982, and is now on Smithsonian Folkways Records — the specific record is “Women in Song,” from July 1982.

My song, “One Thing Leads to Another,” is about a roommate I had while in the mental hospital, whose dad had been raping her regularly, until she became a drug addict and sort of went crazy.

It was really strange to hear her talk about her life because she was so matter of fact about it.  And the rapes always happened on Thursday nights, because it was her mom’s bowling night — that little fact always struck me as just so creepy.

I wasn’t super nice to her, because I thought she was really strange and I was, you know, forced to share a room with her. Of course, we were both only 15, and I was seriously fucked up with my own mental problems, so I couldn’t really grasp (until a few years later) what her problem really was. She would talk about sex with her dad as being really fun and exciting, so I thought: well, then what’s the big deal?

Something like that. I wasn’t totally heartless, or stupid, but she was so hard to talk to. She was really in denial and way off in la-la land, but I couldn’t really empathize because I had all my own issues that I was drowning in.

Anyway, so that’s that song.

Okay! I’m gonna scoot!! And try to nail this thing before I totally lose my mind.

Have a wonderful Thursday, wherever you are in the world!! I leave you with more breakfast music from Angel Clare — and this one is just too cool. It’s a medley that is just brilliant and really just messes with your whole soul, in a truly glorious way, but you have to hear the whole song.

Oh, which reminds me! Amazon UK informed me that the arrival of the Ghosteen CD (Nick Cave & the Bad Seeds) is imminent in my very near future!!! (Yes, it is being shipped to me from the UK, because I pre-ordered it the moment it was available to pre-order, and didn’t wait the handful of moments for it to be available for pre-ordering in the US, and so, rather than have it shipped to me from the Amazon warehouse that is literally 25 miles from me, it’s shipping to me from the UK…. Well, that’s me, in a nutshell.)

Okay, enjoy!! Thanks for visiting. I love you guys! See ya!