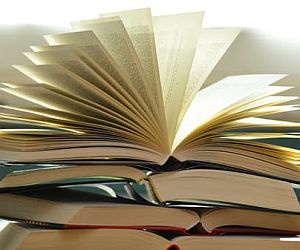 The following contains sexually explicit material, so please be advised. Thanks!

Hymn to the Dark

Shapes in the bed at night now. Soundless but entwined and enigmatically engaged. Thrusting, shifting, turning. Bordering on life. This is you, on top of me, in my dreams.

Sometimes it’s complicated – the positions my mind needs from your phantom form. Sometimes it’s brutal and yet my orgasm still erupts, the shock of it contracting me sharply around my solar plexus.

Most times, though, the need is almost unbearably simple: to learn the scent of you, your skin, your neck; or to hear the sound you make when desire can climb no higher in you and becomes climactic. The shift into ecstasy.

What does that sound like in you; how does it feel outside of you, but up close? The electric pulse of lust, flowing freely from you into me. With no emotional baggage. No barriers of doubt, disappointment, or change.

You’re a stranger to me, so you are weightless on my soul. But the measure of my love for you within my very being? It’s as profound as gravity – a presence to which I can attest; still, a force I cannot explain.

When I was five, I awoke with a start, alone in my bed.

It was summer, early in the morning. The sun was up but the house was silent. The feeling between my legs that had awakened me was urgent, persistent, undeniable. But I had no ready understanding of what it was, of where the feeling needed to go. The only thing I knew how to do down there was pee. So I tried that, to see if that would lead my insistent body to its desired destination. But all I did was wet my PJs and – very nearly – the bed. It felt nothing at all like the feeling I was somehow expecting.

I hurriedly slipped out of bed and changed into pajamas that were dry. And then hid the evidence of my incomprehension, crumpled into a pee-soaked ball, at the back of the dresser drawer.

Imagine, as I’m imagining now, that little girl of five, grasping the profoundness of you. Right at that moment. Perhaps that’s what the essence of her being was trying so hard to propel her toward – the rapture of it; the idea of you.

It took forever – two more years – for me to finally allow the orgasm to have its proper moment; to be known.

I was seven and convinced by then that the feeling of urgency my body was always climbing toward in my bed at night – my fingers between my legs now – was merely the signal to pee. I would not be fooled again. It would just make a mess.

Luckily, the gods that created Life and planets and daffodils and the moon and fox terriers and babbling brooks and lightning and little turtles and giant squids and oak trees and maple sap and snails and peppermint and a kitten’s purr and milk in nursing female mammals and worms and trout and iguanas and wild violets and strawberries and all manner of crustaceans and the arachnids, also made the aroused clitoris a thing extremely difficult to ignore.

One night, I was simply too weak-willed to resist its incessant pull any longer. If I wet the bed, then I wet the bed, but I simply could not stop the flow, the amazing feeling. I kept rubbing that little nub between my hairless legs until I passed breathlessly over –

“Into that thing your body does, you know? That thing that happens.”

But none of my little seven-year-old girlfriends had a clue what I was referring to: What thing?

Let me tell you about a young woman from Queens with long dark hair. She played an electric bass guitar back then. She wore a motorcycle jacket and black jeans. Combat boots. She wasn’t tatted up yet, that came later. She played punk rock. She smoked. She had a persistent heroin habit. That part’s gone now, but at the time it was an ever-present wedge between us.

I loved that woman. Real love. The kind I have transferred over to you. The kind of love that reaches forward through dark centuries of chaotic knowing and secret longing and makes its presence undeniably known.

Sometimes she was clean, and she’d come around to see me.

Those moments were what I thanked God for. They were the actual moments in which I knew I had a deeper reason to exist.

You cannot ever know many people like that, or in that way. That way that emits that type of cry from your own soul. The kind of love that you simply must pursue because all the things you agreed to forget about when you were born are hiding in plain sight within those eyes, that face; in the world that those eyes create in your dreams.

That first night that she was clean and I was sober at the same time and we found ourselves together, sitting on my bed – we kissed, with bodies that were not deadened to life but that could feel – all of the intensity that there is to feel. That night, that moment, she undressed. I probably did, too, but my own nakedness was not of enough interest to me to override for even a moment just how lovely her naked body was.

It was the moment I’d been born for
exulted in
to remember her suddenly, from some
deep black
sleep;
a memory of worlds
going horribly wrong –
in order to be together again
here now
in the quiet safety of my bed
in my meager apartment in
the East Village,
seeing her beauty anew in
a new life a
new way
a different and
now very sacred light.

By then, I had made many other girls come with my mouth, my tongue and, usually, two of my fingers up their slippery holes. I loved making girls come. I loved eating pussy. I was not particular at all. If a girl wanted to play, I played. If a girl didn’t want to play and I did, I tried. I knew how to take no as the second answer, not the first. I was persistent when I wanted a girl.

But with her – it was a gift. She gave her naked body over like a gift. And my mouth on her was tentative; could it be real? A woman I loved so dearly would open herself so wide for me?

And when her orgasm came, it seemed to come abruptly. She shuddered and it was undeniable.

Hers were the only orgasms other than my own that could leave me breathless and filled with awe. Her body coming, her face happy and my mouth on her down there.

Down there. That was the place my fingers learned to seek, alone in my bed at night. My mind told me stories. Terrible, brutal stories about bad, bad girls and their beautiful daddies who are always right there to reluctantly mete out the punishment.

That was the world that blossomed for me, even as early as age six. To this day, I have no idea where it came from, why it was there, waiting for me and why I was so delightfully pulled into it; so much so that I couldn’t wait to go there almost every night.

The man who had raised me was gentle, fair, pragmatic, sober, and in those early years, kind.

Do you know this – that I adore you? That the mere idea of you is all it takes to cause me to sink under and surrender? To those waves of thoughts that have grown up so much since I was six; that world within me that still tells stories, but simpler ones.

Still, my mind goes willingly into those fornicating pictures – into the noise, the sweat, the fear and the taboos, into the sanctuary, the force and sometimes even the pain – to conjoin your form with my own.

The idea of you on top of me or next to me or under me or all around me; my mind and my body go willingly into the fray of you to become, for a moment, the flowing answer that it can never truly know. Until the orgasm comes. And the questions begin again.