Yesterday was so good, gang.

Even though I’m a little stressed because of both plays moving forward at the same time, in 2 different countries, I’m of course extremely happy about it.

While I was vacuuming the house, though, I noticed that my oldest friend in the world — he’s my age, 59, but we have been good friends since were 12, so he is my “oldest” friend.  I noticed that he had called me but didn’t leave a message.

He always just texts me so I thought maybe he called my number by accident.

Loyal readers of this lofty blog will no doubt recall him, because I’ve blogged about him before — he is a geologist and he works for NASA in their current space program. He’s lived all over the world and studied rocks, but for the last couple of decades, he’s been in Houston, Texas, working with NASA.

I see him maybe once a year, twice if I’m lucky, because he still has family in Ohio and comes back for graduations and stuff like that.

We are very close, though. We have always had the same tastes in music, literature, drama, movies, and art. And we have the same sense of humor — the silly and the absurd.

But the two key things that are really different about us: I was in my early 30s before I found out that he was gay. (Very weird, considering I was “out” as a bisexual since I was 14 years old. And I put “out” in quotes only because it never occurred to me that it was something I should be secretive about. ) And, more notably, he’s a devout atheist. Hugely atheist. Whereas, I am hugely not atheist.

But somehow, we’re able to still be really close. And last summer when he came through Ohio, he decided he wanted to start looking for a house in the next county over from me, where it is known for all of its caves and hiking. And I mean, internationally known: a couple million backpackers go through that area, from all over the world, every year.  He’s getting ready to retire and wants to move back and buy an old house and  live near the caves and the cliffs and all those rocks.

I can’t even believe that he is at “retirement” age, because, as a writer, I have the mindset that I am never going to retire. If I can still spell, still craft a sentence, I’ll still be “working” in some capacity up until I die. I don’t understand this concept of retiring. Plus I’m still only 12, and so any form of retirement is just a long way off…

But last night, he did it again. Called and didn’t leave a message.

When I’m at my desk, my ringer is off on my phone. So I don’t know if someone’s calling me unless I happen to see it on the screen. And, again, I didn’t see his call until he’d hung up. And it’s just not like him to ever do that. He always texts me. So I texted him: Are you trying to reach me?

He texted back right away. Yes, I am. I know it’s late but please call. We need to talk.

SHIT, you know? You just know it can’t be good. So I called him right away.

So we talked about the treatment, and we talked about how badly he wishes he could just gain some weight now (he’s almost to the Auschwitz-looking stage). And he talked about his atheism, and he told a very silly but funny Amish joke, and then we talked at length about the Romanovs. Because we are both hugely interested in Russian history and Russian literature, and the Romanovs have always been extremely interesting to me. So we focused on the Romanovs instead of on cancer. And then we closed the conversation with him saying he hoped to be back here in the spring, to look at more houses and finally find one that he wanted to buy. And then he asked me how many cats I have now, and I said that I was down to 7. And he said, “Okay, that’s good. You still need way more than that to be a crazy cat lady. But God bless you for taking such good care of them.”

And, of course, I found it so strange that he chose to say “God bless you.” Just so very unlike him. But I didn’t draw attention to it.

And afterward, when we hung up, it was late and I simply went right to sleep because I didn’t want to process any of it. At all.

When I awoke at 4:30 this morning, for a blessed moment, my mind was a complete blank. First, I thought about the two plays and specifically the work I’ll need to do in Canada. And then I thought about Girl in the Night: Erotic Love Letters to the Muse, and whether or not I wanted to tweak Letter #5 some more. And then I remembered that the Ghosteen CD (Nick Cave and the Bad Seeds) had arrived yesterday from Amazon in England. And the packaging of the CD was very beautiful; spare but beautiful and I was so happy that I had bought it. And then I remembered that Peitor would be calling from Los Angeles this morning because we have to work on the micro-script.

And only then did I remember that my oldest friend in the world is, well, not doing so well at all.

And of course, I couldn’t help but start thinking about us as 12-year- olds (he was the first person ever, and I mean EVER, to tell me that I was intelligent); then as 16-year-olds. Books and music and movies always solidified our friendship. And he never judged me, ever, for any of the terrible stuff that happened to me back then. He was always just my friend.

When we were 17, he said, “You have to see that new movie, Annie Hall. She’s just like you, Marilyn. She’s you.” And even though I did see the movie (5 times) and loved it, it was years before I was able to get any sort of perspective on myself and see that he had been right. I was just like her, and back then, I even dressed like her.  (The actual character, not Diane Keaton.) 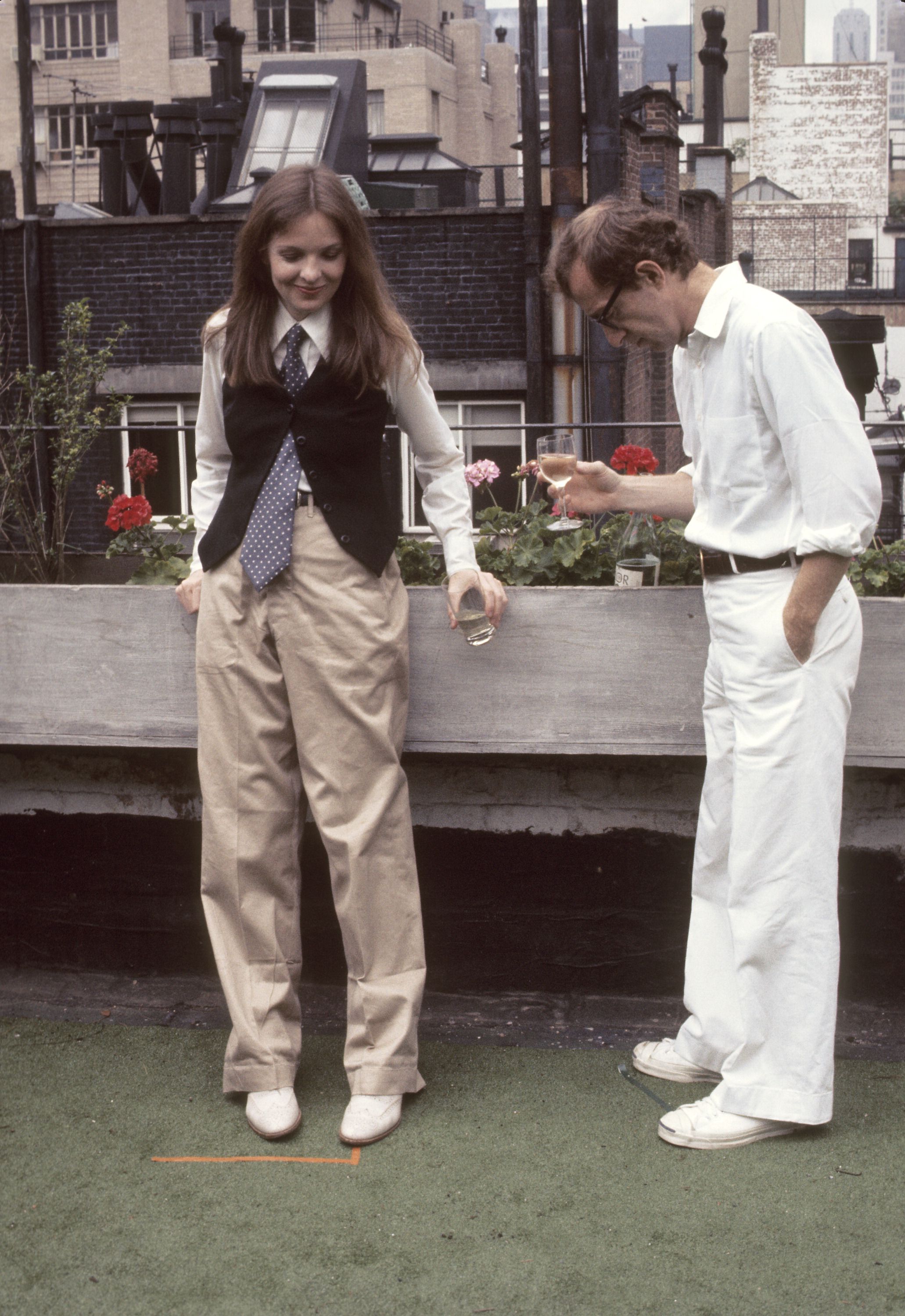 And then, that same year, I think — right before we graduated high school — there was a hit song on the radio at the time, “Ariel,” and, again, he said, “That’s you, Marilyn!”

So I played it on YouTube in the dark, while I was still in bed and trying not to cry because it won’t solve anything.

But I leave you with that, because I have to get ready for my phone call with Peitor now. I hope you all have a good day, wherever you are in the world. I love you guys.