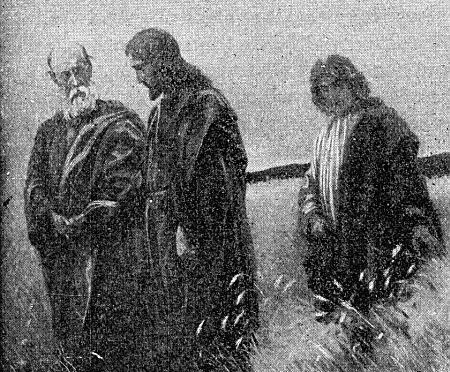 Okay, gang! Another scientific paper weighing in on the James Ossuary as likely belonging to the Jesus family Talpiot Tomb has been published!

You can read more in depth about the latest chemical findings at Dr. James Tabor’s site, at JamesTabor.com.

If you are keeping track at all, or even only mildly curious— the James Ossuary, several years ago, was declared to NOT be a hoax or a fake. It is a 1st Century C.E. Ossuary that held the bones of James the Just, Jesus’ brother, who was the man who carried on the Jesus Movement after his brother was crucified. He himself was also murdered by the High Priests in 62 C.E. — the son-in-law of Caiaphas is also thought to have been behind condemning James to death. (Primarily by stoning.)

The Talpiot Tomb is considered by many historians now to have been the tomb of Jesus, his wife the revered Mariamne (thought by many to be Mary of Magdala), their child, several of Jesus’ brothers, including James, and an uncle and perhaps Jesus’ mother, Mary.

I find all of this extremely exciting.

Many historians who specialize in the era of Ancient Christianity believe now that Jesus was married.  And DNA testing of the bone fragments found in the Talpiot Tomb conclude that Mariamne, whoever she actually was, was the wife of the man whose ossuary calls him Jesus son of Joseph.

Some historians also believe that the wife, Mariamne, was Mary of Magdala, a wealthy woman who was a supporter of Jesus Movement.

One of the (many) non-scientific reasons why I believe that Mariamne was Mary of Magdala is based on the fact that one of the MANY very early Near Eastern Christian faiths that was eventually declared heretical by followers of Pauline Christianity, worshipped both Jesus and Mary Magdalene together as equals and that the two  were considered married. Why ancient people would  believe that for no reason whatsoever makes little sense to me. And other documents that have been declared authentic at least to their time period, refer to Jesus as having a wife.

To understand the possibilities of any of this, though, you first need to understand that the mythology surrounding Jesus and his Movement (which very closely resembles pagan mythology) seems to have been added to what became Christianity well after Jesus of Nazareth was crucified.  Followers of Paul became what we now think of as Christianity, whereas  followers of James and Jesus’ other brothers — who were also systematically murdered — were eventually wiped clean from History. It is next to impossible, these centuries later, to know what Jesus actually taught or believed, or what the Jesus Movement was actually about. The Letter of James comes closest, probably, to giving us any real clues. This is because early Christian fathers erased all history of the Movement since it was a Jewish Movement and Paul’s teachings, and beliefs, eventually took him very far from his own Jewish background and from  allowing any Jewish traditions to be connected to the man named Jesus who became the Christ.

The main thing that seems to have been determined by some historians is that Jesus’ Movement was based on healing, teaching, and communal meals. Nothing else seems to be left of his Movement. One reason why the Talpiot Tomb discovery— along with additional scientific papers that sustain the discoveries about the tomb and the ossuaries discovered in it — are so exciting to me, is that it brings us ever closer to understanding the actual Jesus, who I believe was extraordinary. To me, it doesn’t diminish him in any way. It only points to something extraordinary that happened connected to Jesus.

Okay! Well, I hope you’ve had a great Saturday, wherever you are in the world!! Thanks for visiting, gang. I love you guys. See ya! 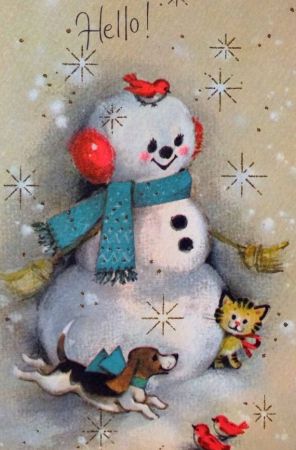 Follow Marilyn's Room on WordPress.com
Even though this is not a Thanksgiving photo (circa 1964), it is the only photo I have of my mother doing something she was really good at: cooking & baking. Today is my first Thanksgiving without my mother on planet Earth. I have very complicated emotions about it. But I’ve decided to spend this day focusing on the many, many Thanksgivings we had when I was growing up in Cleveland that were just wonderful. My mom helped make Thanksgiving my most favorite holiday of the year. Happy Thanksgiving everybody, everywhere. ❤️🥰❤️🐿🍁🍂🙏 #thanksgiving .
Loading Comments...
%d bloggers like this: