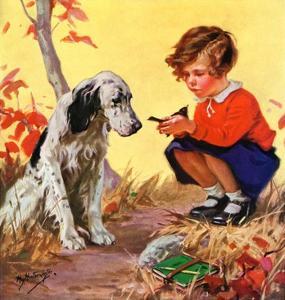 So today marks the 39th anniversary of John Lennon’s murder. I won’t say that it feels like yesterday, because it does indeed feel like forever ago, but the day is still vividly clear in my memory.

Up until then, any of the well-known people who’d been killed in my lifetime were political figures in some way. Lennon was, for me, the first cultural icon that was murdered and he was one of my absolute heroes.

To be honest, I look back on my girlhood and I’m not entirely sure why he mattered so much to me, but he did. I think because he was always someone who struggled with existential truths and seemed to be brutally honest about it.

I know that right when I first moved to NYC, his new album, Double Fantasy, came out and it was really such a great album. I was so excited. And it was such a NYC type of album, too, and so I was doubly excited to finally be living in New York.  I lived there 3 weeks and then he got murdered.  I’ll just say that the word “devastated” doesn’t come close to describing the shock and grief I felt.

I don’t really want to go into all the details from back then, or the memories I have of those first few weeks in NYC because they were momentous on too many levels — meeting Nick the Mafia hit man guy, getting pregnant by him. Having to get away from him. Lennon getting killed. Meeting the man who became my first husband. All of that stuff happened literally within a few weeks of moving to NYC when I was 20.

Well, on a much brighter note — even though you’re seriously not supposed to do it, someone posted some footage on Instagram today of Nick Cave and Warren Ellis’s event with the symphony in Sydney, Australia from last night and it looks like it was just stunning. Just from what little I saw on Instagram. Wow, gang. I really wish I could have been there. I think there are 2 more shows for Monday (which I think is already today over in Australia). I just— well, I don’t know. I just wish I could have gone. It looks like it was so beautiful.

There was something else on Instagram— not positive if I read it right, but it seems that Nick Cave was the Artist of the Decade on Spotify. Yes, that same music platform that I can never get to work correctly, so clearly, this Nick Cave development had nothing to do with me!!! But if it’s indeed true, I think that is just so fucking cool!!

Okay, one other exciting though wildly unrelated thing: I went to fill my gas tank this morning because I know that once my mom gets here tomorrow, I’m gonna have to drive with her to a couple of places in town, and the gas was only $2.39 a gallon!!! I thought that was amazingly awesome!! I don’t remember the last time it was that cheap. Several years, for sure.

So sometime around noon tomorrow, my sister will be dropping off my mom and I’m so excited. My sister texted earlier to say that my mom was really excited about seeing me and that just makes me feel so great. You have no idea.

I guess that’s it for now. I imagine that over the next 3 days while my mom is visiting, my blog posts will he brief. Hope you have a great Sunday, wherever you are in the world!! Thanks for visiting. I leave you with the song that was just barely becoming a hit when Lennon was murdered. I still think it’s just a wonderful, upbeat song. Okay. I love you guys! See ya!