It’s all kind of “right there” in my brain — I can access it easily. But dealing with those memories of the mental hospital (when I was 15) is rough.  I’ve been at it for a few hours here this morning, and for every paragraph that makes it onto the page, I sit and stare off into space for many unbroken minutes, remembering it all and feeling my skin sort of crawl.

So it’s taking kind of forever. And do I really want to relive all this stuff by including it in this book? For some reason, though, it has been laid in front of me — of my brain — calling me down the path, and so I’m following. But, jeez.

Still, I’m glad I ended up in that place than as a suicide. You know. So let’s just use the experience as a jumping off point for something creative.

Anyway. I slept great last night. Had strange and vivid dreams with a lot of wonderful dogs in them. Lately, I have really been wanting another dog (I haven’t had a dog in over 40 years). I want one so badly. Not just to have something that would love me unconditionally — it’s more that I want something happy and frisky to give love to. However, my life is just not structured for a dog. Mostly, and most obviously, because I have a colony of feral cats here that would freak the fuck out if I brought a dog into their lives at this point. Plus, I just can’t take on that kind of responsibility. It’s nice enough that my birth mom is willing to take care of my cats now when I have to travel. Adding a dog to that heady mix is pushing it.

I’ve also been suffering from “baby lust” — that feeling that, every baby I see, I want to just take them in my arms and hug them and cuddle them and take them home with me!

It’s weird how many people now tell me that I should adopt a baby. A lot of people ask me if I have kids, and I, of course, say no. They say did you ever want any? ME: “Oh god, yes. But it’s a long story.” Then they always say: “It’s never too late.”

I look at them like they’re nuts — I’m almost 60 years old. And single. Wanting a baby and actually doing something about it are two entirely different universes now. And back when I was 40, married and looking to adopt, I was already pushing the age limit that agencies would allow for legal adoptions.

But people around here are quick to point out that age doesn’t really matter anymore. “So many girls are addicted to meth and opioids around here and they’re always in and out of jail and giving up their kids.  There are so many unwanted babies in the system around here that need homes — you could easily get one.”

Jesus, talk about heartbreaking. But there’s just no way. A friend of mine who lives out here, my age, did adopt one of those infants. But he has a wife who’s 25 years younger than he is. Plus, he’s retired now. He has plenty of time.

So many people my age are already retiring. I just don’t understand that concept. And now retiring and adopting infants. It’s just foreign to me. (It was hard enough wrapping my mind around friends getting spouses who were 25-30 years younger than they were — what the heck is that?)

Both of my younger sisters are grandmothers now and my mom is a great-grandmother. And I should be, like, a grandmother now. Not marrying people who weren’t even close to being alive when I was born and then adopting infants. But I can’t imagine myself as a grandmother. I’m still, like, a child, you know?

I often wish that a little hungry non-feral kitten would wonder up onto my porch and not leave (like Fluffy did back in 2006), or that a puppy needing a home would be somehow foisted upon me, or that a baby in a basket (preferably not the Antichrist) would be left anonymously on my front step. You know, like the Universe would be thrusting something upon me that I wouldn’t be able to refuse.

However, reality has so far prevailed. And that’s probably a really good thing. And meanwhile, I had lots of interesting dreams about dogs last night. So I guess I’m letting it all happen in my dreams.

I am so fucking tired today. Because I was lazy yesterday and, rather than make time to do yoga, I took 2 Ibuprofen because I was feeling really stiff. And that was such a stupid thing to do because Ibuprofen just wipes me out. I really didn’t think it through.

This is one of those key times when I need a keeper:

ME (getting up from my desk): “Wow, I feel really stiff today.”

KEEPER: “Do yoga. You haven’t done yoga all week.”

ME: “I could just take a couple of Ibuprofen and go right back to my desk. That’ll take care of it.”

KEEPER: “Do yoga — Ibuprofen makes you super tired and then you feel miserable and get depressed because you’re too tired to do yoga. So do yoga.”

And then if I still resist common sense, the Keeper could just take the Ibuprofen bottle away from me, roll out my yoga mat, point to the floor and say, “Do yoga.”

I would just love that, gang. I really would! You have no idea how much I would  love to have a Keeper. Then days like today — when I absolutely have to make myself do yoga and I’m still so fucking tired from pills I took last evening — would not exist.

I’m having the best day!!

But underneath all that, I am actually having a good day. I’m super excited about 2020 arriving here within a handful of days. 2019 was actually pretty darn good. But I’m thinking 2020 is going to be amazing. So I can’t complain. (Plus, I only gained 3 pounds during this Christmas constant-nibbling-of-chocolate-and-eating-amazing-amounts-of-cheese season! I can lose that by Monday! So I’m good!!)

And right now, I’m super hungry again so I’m gonna scoot and grab my lunch and then get back to “Captivity.” (Do yoga somewhere in there, too.) I hope you guys are having a really nice Friday, wherever you are in the world — the final Friday of 2019. Thanks for visiting! I love you guys. See ya! 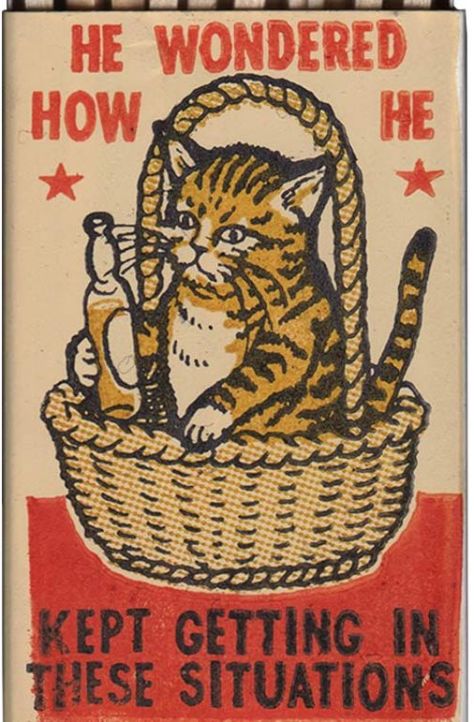