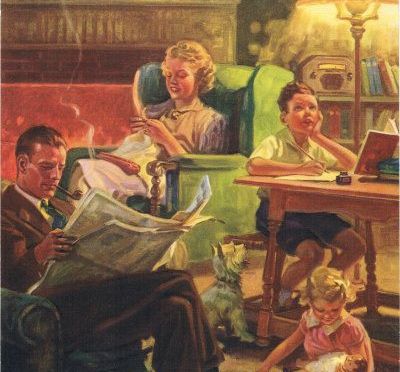 For some reason, last evening, I kept wondering about Wayne (my ex-husband in NYC). I knew he had left for a trip to Cartagena, Colombia, at some point right after the New Year.  But I wasn’t sure exactly when, or how long he was going to stay there, or when he was planning to be back in the city. And since I am so intensely pre-occuppied with my own brain, 24/7, time becomes sort of elusive. To put it mildly.

Anyway, I found that I kept thinking about him, so around 8:30 last night, I texted him, to see if he was home yet from his trip.

He texted right back and said: “Oddly enough, I landed 5 mins ago. Waiting to clear Customs. Talk soon.”

How weird, right? That I was so in sync with him at that moment and we aren’t even married anymore, and haven’t been for a really long time. Plus, he travels a lot and I’m usually only vaguely aware of his various journeys.

Well, for whatever reason, I was on his wavelength last night, though I have no idea why.

It’s so strange how both of my marriages seem to go on forever — in a weird sort of way. At least “the relationships” of them do; the legalities of them don’t.

Similarly, my birth mom’s marriage has gone on forever, even though they actually are still legally married. However, they’ve been separated since 1978. Then my mom was with another man — this really wonderful farmer/trucker in Appalachia, with a wicked sense of humor and a rather interesting libido. He favored a magazine called Hogtied, which had nothing but photos of girls wearing only white panties, tied up with rope. It seems that tying up girls with rope was his thing.  (Yes — re: me and my birth mom. That apple didn’t fall too far from the tree.)

Anyway, he was wonderful, and so funny, but he died — after he and my birth mom had been together for almost 20 years. And he’s been dead now since 2005.

But now, over these last few years, my birth mom and her (legal) husband have started spending a ton of time together again.  He lives in some sort of senior living place now, and she goes over with a 6-pack of beer and a pack of cigarettes, and they drink together and smoke together, and he always tells her that he wants her to move back in with him…

He’s 82 now. It’s awesome, right? He never stopped loving her, even though she left him a long, long time ago. (He’s the father of my 2 half-sisters and my half-brother.) I met him once, back in the mid-1980s. My sister & brother took me over to meet him. He was really nice to me.  This was back before anyone knew who my birth dad was and he said to me, “It means a lot to your mom that you came back. I’m not your dad, but if you ever need anything, you let me know.” That meant a lot to me.

From what everyone has said, he has always been a pretty intense alcoholic. But he appeared to be sober at the time I met him. He was living alone in a trailer back then. His mom lived in a house on the same property, though. It was daytime when I met him but it was really dark inside the trailer. He was sitting at his kitchen table, smoking a cigarette. At the time, he was only 48 years old but he looked really beaten up by life.

He married my mom when she was only 15 because he got her pregnant. He was 10 years older than she was, but he was in love with her from day one. He’s Cherokee. This is my favorite photo of him, although his hair looks really light here, and it’s actually coal black. Oddly enough, the photo was taken one month before I was conceived. He didn’t know my mom yet. 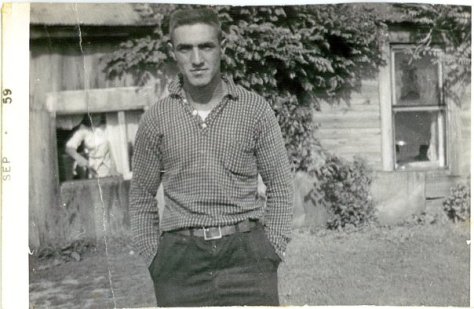 And for no reason whatsoever, here’s a photo of my mom’s parents, from before she was born. It’s not my favorite one of them, but I like it because it’s odd — it appears to be almost midnight, and they seem to be celebrating a new stove. I don’t actually know…

Well, I guess that’s my little trip down memory lane here this morning! I’m almost finished with the laundry and I’m gonna get back to the revisions here of Tell My Bones.

Have a really great Monday, wherever you are in the world!! For some inexplicable reason, this was my breakfast-listening music for this morning. I mean, I do love this song — I always have — I just have no idea why I was listening to it today. And then wound up writing about all these marriages that went astray… But here it is, from 1971, Betty Wright’s awesome hit about why women are to blame for their man’s infidelity!! “Clean Up Woman.” All righty, then!! I love you guys. See ya.

The clean up woman will wipe his blues away
She’ll give him plenty lovin’ 24 hours a day
The clean up woman, she’ll sweep him off his feet
She’s the one who’ll take him in when you dump him in the street
So take a tip, you better get hip
To the clean up woman ’cause she’s tough
I mean, she really cleans up