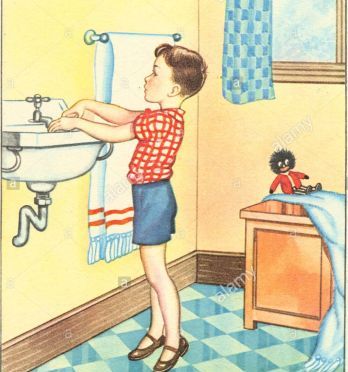 Wow, that Wiesenbad theater was unbelievably beautiful. (Meaning Nick Cave’s Conversation in Wiesenbad, Germany tonight.) It looks like it was just a stunning place. Several people began posting to Instagram right away, and each photo was prettier than the next.

Oh man, there were a couple of photos of him that I just wish I could figure out how to get off of Instagram and onto my phone!!

Well, I made some good progress with Tell My Bones this afternoon. I’m pretty sure now where I want the new song to go (well, the song’s not new — it’s from 1828. But I only recently decided to add it to the play). I think the placement of the song — almost at the end — is going to help make its message that much more pronounced. (Racist “Jim Crow” stuff.)

So I feel encouraged about that.

This evening, I watched Once Upon A Time in Hollywood, finally. I thought it was way too long but it was, nevertheless, really good. I’m not sure how younger people react to the film — people who weren’t alive back then, who don’t remember what it was like, culturally, or how horrible what happened actually was. For me, though, it felt sort of cathartic — possibly even for the whole nation — to have those key members of the Manson Family so brutally killed.

I don’t like violence and, even while I usually really love Tarantino films, his violence is always just off the charts. But in this film, there was a sort of need to see those killers be pulverized. Just that deep-rooted need to see Sharon Tate’s killers utterly destroyed — even for a pacifist, like me. And even though it was just a fantasy. The ending of the film was just sad to me, bittersweet; it brought tears to my eyes. Those poor people, in reality, were just so brutally murdered (as well as the Labiancas) and a Hollywood fairy tale obviously can’t ever erase that.

Anyway, I’m glad I finally saw it. Next in line is either The Joker or Rocketman. Although I’m still watching Ken Burns’ Jazz.

If you saw one of my posts while I was away for the funeral, you saw that I am now the owner of my late stepmom’s large flat screen TV. It turns out that it’s a smart TV, with a built-in DVD player, too. However, my dad neglected to give me the power cord to plug it into the wall. Hopefully he has it in the house somewhere and can just mail it to me. I don’t really like smart TVs — I don’t like any kind of potential eavesdropping devices in my home because I’m paranoid. But we’ll just see how that unfolds.

And my hair stuff did indeed arrive. It burns my scalp a tiny bit, however, it’s already working. I mean, it hasn’t made my hair grow yet, but it did make the roots look thicker within a couple of hours, without making my hair look frizzy. Kind of amazing. So we’ll see how it goes.

If it really does work, I’ll probably have to use it every day now for the rest of my life, but at least it’s not very expensive. Kind of a drop in the bucket when you add up everything else I use each day: eye creme, face creme (separate cremes pour nuit et jour!), hand creme, foot creme, cellulite-appearance reducing creme, lip plumping balm!! (Wouldn’t it be cool if writers could apply for “vanity” grants? It costs a lot to keep this aging physique looking 43 and a half years old… Now I have to win a Pulitzer Prize in order to afford to keep looking so fucking youthful and lovely! You betcha!!)

All righty. Have a good night, wherever you are in the world. I did my yoga and now I’m gonna go watch some Jazz. I love you guys. Thanks for visiting. See ya.