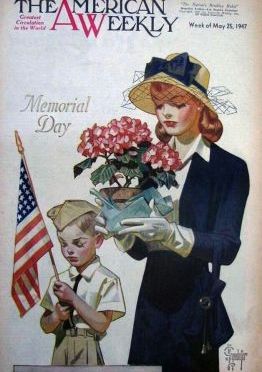 First, before I launch into the merriment of this holiday which is meant to honor the dead who served our country in some form of military service, but is now more about cookouts and picnics and going to the lake or beach, etc. — I just wanted to say that I don’t think my lungs are ever going to get back to normal!!!

Basically, I’m breathing fine now but as soon as high humidity is in the air (like today), it once again becomes a struggle to catch my breath.  I’m starting to feel like this is permanent — that a little bat disease is part of my lungs now. Forever and for all time. (It has been over two months now.)

I happen to love bats so, you know, I guess I’ll deal with it, but it is really frustrating that it just won’t go away.

I’m also now reading  The Complete Poems of Anne Sexton, after having read Live or Die (1966) the other day, about 3 times in a row. (A great book of poems — it won the Pulitzer Prize for that year.)

If you like Anne Sexton, The Complete Poems is a real treasure, since you can see how her writing style progressed over the years all under one cover.

I like all of her poems, but I prefer the ones from around 1960 – 1967.  Her later poems, from 1971-1974 are still very good but sort of merciless. I can identify with everything she writes about, but the closer she gets to committing suicide (she killed herself in Oct.1974), the harder it is for me to take, because I totally relate to all that stuff she writes (and seems to think about constantly) and I don’t want to, you know?

(And in fact, 1974, the year she finally committed suicide, was a truly horrible year for me. Just the nadir of my existence. So I have my own personal demons rumbling under her poems at that point, too.)

The difference between a writer/woman like Anne Sexton and a writer/woman like me (except for the glaring oversight that I haven’t won my Pulitzer Prize yet!!): She seems to have been waiting her whole life for the right time and place — the exact moment — to kill herself. It seems like her entire life (she lived to be 46) was just something she did while waiting for the best moment to die. (She attempted suicide a few times.) And that’s okay. It’s not a judgment; it’s an observation.

I’ve actually known a few writers who were  like that (who ultimately also committed suicide). But I just don’t want to be one of those. It is something I fight against with everything that I am. (I attempted suicide twice, between 1975 – 1979, and have struggled from suicidal depressions ever since.)

The thing that has (sort of) saved me, though, is that at least in Western society, women are no longer expected to find the best possible husband, help him earn as much money as he can, have children, run a perfect house while the man goes out and is the one who does all the great stuff — and try to have a stellar writing career of her own. (Assuming they don’t go out of their fucking minds  — i.e., Diary of A Mad Housewife or Anne Sexton’s whole life.)

It’s still a choice you can make if you want to — and a ton of women still do — but society, as a whole, doesn’t really care anymore if you’re a woman and don’t want to go that route.

Another glaring difference between Anne and me — she re-committed herself to the same mental hospital several times.

When I was committed to a mental hospital — a private one, like the one Anne describes in her poems; the kind of hospital that doesn’t seem to exist anymore because they became indescribably expensive– I was committed against my will and hated every moment of it (nearly 5 months). And while in there I was exposed to a lot of the older patients who were there by choice and seemed to be content to live their entire lives there — re-committing themselves when their outside lives became unmanageable for them.

Here are some shots from the hospital I was in over 40 years ago — it’s closed now:

I found those sort of “eternal” adult patients truly horrifying, since I would have given anything to get out of that place. And once I got out, I never wanted to go back. A couple of the people my age that I became friends with in there, developed that habit of going in & out of mental institutions well into their adulthood. And I just found that horrifying.

And it wasn’t that I didn’t continue to suffer from mental illness — because I did. But I hid it to the best of my ability because freedom has always meant everything to me. Even the freedom to be fucking nuts.

Well, anyway!! Whenever July 14th rolls around each year (the day I was committed in 1975), I celebrate my freedom, regardless of whatever else might or might not be going on in my life; at least I’m free.

Thanks for visiting, gang.  I leave you with my breakfast-listening music from this morning — a leftover from Bob Dylan’s birthday yesterday: Joan Baez’s “Diamonds & Rust,” a song she wrote for him back in 1975 (after suddenly getting a phone call from him again after they’d been split up for many years).  It’s one of my favorite songs of hers (followed closely by “Love Song to A Stranger,” “Blessed Are…” and “Billy Rose”). So listen and enjoy and have a great Memorial Day (or Monday) wherever it takes you. I love you guys. See ya!

As I remember your eyes
Were bluer than robin’s eggs
My poetry was lousy you said
Where are you calling from?
A booth in the midwest
Ten years ago
I bought you some cufflinks
You brought me something
We both know what memories can bring
They bring diamonds and rust