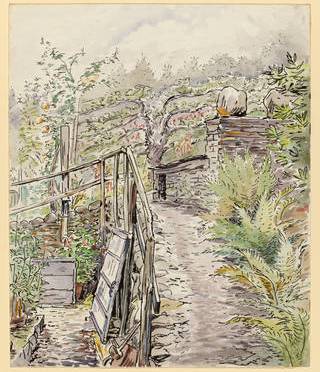 Well, somehow I got through yesterday. Many phone calls — all of which helped me find balance and perspective, and redirect my focus toward the future, and all my other projects.

A few of you wrote to me yesterday (thank you), some of you not understanding why my having written a play about a black painter is now considered “racist.”

The term is actually “cultural appropriation,” which means that white people are not supposed to write about black lives because we can never truly understand them and would therefore create a false perspective of what it means to be black in America.

I can agree with that, but only so far; only up to a point.  At some point, we all become human beings. I wrote a play about a woman’s life with not only her full consent to write about her, but with her very deep hope that her story would reach the world in some way.

It gets dangerous to compartmentalize everyone’s experience of Life on Earth, gang.

However, sadly, I saw this coming a few weeks ago — even before the Black Lives Matter protests exploded again with the murder of George Floyd in Minneapolis — because I attended a poetry reading online that truly alarmed me in its rage and anti-white agenda.

It was a fundraiser, and at the time, I was impressed that they’d raised $9,000 during a pandemic. Until another fundraiser I attended online — a multi-cultural poetry reading, heavy with Latino/Latina poets — raised $140,000 in 24 hours, during the same pandemic.

I was just incredibly alarmed, gang, by all the “vibes.” I could tell that something was going to absolutely explode. And I could also tell that my play was going to somehow get hit by shrapnel.

Anyway. It did. It has. And now on we go, toward the future.

I have no lack of projects to devote my attention to — and that’s an understatement. And I hope that all the sorrow and devastation I felt yesterday, cleared the deck for me emotionally, and I can get back to focusing on these other things. For instance, Girl in the Night sits there with only one additional sentence since Sunday. And everything else imaginable remains, basically, half done.

But it is a really unbelievably beautiful day here today. And I slept great (through some miracle), and I am still in love with my life. I don’t really give credence to that saying “everything happens for a reason,” because I’m more of a firm believer that once something is created, it lives, and it goes out into the world, either in spirit or in physical form, or maybe even both. Allow creation to happen for the joy of creation itself.  Just allow — you know?

It’s not always easy to get to that place of allowing, but it beats the energy of resisting. For sure.

Okay. I hope you all have a terrific Tuesday underway out there, wherever you are in the world! Thanks for visiting, gang. I leave you with something I was listening to, just for the hell of it. The joy of it. For the years gone by and all the joy and dreams-under-the-bridge-of-it! “Emotional Rescue,” by the Rolling Stones. This was their album that was a huge hit at the time that I moved to New York City, in 1980 (at age 20) and finally started having my “real” life.

So listen and just rejoice, gang. I love you guys! See ya!