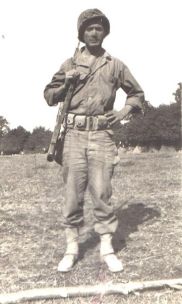 That’s a photo of my grandfather in Normandy, during WWII. As I’ve posted here before, the men in my family served in the Revolutionary War, the Civil War, WWI, WWII, the Korean War, and Vietnam.

I hope you also have veterans in your lives that you can honor today. Or at least just honor veterans everywhere.

Before I forget — LULU updated my sales report for the past quarter and I truly want to thank everyone, the world over, for buying my new books and eBooks over the last few months. I really, really appreciate it! You honestly have no idea how much.

I know it is getting a little ridiculous but I honestly have next to no news yet again today. (Discounting any of the fake B*den admin crap, or any of the endless ugly va x insanity, the world over.)

In the Restored Republic video update below, I found it interesting that they once again make a quick reference to the Kingdom of Hawaii returning to its sovereignty as a nation, no longer being one of the 50 United States, once we publicly return to the original Constitution and the 1776 version of America.

Also, I wanted to point out a discrepancy in what I heard from one of cirsten w’s posts — wherein she said that the Iraqi diplomat, Muhammad Saeed al-Sahhaf, was one of the allied forces (Tr **p, P* tin, Xi, Modi, Kim Jung Un). But I keep hearing from other sources that it is actually the current Iraqi Prime Minister, Mustafa Al-Kadhimi.

Since I obviously have no first hand information, here all alone in the middle of nowhere Ohio, we shall consider it to be the current PM and then just wait and see.

And from RT News:

Zeman had already announced that Petr Fiala – the leader of the center-right Together alliance – would form a new government earlier this week.

Babis will remain in a caretaker role until the new govt is sworn in.

X*2 R* port: TIMING IS EVERYTHING, ONE YEAR, STATE OF THE UNION, ACTING PRESIDENT (39 mins):

In other news –, today on Tom Petty’s YouTube channel, they’re going to show the new documentary about the making of Wildflowers — Somewhere You Feel Free — for free, starting at noon today. Here’s the trailer:

And that is that for today, gang. Enjoy your day.

Thanks for visiting. I love you guys! See ya.