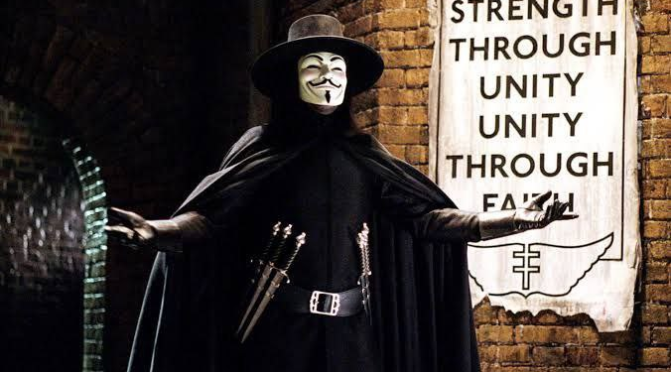 Wow, is it getting depressing, gang. There is practically an all-out war among truthers regarding cir st en w — is she dead or not dead? Was she a pa t riot or a fraud?

The only sad fact that keeps surfacing, though, is that the primary people who worked with her and seemed to “know” her best, are either saying nothing at all (which speaks the proverbial volumes), or are now publicly stating things that are absolutely not encouraging. (Only gen e de c ode gave an online tribute to her.)

Only time will tell, gang — if we even care by then, right? That list of things we will finally know about when this vague thing called Time finally passes is getting very long, indeed.

So yesterday, I accidentally posted the same story twice but now I can’t remember which story it was that I neglected to post instead. But I did find another image of the ep st ein log on Phil’s channel that is easier to read. As far as I know — judging by the red arrow pointing to Sa g e t, who was “found dead” in his hotel room yesterday and who, as stories are now raging to the surface to point out, was a hardcore pedo and a rapist and a murderer — this list represents those who have already been arrested and the ones in red have been e x e c ut ed, often with doubles put in their place (?):

BTW, I would like to point out that Johnny Depp’s name is not on this list, thank you very much. So eff-off to all those people who tried to make me completely insane for the last year and a half.

Although, I have to say, this is not a complete list, either. And another truly depressing thing is that most — and I mean most — of the producers or production executives out in LA that had shown an interest in either my recent play and a recent TV pilot I was shopping around, are now on gitmo for crimes against humanity and several have already been ex e c ut ed.

I realize this is a bullet I dodged and that I should be really grateful that I didn’t end up getting involved with any of those people. However, it is still depressing because I had believed they were good people, with the same goal that I had to fight injustice through the use of Art.

Also, I want to add that when I ( and many colleagues) were looking at prison terms and heavy fines for promoting our “pornography,” allegedly to “defenseless children” online, back in, like, 2006 — I am somewhat “happy” to point out (but actually I’m mostly just numb) that every one of those politicians involved in that whole thing has now been ex e c uted for high treason and/or crimes against humanity.

And here I stand. Still me. Still writing. Still fighting for my (and everyone’s) Constitutional rights and freedoms. And now living basically in obscurity and poverty.

Well, it’s been a very interesting journey. So forgive me if, today, it’s all just a little depressing.

Here’s something nice, though:

“Noah was ridiculed for warning everyone about what was going to happen with the flood.

If he were around today, the lying media would probably call him a conspiracy theorist.

In actuality, Noah was a truth bringer.

If you are like me, and you gather news to spread among the masses everyday, then you will know how disheartening it feels to wake at about 3:30am, and discover that Whiplash347 has posted no less than 166 news posts since you went to sleep the night before…. (heavy, heavy sigh)

But here are some things of interest.

“Castle Rock – The Greatest Chess Move of them all. Julian Assange (DJT’s Cousin) tweeted about it.
“EVERYONE” must walk through the Darkness, in order for them to want it changed.
Because this PLANET is about to change DRAMATICALLY..
Like i said January 1 2020 & in the early part of last year. We are not going back to Normal. We are going to something very, very different. A Beautiful Brave New World Lies Ahead.
We never shut the Planet for the Bird, Swine, Sars, Mers or anyother Lab made Flu.
Bring on the Med Beds to start healing everyone.”

“The Storm is almost here.
Make sure you have the necessities.
2 to 3 weeks worth.

The Military will also supply food and supplies. We are going to Full Global Martial Law. Changing over from Crown Maritime Law to 1776.
Will be a Transition
CASTLE ROCK. You will see my write ups from January 2020. Just about go time.”

“🇪🇺 President of the European Parliament, David Sassoli, has died in hospital in Italy, his spokesman says

The 65-year-old Italian had been seriously ill in hospital for over two weeks due to an immune system disorder, spokesman Roberto Cuillo says”

Dr. Re in er Fu ell mich made a statement:

“Just over 12 months from deployment of the C* VID ^^ 1 9 emergency use experimental va cc in es, scientific studies in the thousands, and reports of criminal complaints of assault and murder from the illegal, unlawful use of biochemical poisons made to police forces around the country, verify an assault on an unsuspecting UK population. Irrefutable science shows that theC* VID ^^ 1 9 Va cc in e is not safe and not effective in limiting transmission or infection from the SARS-CoV-2, coronavirus pathogens.”

Yet again, “Nancy Drew” saw some really weird sh*t at the W H yesterday. What the heck is going on there now?? (9 mins):

And when you have 2 hours to spare, make time for this:

Oh, and just FYI — Voice of Reason (UK) is on vacation right now, in Florida!!

Okay. That’s it. Enjoy your beautiful Tuesday, wherever you are in the world!!

I have to say that I only listened to 24 mins of this before I got fed up and turned it off. Ch * rlie said almost nothing — except to say that the story he was getting was completely different. While S*mon and M el K engaged in absolute fear mongering, which I have zero patience for. But I’m posting it in case you want to hear it for yourself. (And, oddly enough, I then hopped on Phil G’s live Q &A and he gave intel that completely disagreed with the fear that S*mon and Mel were mongering. Go figure.) (52 mins):