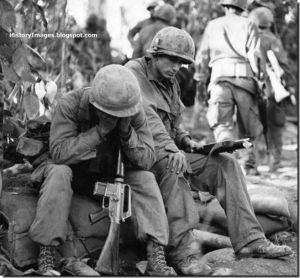 Wow, so if you caught Phil’s livestream last night, you likely already know about the Monster that is Ukraine. The poor babies. The poor mothers. The children, in general. I cannot even imagine the heartbreak and the horror, frankly. Boy, was that depressing.

However, by the grace of God, Putin is changing all that. (If you do not think Putin is saving the world, then you really, really, REALLY need to turn off that TV already.)

If you did not catch Phil’s livestream and have a stomach of steel, you can watch the replay on DLIVE for the next 72 hours. There might be a replay on rumble, but only if someone got a good recording of the DLIVE stream as it aired.

“Phil takes a much closer look at the Nuclear Power Plant in Chernobyl, exposing a massive tunnel system under Ukraine, and the real reason Chernobyl has been “off limits” for decades.” (1 hr 42 mins):

Phil also said that Xi going into Taiwan is imminent, and so is Trump’s return by way of a PEAD (President in Exile), along with the EBS.

I’m hoping it can all wait until — at the earliest — Saturday afternoon, because I have one dollar to my name and I don’t get paid again until Saturday morning!!! I’m low on food and gas for the car… but far be it from me to keep that EBS from the world just because I’m down to my last everything…

I’m not posting much right now because the news is strange and iffy at best. The Supreme Court nonsense seems to just be part of the overall movie — trying to get Americans, at least, to wake up to the problem of rampant pedophilia. I don’t have a stomach for watching it play out in all its insanity.

And then the rest seems to be waiting for that Laptop from Hell to explode across the mainstream. Not just because of its ties to rampant pedophilia, but also to Ukraine/Obama/Hillary/Biden and the neo-nazis from our worst nightmares.

If anything really interesting happens today, I’ll get back on here and post it.

Tickets are on sale now for May 11th:

“Shot on location in London & Brighton, Andrew Dominik’s new feature documentary THIS MUCH I KNOW TO BE TRUE captures Nick Cave and Warren Ellis’ exceptional creative relationship as they bring to life the songs from their last two studio albums, Ghosteen (Nick Cave & the Bad Seeds) and Carnage (Nick Cave & Warren Ellis).”

And don’t forget: Nick Cave & Warren Ellis will be in Brooklyn tonight! You can buy tickets here.

All righty, gang! Heading downstairs for more coffee and to finish the laundry. Thanks for visiting. Perhaps I will see you later!!

The Book Of Enoch and the Gods of Eden: Lost Secrets of the Anunnaki (16 mins):

COVID PASSPORTS REMOVED FROM NZ – GOVT ACCEPTS LIABILITY FOR THOSE WHO CONTINUE TO USE THEM (WARNING: load of bullshit) (43 seconds):

X22 Report: WITHOUT A SHIELD THE [DS] IS LEFT VULNERABLE, NOBODY WALKS AWAY FROM THIS (49 mins):

Follow Marilyn's Room on WordPress.com
Farewell to the zucchini’s! One plant is already gone, I am picking the final zucchini’s today (4 more left). The plants grew all the way out to the sidewalk! They were incredible 🥰🥰🥰