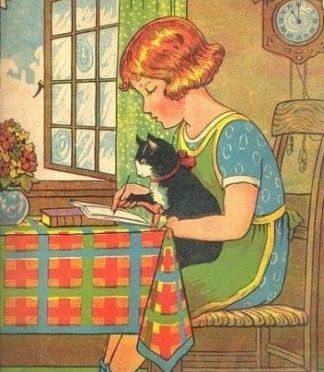 Well, gang, this is going to be a brief one. There is once again that eerie lack of “new” news.

This was on QTSR by way of X22 — good news, indeed (I told you these were coming, gang):

An eye-opening 238 pages of just-released documents from the National Institutes of Health (NIH) disclose that in June 2020—at the request of researchers at China’s Wuhan University—the NIH deleted information about COVID-19 genetic sequencing. The tranche of emails, obtained by the non-partisan group Empower Oversight following a Freedom of Information Act (FOIA) request, reveal the frenzy of activity at the NIH following the deletions and show that an expert advised then NIH Director Francis Collins and Dr. Anthony Fauci that the coronavirus driving the global pandemic originated outside of the Wuhan food market as asserted by the Chinese Communist Party (CCP).”

“While they say that January 6 was an “attempted coup,” which it was not, they should add that the Election on November 3 was the actual coup. All you have to do is look at the massive evidence in Swing States, available upon request (with much more to come). Our Country is paying a big price for that Rigged Election!”

An entertaining post by Dr. Tenpenny by way of Alan Fountain’s channel:

And all the rest have to do with Hunter’s Laptop from Hell and most of mainstream media’s relentless pursuit to ignore it’s existence. Here is a mere sampling.

President Donald Trump is “sure” Vladimir Putin knows details of Hunter Biden’s dealing with a Ukrainian gas company and the then-mayor of Moscow – and wants his former counterpart to release what he knows.

Hunter Biden was paid hundreds of thousands of dollars a year by Burisma Holdings, an entity the US then declared corrupt for apparently bribing officials, and allegedly received $3.5mn from Elena Baturina, wife of Moscow mayor Yuri Luzhkov, a decade ago, according to a 2020 Senate report.

Phil did 2 livestreams yesterday. Both were on Project Looking Glass.

Phil takes LIVE questions from his audience on specifics that they would like addressed in part 2 of his Project Looking Glass series. (1 hr 46 mins):

Phil continues with the second part of his PLG series. (1 hr):

And in other news….

“Faith, Hope and Carnage is an extended conversation between Nick Cave and Observer journalist, Seán O’Hagan, who have known one another for thirty years. Created from over forty hours of intimate recordings, the book examines questions of faith, art, music, freedom, grief and love. It draws candidly on Cave’s life, from his early childhood to the present day, his loves, his work ethic and his dramatic transformation in recent years. From a place of considered reflection, Faith, Hope and Carnage offers ladders of hope and inspiration from a true creative visionary.

The book will be released on 20th September and is available for pre-order now via major and independent retailers.” Pre-Order here.

And Nick Cave & Warren Ellis completed the United States portion of their North American tour last night in DC. Next will be Toronto (sold out) and then two nights in Montreal at the end of the week. Buy tickets here.

And that is really it for now, gang. We are just waiting on that PEAD from Mr. President, and maybe some indictments stemming from that notorious laptop…. we shall see.

Stay alert, stock up on essentials, and have a terrific Wednesday, if you live anywhere in the world where things are currently terrific!