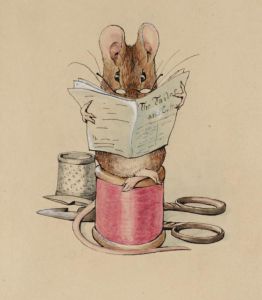 Just when everything was actually starting to look up — I received court documents yesterday alerting me to the fact that I am being sued. By a creditor. So now I am looking at bankruptcy.

So there we have it. The COVID plandemic agenda comes full circle. I have officially lost everything (except my car, my house, my cats, my health).

But onward. I finally got a decent lawn care guy!! And yes, he is 12 years old with just a push mower. He has a better work ethic than the professional guy, with the huge riding mower and all the trimmers and blowers, that I had to let go this week, after two years of sometimes taking care of my lawn and sometimes not.

Anyway. I am super happy about that. My lawn finally looks great again.

So, wow. The news is weird. Something was definitely up last night.

Tons of comms from Phil and Mr Pool that I cannot decipher, for the life of me. However, Trump had to cancel his rally in Nebraska last night because of “bad weather.” (Allegedly it is being moved to Sunday instead.)

“So, the Trump rally was postponed, was it?

I’m hearing bad weather is the reason for the rally postponement.

Maybe it’s because of a… storm?”

“Thank you to all who waited in line for our Save America Rally tonight in Greenwood, Nebraska. Because of severe weather, including the possibility of 60 mph+ wind, hailstorms, and maybe even tornadoes, I will not be coming to Nebraska tonight, but rather, weather permitting, will be there this Sunday night, May 1st. The most important thing is to keep you safe, and that cannot be done with such a terrible forecast. Thank you to Charles W. Herbster and his wonderful staff for working so professionally with us. See you on Sunday!”

And from “Nancy Drew“:

The tweet postponing, the rally. Not sure, so keeping an eye out. The tweet wasnt said to come from T’s verified page, or anyones in fact. Q just said to expect the tweet. Some of his other tweets today, mentioned other references to the “event”. Im keeping my eye on everything. We can only pray. 🙏💖”

And in case you were unaware of this–

“Remember when Bernie Sanders used to draw crowds of 3,000, 4,000 or even 5,000 people, and the press would go absolutely wild talking about how big Bernie’s crowds were showing them from all different angles and making it sound like the greatest show on earth—but when I draw 30,000, 40,000, 50,000 or in one case 87,000 people, reporters do not report it and cameras are not allowed to show how big the crowds are. It is a constant complaint I make during speeches. Turn the cameras, I say, turn the cameras to show the crowd, but they refuse to do it, not even the networks that are even a little bit on our side. The good news is, the people of our Country get it, and they get it like never before!”

“I immediately call for the release of all text messages sent to and from Barack Obama’s Chief of Staff during their attempt to overturn the 2016 Presidential Election. They spied on my campaign, they spied on my transition team, and they even spied on the White House while I was in the Oval Office. They did everything they could to disrupt the peaceful transfer of power, and stop the “Will of the People” with their Russia, Russia, Russia Hoax, Mueller Scam, and more. I wonder what the texts would reveal? Unlike my Chief of Staff, which show patriotic Americans concerned about illegal and massive Election Fraud in 2020, I say bad things would be revealed.”

He also posted this yesterday — (more details on this are in his video update):

Deutsch bank reporting they have been raided by police.”

This Ministry of Truth thing is a complete and utter psyop, so, for the most part, I’m ignoring this whole development.

But I wanted to post this, from JuliansRum, because I feel it borders on reverse censorship or maybe subtly encourages book banning(?). I don’t know, gang. He leaves out the part that the story is written from the POV of a man who is mentally ill and in prison and awaiting the death penalty for being a pedophile. The book also captures, in stunning language, how sick and perverse the pedo’s mind actually is. In my opinion, that’s kind of a big thing to leave out. (Speaking as a writer of numerous novels and short stories that have upset a lot of people over the past three and a half decades, and who sat in a federal courtroom as the federal government attempted to remove from me several of my Constitutional rights…)

Inside Disney among employees…a>WAR is brewing
…./// It’s expected MASS protests will eventually start , created within the corporation itself>>> ///
: Very HIGH end ELITES in the Christian faith movement ( BILLIONAIRE’S investors in Disney) .WILL start to bring down DISNEY by White HATS\\/////

Disney employee: The magic is gone
“Raymond Arroyo visits Florida to talk to some employees who are fed-up with their company’s woke activism. (3 mins):

From the Epoch Times:

A District of Columbia police officer used a large wooden stick to strike the body and head of protester Rosanne Boyland three times as she lay motionless on the ground on Jan. 6, 2021, according to bodycam footage from several officers obtained by The Epoch Times.

Kephart called Morris’s use of force “indefensible” and the internal-affairs investigation of Boyland’s death a “clear and convincing coverup.”

“I’m not saying the tide is turning, I’m just saying…

And some additional encouragement from Pepe Lives Matter:

“To anyone who would attempt to bring my morale down:
I suggest not even trying.
After years of dealing with shills, bots and trolls:
I’ve become completely immune.
And frens in my chat are as wholesome AF as it gets.
Your tricks do not work on us.
Armor of God is undefeated.
Carry on.”

And that is what I’ve got for you this morning!

I hope you have a great Saturday underway, wherever you are in the world.

The Salty Cracker: FAUCI DECLARES PANDEMIC OVER & IN LESS THAN 24 HOURS SAYS IT’S NOT OVER (8 mins):