What a lovely Sunday here in Crazeysburg, gang! And even though yesterday was mostly about thunderstorms and torrential rain all day long — that, too, was wild and sort of beautiful.

I streamed two episodes of Professor T. yesterday (the Belgian TV crime series on PBS) — I know, I said I wasn’t going to binge watch it, just sticking to one episode per evening.  But the rainy afternoon sort of called out for an episode of Professor T! So I watched an episode in the afternoon, during a thunderstorm, which was atmospheric and wonderful. Then another episode in the evening, when it was just so fucking  beautiful outside the screen door in my kitchen.

Things with Valerie in Brooklyn are still exhausting and very emotional for her right now, so any book projects requiring cover art are still on hold.

Oh, and that reminds me. In July, I will once more be participating in the Smashwords Summer Sale. All my eBooks there will be $1.00 and one of the Muse Revisited books will be free. I don’t know which one will be free, I simply agreed to participate and they take care of the rest. (And I think you have to buy at least one eBook this time to get the free one.)

And just a head’s up — once the new cover art is made for The Muse Revisited collection, those manuscripts will be re-edited. The editing in those books right now is not that great. I look forward to editing them myself and completely re-packaging them, not to mention having them available in trade paper for the first time, ever. (The stories themselves have all been in trade paper, many times over.  However, the 3-part collection as it is now has never been in traditional print.)

And Twilight of the Immortal will once again be in trade paper, as well. That one did come out with a traditional press several years ago, but has only been available as an eBook for quite a while now.

All righty. On that note, I’m gonna get back to work on this new chapter for In the Shadow of Narcissa. I hope you have a really great Sunday, wherever you are in the world!

I’m leaving you with a song I was reminded of on Instagram this morning. “Cassiel’s Song” — by Nick Cave & the Bad Seeds. It’s from the soundtrack of a Wim Wenders film from 1993, Far Away, So Close! (A sequel to Wings of Desire.) (The song is also on the Bad Seeds’ album  B-Sides & Rarities. 2005)

And oddly enough, just yesterday afternoon, I had taken Judy Stone’s awesome book from 1997, Eye on the World: Conversations with International Filmmakers, down from the bookshelf and had re-read her Wim Wenders interview from  June 1988. 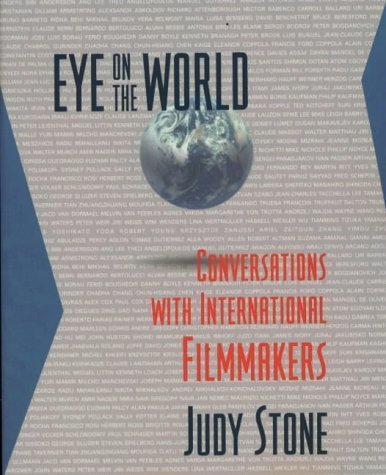 It was a really interesting interview because he talked a lot about when he was young and sort of struggling to not only be a filmmaker but to come to terms with his nationality. (You can still buy the book, even though any filmmakers who became successful after the mid-1990s won’t be in it. And a number of the very well known international filmmakers who are in it have passed on now. But if you love international cinema, it is a real treasure. (And huge!! Almost a thousand pages, with 200 interviews with filmmakers from 40 countries.)

We’ve come to bring you home
Haven’t we, Cassiel?
To cast aside your loss and all your sadness
And shuffle off that mortal coil and mortal madness
For we’re here to pick you up and bring you home
Aren’t we, Cassiel?
It’s a place where you did not belong
Were time itself was mad and far too strong
Where life leapt up laughing and hit you head on
And hurt you, didn’t it hurt you, Cassiel?

While time outran you and trouble flew toward you
And you were there to greet it
Weren’t you, foolish Cassiel?
But here we are, we’ve come to call you home
And here you’ll stay never more to stray
Where you can kick off your boots of clay
Can’t you, Cassiel?

For death and you did recklessly collide
And time ran out of you
And you ran out of time
Didn’t you, Cassiel?
And all the clocks, in all the world
May this once just skip a beat in memory of you
Then again those damn clocks, they probably won’t
Will they, Cassiel?
One moment you are there and then strangely you are gone
But on behalf of all of us here we are glad to have you home
Aren’t we, dear Cassiel?