I booked a suite at the Algonquin Hotel in New York for the night of September 23rd.  I love that hotel. For its literary history, mostly, but it’s also just a really pretty, historic hotel that I have always loved.

I’m very happy.  And I don’t care that I’ll be all by myself in way too many rooms.  Nick Cave is having a Conversation that night in New York City, around the corner at Town Hall. Yay!

So now all I have to do is persuade  everybody involved with my play (starting with Sandra, tomorrow morning) that the New York rehearsals for the staged reading (with all the musicians and tech people) have to take place right around that date because I really, really, REALLY don’t want to have to make three trips to NYC in the fall.

But I’m so excited. I love New York in late September. I love the Algonquin, and obviously I love Nick Cave. I even love Town Hall – I’ve seen some really amazing people there over the years.

I also decided this past fall, when I was last in New York, that I don’t do the ex-husband thing anymore.

I used to always, always, always, without fail, let my ex know when I would be in the city and we’d always get together and have dinner, walk around together, like old times, but you know what? I just suddenly came to a decision before that last trip that I couldn’t keep doing it. We still talk on the phone occasionally and email each other (I’m like that with both my ex’s). And they both buy me gifts for my birthday, for Christmas. Which is really nice and I’m grateful that they can each find it in themselves to think so kindly of me after marriages that were so incendiary.

But I finally realized, I left that second marriage because I was really, really, really unhappy. And even though I still interact with my second husband professionally (he was a professional theater actor for a really long time and he’s very good friends with Sandra), I would rather just be by myself in New York then pretend I wasn’t really unhappy in that marriage, which I tend to do when we go out to dinner together.

You know: Don’t say one fucking thing about how it really was; let’s just be nice and be friends. Pretend all that heartbreaking stuff didn’t happen. And then he’ll pick up the tab, which makes me feel like a child.

And I don’t want him to tell me anymore that he hopes my writing is going really well, as he’s helping me into a cab. And I don’t want to hear him say, ever again, anymore, ever: I hope you find yourself, Marilyn. I hope you’re happy.

Because the undertone is, well, you know.

(FYI: We spent our first anniversary at the Algonquin, so, for me, this will be, like, huge. To be there by myself. Just me. Happy little me.)

Another really interesting thing happened to me today. This guy I only know casually begged me to give him piano lessons.

He bought a piano. A really nice one. Really. And I said, “Wow, this is a nice piano.” And he said that he didn’t play and wanted to learn. And I said that it’s easy to learn and that there are those cool apps now that you can put on your phone and learn how to play.

So I finally agreed.

I’m sure it would not surprise any loyal readers of this lofty blog, to learn that playing the piano wound up being a really traumatizing thing for me. I mean, why wouldn’t it? Every single goddamned fucking thing in my life has traumatized me!

Okay, perhaps I exaggerate there, but I used to be an incredibly gifted pianist. And when I was 14, all the local piano teachers said that they’d taught me all they could and that I really needed to go to the Conservatory and study there.  So my parents sent me. Well, my mom did because my dad was gone by then.

So this is where I studied, and I hated it: 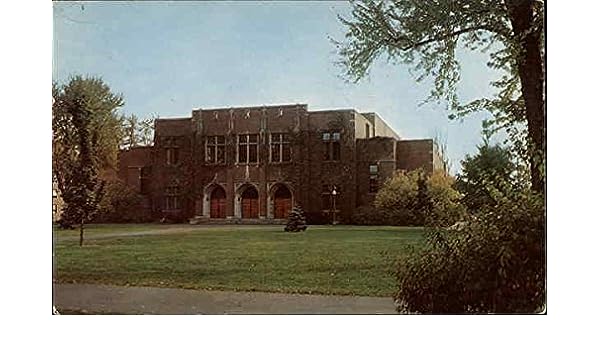 Why, you may ask? Because it was intensely joyless.  And it was frightening.  Right away, focusing on Bach, which is, like, 17 different tempos for each hand, at once. and my teacher was incredibly strict. The only time she ever smiled at me was when I gave my first recital and blew everybody away.

And mostly I blew everybody away because I thought that if I didn’t, that crazy lady with the metronome would fucking kill me. I went to every single lesson with rabid butterflies in my stomach — yes, rabid; meaning, butterflies frothing at the mouth! I was so afraid of that teacher.

It was just awful – the pressure.  And I couldn’t tell anybody how I felt because not only was I intensely shy, but my boyfriend had been killed by then, and the rapes had happened, and all of that. So my mind was just unraveling and it was hard for me to speak to people, about anything at all. And after the suicide attempt, when I was put in the mental hospital, there was a grand piano there and this really kind music therapist wanted me to play it as part of my therapy.

And I simply couldn’t do it. I just couldn’t. It was like I’d snapped. Part of me actually died, spiritually – the pianist part of me – after that suicide attempt.  My guitar I could still play, but not the piano. I couldn’t handle it. I had been so traumatized by that teacher and her metronome and BACH… And even though I bought a piano a few years ago, I wound up giving it away. So it’s going to be interesting, teaching someone how to play.

I think it’ll actually be a really, really beautiful thing. I loved playing so very much – before all the pressure.  I think it’ll be wonderful to go back to when everything was simple. You know: Here’s middle C.

Okay. Have a great night, gang! Wherever you are in the world. Thanks for visiting. I love you guys. See ya.