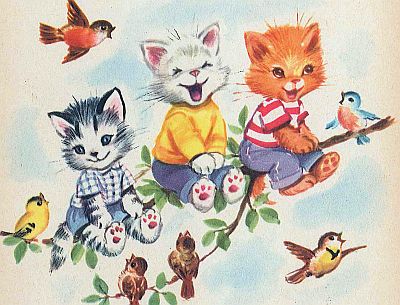 If you saw my early morning post yesterday, then you saw the view from my bed, as I was watching the sun just barely coming up outside my window, my coffee cup on my night table next to me (you couldn’t see that part, though, because my room was still cozy & dark.)

Here’s the very same view this morning but I stayed in bed even later today!!  (I’m guessing you can see, between the 2 photos, how cool this room is when it’s dark and the sun is just barely up.)

And I have switched coffee mugs. This is sort of my “November” coffee mug. I’m not sure why I think of it as that. But for some reason, I jumped ahead this morning to the November coffee mug. This morning, it just totally appealed to me…

I have now managed to force myself out of the bed and am sitting at my desk, blogging. (Yesterday, I blogged from my phone, so reluctant was I to leave the bed.) But I have yet to get dressed here this morning.  Which is almost unheard of. I am almost always dressed by the time I sit down at my desk. But this morning, I’m still in my jammies (a photo of which I regaled you with a few days ago — me, wearing my summer PJs in Peitor’s bathroom in West Hollywood last December.) And I’m wearing my blue flannel robe, because it’s chilly.

Loyal readers of this lofty blog no doubt recall that last fall, I decided to finally wear the blue flannel robe and claim it as my own. Back then, I said that I had bought it for an older man I had been involved with who left before he had a chance to wear it. But now I am okay with saying that he is dead. Last fall, I said that he “went away”. But what really happened is that he died before he had a chance to wear it. This is the  photo I posted one year ago, of me finally wearing his blue flannel robe. (I now consider it my robe. I’m doing totally okay with it.)

And for no reason whatsoever, I’m posting this photo of me from last February, wearing my favorite blue sweater!! (I originally sent this photo to Valerie in Brooklyn, but I saw it this morning while scrolling for the blue flannel robe!!)

Well, my gosh!! The photos out of Nick Cave’s Conversation in San Francisco last night were just great! He looked like he was having a really good time. And the theater was beautiful. And that amazing full moon last night — I’m guessing it all came together for a really great show.

Only one more show here in the States, on Tuesday night…. me getting very sad… oh well.

All right, well, lest you think I’m just ridiculously bitchy and hard-assed about spelling (see yesterday afternoon’s post), I just want to stress that her email to me came on the heels of a long, long stream of emails from men who seemed not to care at all that I was actually looking for a woman. And so when an actual woman wrote to me, finally, I could not have been more crestfallen when I discovered that she could not be bothered  to use spellcheck and so came across as sort of offensively stupid. I don’t mind if you aren’t super smart, or anything, but come on — at least be smart enough to use fucking spellcheck. Of course, she had no clue that I was a writer. It’s not in my profile. My photo is not even in my profile. But honestly — don’t you try to bring your “A” Game when you’re responding to a person’s ad and you hope they will reply to you? I was figuring, that was her “A” Game and, frankly, it was kinda scary.

But, anyway, I quit the site! Enough. I have to focus on the PLAY. Not on my endlessly erupting libido.

Oh for heaven’s sake, I am just too much sometimes, right?

Okay. Well, I think it’s a national holiday here (Columbus Day). The streets are certainly void of school buses and cars going off to work.  A very quiet, lovely sunny morning in October.

And speaking of Peitor in West Hollywood (which I was, quite briefly, a moment ago), and, therefore, of our fledgling micro-short video production company: He has had just heartbreaking issues with both of his elderly parents. His dad in Iowa and his mom in Italy. It has been nonstop now for a few months. Not only does he have to constantly travel to both of these far-flung places — meaning, drop everything and jump on a plane because something dire is happening — but it is also just draining his whole heart, mind, body; everything.

He and I text sporadically but have not had a chance to even talk on the phone since before I went to NY. We were all set to get back on schedule with the micro-scriptwriting and then he was suddenly called off to Iowa again because of something dire with his dad.

So that has been just very intense.  I really miss him and our weekly phone chats. He really knows how to make me laugh. We had such a great time last December, when it was just him and me together, alone, for nearly a week because his husband was off producing some TV show in Toronto… God, did we laugh!! Well, we also had time to talk about serious stuff, too.

All righty! Gonna put on some real clothes now and get to work around here. I hope you have a really good Monday, wherever you are in the world, gang!! Thanks for visiting! I love you guys. See ya. 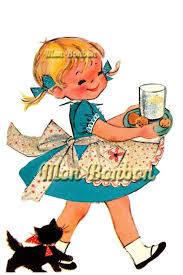