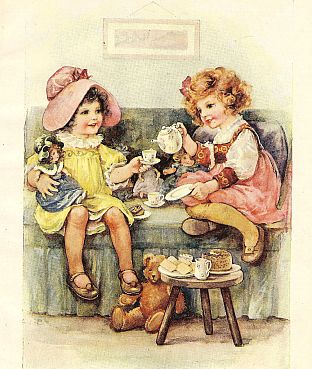 It is a really glorious October day here today.  I’m feeling a little more centered than I’ve felt in well over a week. Balanced, I guess.

Yesterday’s work with Peitor, over the phone, was really just great. Not only productive, but also it was really so much fun going over the script and all our notes for the script and both of us being kind of amazed by it. Some of it is intense, but on varying levels, all of it is funny.  We hadn’t worked on the script since July, so it was just fun to realize just how much work we had already gotten done on it before life went off in various intense directions.

It was also just great to be working with Peitor again and not feeling so isolated. I love writing, and I usually don’t mind that I have to be alone while doing that. But sometimes I really do feel intensely isolated. So it was great to be creative but have someone to laugh with, too.

And the movie is going to be so fucking cool even though it will only be about 8 minutes long.

Well, tomorrow would have been Tom Petty’s 69th birthday so there are memorial concerts all over the country for him this weekend and the proceeds go to his 2 favorite charities in LA — mission charities that help the homeless and homeless children, and maybe homeless addicts, or something like that. I don’t really remember the exact charities. But a lot is going on.

I am doing incredibly good about all this. Only an occasional twinge of sorrow and then only when I think of him from the late 70s & early 80s — sometimes that whole Tom Petty era really still gets to me. The loss of that. His incredibly intense and wonderful youth. But overall, I’m good.

Both of his daughters are in my Instagram feed but I don’t usually pay too much attention to either of their feeds because they are both very intense, outspoken women — both artists and extremely political.  I usually find both of them a little disarming. But for some reason, it feels rude to just unfollow them. But this weekend, one of them posted just some horrific stuff involving animals in peril, it was just awful, so disturbing. So I’m guessing she’s still having some really deep issues about her father’s birthday & his death. (Last year, she was intense, as well, but not in this horrific way.) So very public. All of it. I’m sure that has got to make everything so much harder to process.

But right at this very point in time, I’m coping with all my own issues of loss. I really am. I’m feeling that sense of perspective that’s calmer or perhaps more accepting of things? And not just various deaths, but other issues of loss that I’ve had to confront over the last few (extremely difficult) years, especially revolving around my adoptive mother. All of it is easing up now. It really is.

All right. Well I’m gonna scoot. Thanks for visiting, gang. I leave you with two things. A photo of Tom Petty with his granddaughter shortly before he died:

And a great song of his off of Damn the Torpedoes, their breakout album from 1978.  This is a live  version from that time period, in London, but Tom sings  his original lyrics to the song. On the album, Jimmy Iovine, the producer, made him get rid of the drug references.

All righty! Enjoy what’s left of Saturday, wherever you are in the world, gang. I love you guys. See ya.