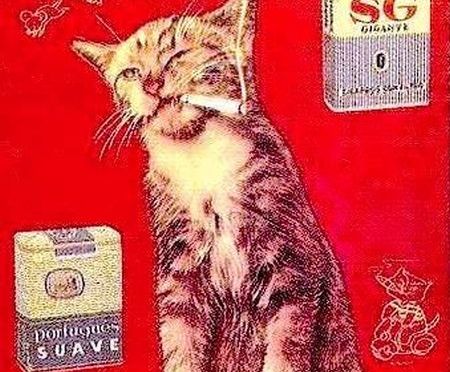 Well, from the sublime to the ridiculous — after all those mornings of not wanting to budge from bed until long after the sun was up, this morning, I was up and out of bed by 4:30. What the hell, right?

I guess just go with it.

I didn’t stop working until about 10PM last night, and that was the first time I’d gotten on Instagram all day, and quickly discovered an ad campaign or Vogue layout or both for the Vampire’s Wife’s pink dress.

Then I awoke around 3am, thinking about that pink dress campaign and how it sort of has the feel of a visual offshoot of the Ghosteen album cover — soft, pink, harmless. Not that the album cover is pink but it does have pink in it and it does feel intensely harmless. Like it could be a mural on the wall of a child’s nursery. And it struck me that the two projects combined — the new album and its subsequent merchandising and upcoming tour, and the pink dress merchandising campaign — is not just the processing of grief, but inadvertently the merchandising of grief, on a huge scale.

You know how I ponder things, and sometimes I ponder things past the point of no return, because I certainly don’t want to see Ghosteen that way. But it is part of the job: you make the record, you have to tour, sell tickets, sell the merchandise, hopefully sell the record itself; earn your living (even a guy’s “gotta make ends meet/on Jubilee Street” right?).

The dress doesn’t really weigh on me as much. Although, I don’t support women’s fashion overall, whether it’s the puritanical conformity of the Vampire’s Wife dress, or the sort of horrific complicated torture chambers of Alexander McQueen’s fashions, and everything in between. I realize, at the bottom line, women’s fashion is really just about the mind of the designer, but the overriding consequence of “women’s fashion” still bespeaks of the trivialization (and sometimes the attempted annihilation) of the minds, unique identities, and bodies of women. You know, there’s just no way around the decades, and decades, and decades of that symbolism. I’ve always been attracted to style icons — Bianca Jagger in the 1970s rushes to mind — but an overall blanket of “women’s fashion” has always sort of repelled me (the primary reason I didn’t last long as a professional fashion model when I was in my late teens — my own agent, the man responsible for getting me employed, yelling at me in front of the entire office that if I didn’t like being treated like a piece of meat, I was in the wrong business. And he was right.). (And then my adoptive dad coming to town and taking me out to dinner and finding out that I was working as a professional fashion model: “If you want men to think you’re stupid, Marilyn, then being a model is the best thing to be.” Thanks, Dad.)

I do love where men’s fashions have gone in this current century, though. Men’s fashions used to be just as annihilating of a man’s psychological freedom, his spirit. And now, with magazine’s like Another Man especially, men’s bodies, their personae within the fashions, within the mise en scene, seem to have become liquid art. Just something so invigorating and uplifting to look at there. To my mind, at least.

But I’m digressing. I was just lying there at 3am today, thinking about Ghosteen and the necessary fact of having to merchandise it, and then wondering what on Earth that would really mean. Are you ultimately merchandising the death of a child? My mind can’t really even begin to go there. It was so disturbing. I’m hoping, of course, that the experience is something that helps audiences transcend some specific grief; find release, maybe? Not just be swept into some sort of oceanic abyss of emotion, being that it will be on that frenzied scale of a live concert. That ultimately uncontrollable emotional scale. (I’m guessing you can tell that I don’t go to concerts, either. They just have become this huge, unwieldy “thing”. A veritable sea of “too much.”)

Skeleton Tree felt so different to me, as a record. There was still a lot of grief there, but it did feel like individual songs. And even while they were equally abstract, there were songs that I could viscerally connect with in terms of my own life — “Girl in Amber,” “Distant Sky,” “Jesus Alone,” and “I Need You.”

Ghosteen just seems so sweeping and not as if it contains separate, individual songs that you can just sort of toss out there in a song lineup. And it’s just a devastating album — in its grief, its beauty, its overwhelming, abstract imagery.  It might be easier if it wasn’t a sort of “concept” album; if it wasn’t a sort of microscopic focus on the byproduct of emotional chaos brought on by a child’s death. But I guess that’s sort of obvious, isn’t it — it would all be so much easier if it wasn’t that. Jesus. I just can’t process what it means to create a (hopefully) cathartic work of art about grief, about life, love, death; and then have to, you know, “take it on the road!” and wear a pink dress.

Just forever and ever, right? The death of a child has been unbearable. Psalm 137 (KJV) springs horribly to mind — and that’s from twenty-five hundred years ago.

But then I started thinking about David Byrne and how he has this really popular show on Broadway right now — American Utopia. I hope I get to see it. The Broadway cast album is out already, and it made me think of that Talking Heads song that I used to just love – “Don’t Worry About the Government”. Such simple times, you know? Early days in NYC. Life, even in its turmoil and awfulness, its drugs and booze and poverty and violence, was still new and still full of kinetic excitement for me and my friends. Daily.

But being in my early 20s, and being age 59 now — you can’t compare the two. You just can’t. There’s that pesky thing of experience fucking that comparison all up.

Still, it did make me go on YouTube at around 4am and play that song and realize that I still know every glorious word to it. And I remembered just how much that chorus meant to me, spoke to me, in those days.

Anyway. I gotta get started here. Thanks for visiting, gang. I love you guys. See ya!

“Don’t Worry About The Government”

CHORUS
Loved ones, loved ones visit the building,
take the highway, park and come up and see me
I’ll be working, working but if you come visit
I’ll put down what I’m doing, my friends are important

I see the states, across this big nation
I see the laws made in Washington, D.C.
I think of the ones I consider my favorites
I think of the people that are working for me

CHORUS
Loved ones, loved ones visit the building
Take the highway, park and come up and see me
I’ll be working, working but if you come visit
I’ll put down what I’m doing, my friends are important