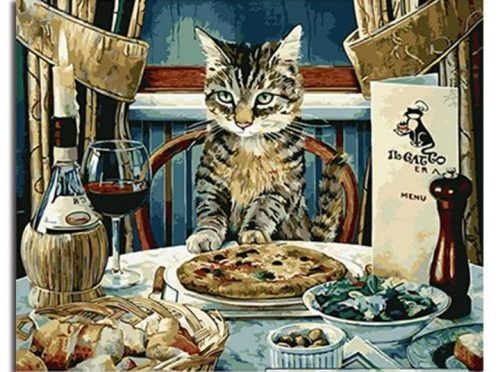 None of this “shooting her” business! We will deal with fucking movie budgets if we have to deal with fucking movie budgets.  God knows, I’ve dealt with worse things in my life. I’ll just buy MovieMagic budgeting software, like everybody else, and see if it will “magically” just do everything… (Loyal readers of this lofty blog perhaps recall that I am not super good at math. I am good at algebra. But, oddly, algebra does not feature hugely in movie budgeting.) (Not yet, anyway.)

Even though I really want to get back to some new chapters for In the Shadow of Narcissa, I’m thinking that some new pages for Thug Luckless: Welcome to P-Town will win out today. I’m sort of in a Thug Luckless kind of mood. (I always like to use the image below for quick reference — are we in a Thug mood today, or not?)

I’m not sure what happened yesterday — why it was that, midday, my energy completely turned around and became so stressed. It actually never got better.

(I think part of it is that I don’t see any reasonable way for me to attend any of the Nick Cave & the Bad Seeds concerts this time. I have too much to do with my various far flung projects and I will have to travel for all of those already. So Nick Cave just doesn’t seem like a reasonable expectation. Yeah, I know — I’m the one who decided it was going to be great to live alone in the middle of fucking nowhere so that traveling becomes such a fucking ordeal. And I am not a person who accepts “having to be reasonable” with any sort of grace or anything like that. I get pouty and frustrated, because I feel like I should just be able to do anything I want, right? And not have to fuck around with intensely complicated movie production budgets and playwright contracts that look suspiciously like the playwright always gets screwed, etc., etc. I think my barely suppressed attitude was fucking up my whole day yesterday and on into the night.)

Well, I did do Booty Core after I posted so angst-ily to the blog last evening, but the final ten minutes were so intense on my knees, that I just gave up on that, too.

I did watch a really cool episode of Ken Burns’ Jazz, though. We are now in the post-WWII era. Dave Brubeck is putting in an appearance now, along with Miles Davis. So we are inching into contemporary jazz, which is not my favorite.  But it is still just a really great documentary. I am almost done with all 10 episodes.  How many months has it taken me to watch this thing? But I have just really, really loved it and I’ve learned a whole lot about various jazz musicians that I just grew up taking for granted.

Even though I’m not a Charlie Parker fan, or even much of a Miles Davis fan, either (although I did meet Cicely Tyson back in the mid-1980s and she was really, really cool and just so sweet), (Miles Davis and Cicely Tyson were married at that time, in case you’re wondering what the fuck I’m suddenly talking about). Anyway.  In the documentary, they were saying that Charlie Parker’s impact on music fans was just as startling as Louis Armstrong’s had been on people in the 1920s.

I found that perspective really sort of jolting. It gave me something to think about, because of course I grew up in an era where Louis Armstrong was a household name, there was nothing at all startling or emotionally arresting about his sound. As far as I was concerned, he’d simply always been there. (I’ve learned a ton of cool stuff about him in this documentary, as well.) But it gave me a different perspective on Charlie Parker, too.

Anyway. I’m learning a lot. I still don’t understand what it means to actually be a human being — you know, why we exist and what we actually are (although I’m leaning toward believing that we are just vibrating energy that gets filtered through our senses, only appearing as something physical on the surface). But in the meantime, music is fucking cool.

In fact, on Instagram last evening, I was exposed to Miyavi for the first time.  @alysoncamus, who writes for RockNYC, always posts really cool photos and videos of bands playing in smaller clubs (in LA, I’m pretty sure). It’s almost always bands I’ve never heard of before because it’s not usually the kind of music I listen to. Still, I always find it really interesting. So many, many talented musicians out there in the world, making so many different kinds of music, and it is just so hard to earn a living at it nowadays.

However, Miyavi (from Japan) has been around a long time now and seems to be doing just fine. Although I had never heard of him until last night. I’m going to quote what Alyson Camus wrote about him on RockNYC because it seems extremely accurate: “Miyavi is a born rock star, electrifying the air with his powerful stage presence and his incredible energy, he is a blue-haired silver bullet with a theatrical style and a guitar on fire.”

I always love that feeling when you encounter a musician for the first time and your jaw sort of drops and you feel that kinetic energy just rush through you. Even on a tiny little screen like Instagram. (And it’s exactly things like that, which make me wonder what exactly human beings are, you know? What are we, when I can feel something like that through a tiny little screen on my fucking phone? And it wasn’t even live — the show happened Monday night. But anyway.)

So that was cool. And I had a wonderful exchange with a reader last evening, too. About an older story of mine that appeared in Italian translation a long time ago.

It’s really nice to finally be getting such life-affirming feedback on my writing, as opposed to the amount of letters I’ve gotten over the years from men in prison. I don’t judge people in prison, even though the people who have written to me have tended to be convicted murderers and pedophiles. I honestly don’t judge that. I still believe that the human experience is really just a transference of energy — choices that are constantly being made.  For whatever reasons. You know — if you choose to murder somebody, you’re making a choice about the energy you’re putting out and then you have to receive the energy that comes back from that.

So I don’t judge that. It comes down to choices. And I know the choices that I prefer to make in my own life; choices about who I want to be in the world. But it did feel incredibly great to hear from somebody who seems to have lived a really great life — free of prison and murder and pedophilia — and something I wrote got to be part of that. That really made me feel good.

So all is not lost!!

And who knows; maybe for some inexplicable reason, I’ll have to be in, like, Nashville on October 4th and, just like Charlie of “Chocolate Factory” fame, I’ll buy some sort of candy bar and inside of it will be a coveted  golden ticket to see Nick Cave & the Bad Seeds at the Grand Ole Opry! (I mean, how fucking mind-bending would that be? As much as I’d like to see, maybe, Ernest Tubb at the Grand Ole Opry (he’s quite dead, btw, in case you don’t know his music, plus, he would have played at the Ryman, not at the new one), still, it would just be too fucking amazing to see Nick Cave & the Bad Seeds at a venue like that.)

But anyway. Life goes on.

And on that note, I’m gonna get to work here on Thug Luckless! Pour a little bit of my frustrating angst into him!! Thanks for visiting, gang. You probably have a sneaking suspicion about what I’m leaving you with today — from the RockNYC YouTube channel! Miyavi. The full version of what I was watching on Instagram last night! Have a good Wednesday, wherever you are in the world! I love you guys. See ya.