Wow, what a weird morning I’ve had here so far, gang.

My perceptions have been all screwy.

First, I awoke around 3:45am, looked at my phone to see if there were any texts on it. There were, including one that was of great interest to me which turned out to not actually be there.

I like to think I was somehow still half asleep when I looked at the phone, but I could have sworn I saw what I saw. So that was intensely creepy.

I got up to go to the bathroom, stepped on something weird, which felt like a fuzzy cat toy of some kind. I turned on the lamp for a moment and there was absolutely nothing on the floor but the floor itself. So that was weird.

In the (dark) bathroom, I heard a very loud ticking sound that also creeped me out. It sounded like it was coming from the cabinet under the sink, but it wasn’t. And then the sound suddenly stopped.

Then I saw something weird on the bathroom floor, and thought: what the fuck is that? But upon blinking my eyes, I realized that it was just the bathroom scale.

When I came back into the (dark) bedroom, I saw a weird glow coming from the far side of the bed, on the floor. When I went to investigate, there was absolutely nothing there at all. No glow, no light, no nothing.

I decided at that point to get out of the bedroom and just go downstairs and start my morning. And even though everything was perfectly fine downstairs, I really was starting to worry that I was losing my mind.

So we’ll see how this day actually goes, gang. The sun is up now and all seems to be right with the world (and my bedroom), so here’s hoping…

(The most disappointing part of it, though, is that yesterday,  I had such a great day — from start to finish. I was expecting to wake up this morning still in the momentum of the great day yesterday, and instead, woke up in a completely different Universe.)

I don’t know if I’m working on Abstract Absurdity Productions stuff today or tomorrow, but I do know that I am doing a final edit on Peitor’s new book, starting today. I imagine it will take me about a week, so that means a couple of my own writing projects will likely take a backseat for right now, but at least it gets that project off his desk and will help him/us focus on film  stuff. Los Angeles is starting to come out of lockdown now, too, so we have a lot of work to catch up on.

So! Little by little, we are getting back to normal around here. (Or perhaps, me being out of my mind is going to be part of that “new” normal we keep hearing so much about!) (I hope not.)

I still have a TON of web work to do on the Abstract Absurdity Productions web site, though, which is sort of stressing me out — remember how that site was supposed to launch by April 1st??!! And  I had planned to hire “a happiness engineer” to help me quickly pull that site together, but then all these expenses came up for the barn so now I’m not sure. I guess we’ll just see.

What a strange, strange day, though, gang.

Last evening, down in my kitchen,  I streamed yet another Charlie Chan movie that I’ve seen a million times — Charlie Chan in Monte Carlo (1938). This was the last full Charlie Chan film Warner Oland made before he died. And thinking about that at the kitchen table last evening, caused me to google his cause of death — I knew he had died suddenly, and then they brought in Sidney Toler to be Charlie Chan for a bunch more films. But I never knew what had happened to Warner Oland. (He was , by far, my favorite Charlie Chan.) (And it turns out he was not part-Asian, although he’d said he was.)

But it turns out he was a really, really cool individual. I was kind of flabbergasted. He even did a lot of early stage work with Alla Nazimova!! (Who I write about, at length in my novel Twilight of the Immortal.) Warner was his Americanized stage name — he was actually born in Sweden (and died there, too, as it turned out). He married a playwright, who mastered the Swedish language, so that the two of them could  translate the playwright Strindberg’s plays into English. 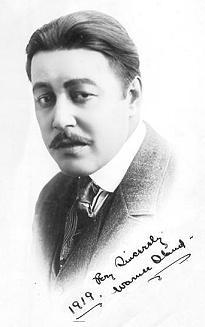 He and his wife were married for 30 years and were both very successful. And then — yes — his alcoholism (!!) caused him to walk off the set of a Charlie Chan movie, and that quickly killed the 30-year marriage. And shortly after the divorce, he visited friends back in Sweden, got pneumonia, discovered he also had emphysema, and then suddenly died. It all seems to have happened in very short order.

And in fact, 20th Century Fox (the studio he had walked out on) took the footage they had already filmed, replaced the Charlie Chan character with Peter Lorre playing Mr. Moto and released it as a Mr. Moto film!! Isn’t that wild? I of course saw that very same Mr. Moto movie just a couple weeks ago, and I wondered why on earth Keye Luke was in a Mr. Moto movie, still playing Charlie Chan’s Number One son….

I always loved Keye Luke because he reminded me so much of my first husband, Chong Foun Kee. They looked quite similar and had similar characteristics. Both good-looking and super friendly…

Anyway. It was quite a successful google expedition. I learned all kinds of interesting stuff!

I’m also making great progress in studying my French on the Mondly app. It’s quite fun and I’m actually learning stuff, even after 52 years of “studying” French…

On another topic altogether, the Nick Cave exhibit in Copenhagen, Stranger Than Kindness, has officially announced the re-scheduled opening date: June 20th and it will run until February 13, 2021!!  Details are here.

So that’s exciting! The world really is getting back to normal.

And on that great note, I guess I’d better get started around here.

I hope you have a good day, wherever you are in the world.  I hope all your perceptions are spot-on and you don’t drive yourself crazy on this happy Thursday.  I leave you with my breakfast-listening music — John Lee Hooker singing his hit “Boom Boom” from 1962. Such a sexy song. It hasn’t aged a bit. All righty, enjoy! Thanks for visiting, gang. I love love you guys. See ya.

Once you walk that walk
And talk that talk
And whisper in my ear
Tell me that you love me
I love that talk
That baby talk
You knock me dead
Right off my feet
A haw haw haw haw
Yeah, yeah!

6 thoughts on “Sure Hope the Morning Gets Better…”