Well, yesterday was a really unfortunate eye-opening sort of day.

I was more than happy to participate in the black lives matter hashtag because I do believe, with every fiber of my being, that the civil rights of black Americans need to be respected without question, 24/7.

However, I also believe that about every American. There are, unfortunately,  a whole lot of Americans who are indeed treated like second class citizens, at all times. That’s gone on for as long as I’ve been an American.

Civil liberties are extremely important to me, and because of that, I’ve learned the really difficult part of that — and that is that sometimes I have to support the rights of people I absolutely do not agree with but it’s the underlying foundation of being part of a Democracy.

It’s a really delicately balanced give & take, and because of that, America’s destiny has always been fraught with extreme emotions and outright violence. But I don’t support violence. I am a complete pacifist. And I don’t support racism of any kind.

I chose not to participate in the Black Out on Instagram yesterday because it felt a little like being forced by the Union to walk the picket line, even when you see some huge holes in the agenda that you can’t get on board with. For instance, the violence. And the underlying anti-white agenda that’s going on there, too. And the militant thinking, etc.

Signing on for the Black Out meant you were supporting the whole kit & caboodle, and I’m not such a generally-sweeping kind of gal. I prefer to stand back and be a critical thinker and throw my support behind each specific thing that I truly believe in.

But standing back, allowed me to see some of the really inexcusable stuff that went on. For instance, people choosing to not participate in the Black Out but posting their own meaningful posts about nonviolence instead, were slammed as racists.

Sean Ono Lennon springs hugely to mind. He posted an incredibly thoughtful post, in line with his Buddhist beliefs in nonviolence, and that nonviolent revolutions bring on more substantial change, and instead of being praised for being his own person and having his own mind, he was treated like a racist by total strangers slamming him on Instagram.

But the hugest hole in all of this is that I wouldn’t vote for Joe Biden if you paid me. So where are all these protest leading?

Anyone with an ounce of critical thinking can see that Biden’s sleazy and ineffective — and yet much more controllable than any of the other candidates who were vying for the job — and, if elected, he will likely just be a puppet President for the Democrats to prop up and stand behind so that they can then get down to practicing their own brand of dirty politics, business-as-usual. Because Democrats are just as guilty of that stuff — Hilary and Obama seem to have led the pack during their final year in the White House, based on what seems to have come to light in the Senate Judicial Investigative Committee on Mike Flynn.

Anyway, my point is, the protests (which are beginning to become more peaceful in some cities), are only throwing way more voters into Trump’s lap. And leaving no strong leader-type candidate to oppose him.  None. Zippo.

That’s a huge gaping leaky hole in that boat that’s organizing both violent and nonviolent protests all over the country. You know — what is all this massive (and justified) unrest leading to? Joe Biden? And is there going to be a Presidential debate between Biden and Trump? In what universe is Biden ever going to win that? Honestly, we all know he has trouble forming coherent sentences.

And so where does that really leave people like me, who are nonviolent, who don’t support racism, who do support the complex inter-balance of civil liberties across the board…

So, yesterday was not a pretty picture at all, in my opinion.

And then something else happened that appalled me beyond belief.

A white man connected to my play, Tell My Bones — a play about the 100-year-old black  painter Helen LaFrance — was using Helen’s incredible painting, “Canning Peaches,” as his wallpaper during a Zoom meeting the other day, and he was accused of being a “white Master on a slave plantation” and told to remove the painting.

Is this really what we’re coming to in America? Such extreme intolerance between the races? Helen’s painting couldn’t be more magnificent — especially if you’re lucky enough to see the painting in person. Her use of light, of primary colors, and her unbelievable attention to detail and perspective just stagger the eyes when you really look at it. (And she’s a Memory Painter, which means, she paints everything from her memories — she uses no live models or actual landscapes.)

Are we really saying that only black people are permitted to stand in front of, or be depicted in front of, any of Helen’s paintings that feature black people in them? (And in the case of “Canning Peaches,” it’s Helen and her mother. They aren’t slaves or even sharecroppers. They’re in the farm house that Helen grew up in — on the farm her family owned.) So, really?

You know, I wrote, first, the screenplay (Tell My Bones), and now the play, about Helen LaFrance because I fell in love with her paintings. And I wanted to try to help the world find out about her art.

And when I secured a chance to actually meet her in person (through Gus Van Sant, Sr.), I had a 15-year old beat-up car, with 150,000 miles on it, but I threw an overnight bag into it and just took off. By myself. And it was a 10-hour drive. Plus, back then, I was suffering from acute anxiety disorder and I had a dread fear of crossing bridges. But I had to drive over so many fucking bridges to get to the farthest south-western corner of Kentucky, where Helen lived (in a nursing home) — including the enormous bridge spanning the Ohio River just to get into the State of Kentucky.

But I drove and drove and drove. And drove and drove and drove. And crossed many, many bridges that made me feel like I was going to have a heart attack. And when I finally arrived in Mayfield, and the woman who handles all of Helen’s business affairs, took me in to meet Helen, Helen was not at all interested in talking to any white person. She was cold as stone, suspicious, and not friendly at all. (She was working on a painting and would barely look at me.) (She paints with her left hand now, because she is paralyzed down her right side.)

So when this man told me on Tuesday that he was accused of being a “white Master on a slave plantation” because he used “Canning Peaches” as his Zoom background and being forced to remove it — Jesus. I didn’t know whether to cry or to scream or to shoot myself. (And this was an educated white person accusing him of this, btw.)

What has happened to critical thinking in this country? I just don’t know. But it really hurt when he told me that. It really upset me. Plus, it was so humiliating for him — he couldn’t be more in love with Helen’s paintings if he tried.

Now I will talk about Nick Cave & the Bad Seeds!

According to Instagram, today is the 35th Anniversary of the release of  Nick Cave & the Bad Seeds’ astoundingly amazing album The First Born is Dead. 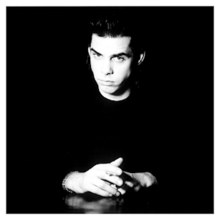 This is the record that totally blew my mind and made me a life-long believer in the utter genius that is Nick Cave. (I’ve written in detail about this before — getting off the subway train in Hoboken, NJ, to visit my girlfriend, finding that tiny record store along the way, which was filled with impossible-to-get (expensive) imports, and finding The First Born is Dead, taking it home, playing it, and becoming eternally stupefied.)

So anyway. Let us celebrate that, okay??!! Not so much my stupefication, but the album, over all. And let’s celebrate that it’s June, and that somehow, someway, everything always kind of works out all right. All things considered.

I’m gonna leave you not with the really, really famous song, “Tupelo,” but another favorite of mine from that album, “Train Long Suffering.” So listen and enjoy.

Thanks for visiting, gang!!! I hope you enjoy your Wednesday, wherever you are in the world today — regardless of your race, nationality, gender, sexual preference, religion, education level, or state of your bank account!! Yay! Seriously, though. Thanks for visiting.  I love you guys. See ya!