I am of course talking about the non-stop com r*des on the Far L*ft whose sole goal in life is to try to get you to disbelieve  anything at all that actually makes sense.

So, clearly, they must stay awake all night trying to think of new ways to get you to buy into their garbage.

I’m currently talking about how they’re scrambling to try to undue the damage done by that Austrian MP who proved in front of the Austrian parliament that Coca Cola tests positive for C* VID 19 when using the thoroughly rigged p  c  r  test. The M P went on to say:

“The evidence is overwhelming, starting with the absolutely absurd mass tests that are currently being carried out, which are nothing more than a large-scale redistribution of tens of millions of euros in tax money from the population…it can’t go on like this.”

Much like how the Italian scientist showed how the seemingly harmless kiwi also tests positive for C* VID when using the thoroughly rigged p  c  r  test.

(There have also been chicken wings tested, and mangoes tested, and it seems that everything everywhere — including millions of people — tests positive for C* VID when using that test.)

Which of course is why this is important to watch:

No, I am not letting up on this. And partly because I encountered a young woman in the health food store yesterday.

On the outside, she looked perfectly healthy. I don’t know if she had a compromised immune system. She didn’t say. She seemed to simply be out of her mind with anxiety. Two older men — in their 70s — were also in  the store. One, who seemed to be mostly Native American (who was exceedingly attractive, btw, and did not look 72!!), wasn’t wearing a m*sk at all. I didn’t even notice because I’m not part of the m* sk police. The other man had his m* sk lowered because he was actually prophesying something about Jesus. It was sort of fascinating.

Anyway, the young woman was hovering in the corner, completely terrified. And I thought she was afraid of the Jesus thing. I went over to her and asked her if she was frightened. And she was so angry. She said that she didn’t appreciate them not wearing m*sks and that they were invading her personal space…

Whoa, right? Here we all were — so much older than she was and knowing now that it’s all a fr*ud (there’s a virus, yes,  but it’s not worthy of a p* nd* m*c) (or as some people call it : the “planned-emic’). And yet here’s this young woman, absolutely buying it, hook line & sinker, and terrified out of her mind.

I actually just walked away from her because I could see it was hopeless. But it makes me so angry, to see what they are doing to these poor people who are falling into this scheme of psychological control and they are losing their minds.

And when a person is that far gone (the term is “delusional psychosis”), if you try to tell them that m* sks don’t work, that more and more studies are coming out to prove it — yet there are no studies proving they do work, and all you have to do is look around at the world, lo! these many months now, and use common sense to see that if the m*sks worked, we wouldn’t have a so-called p * n d* m*c, getting worse and worse with each passing day…. Or that the C D C has known all along that m* sks don’t work, etc., well, you’re just going to push these poor people’s minds to the breaking point.

In my opinion, that does qualify as a “crime against humanity.” (See video above.)

What’s going to happen to that poor woman when she finally finds out the truth? And multiply her times all the others who are still under this spell of extreme psychological manipulation?

And keep in mind that, at least around here, hospitals get paid upwards of $30K for each C* VID death they have, so what is likely to go on the death certificate? The surviving relatives have to actually start lawsuits against the hospitals in order to get the right cause of death put on the death certificate for their loved one. (So far, no one has won yet; it’s all still in progress.)

Much like how big ph * rma is now paying pastors $30K to encourage their congregations, from the pulpit no less, to get vaccinated… 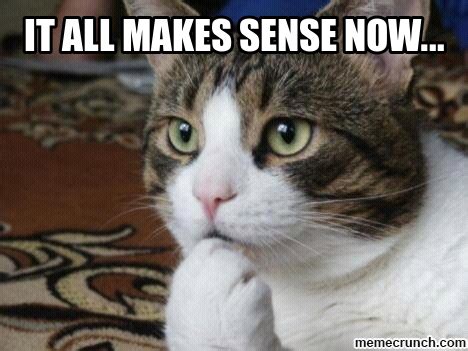 All right. Here’s another idea.

The Gallop Poll revealed yesterday that Tr**p is the most admired man in America for 2020. He not only booted O b o zo out of the prime spot for the first time in 12 years (I’m guessing he was a little hard to be around yesterday — O b * m *, I mean; aka “the excruciatingly extreme narcissist”).

Anyway, Tr**p not only booted O b* m* out of that spot, but B* den — yes, the man who allegedly got more votes  in 2020 than John F. Kennedy and O * b*m* ever got, both of whom are considered among the most popular pr* s* d* nts in history. Anyway, B* den, who allegedly won the Pr* s* d* ncy with 80 million votes,  was way down on the Gallop Poll list of admired men…

What was also of interest, is that m i c h * ll e  o b* m* was selected as the most admired woman of 2020. I only find this odd because I personally do not know a single solitary person who likes that woman. But then I don’t know everyone.

If you missed the wide angle video I posted last week about the c e o of  O v *r st * ck and the multi-million dollar bribery scam involving our beloved H * ll *ry, you might want to watch it, because he talks about O b * m *’s scheme to remain Pr * s*n d*nt for no less than 3 if not 4 additional terms. (Not counting the 2 he already had).  He was planning to achieve this by putting H * ll * ry up as a puppet for 2 terms, then his wife, m * ch* lle. (This was allegedly going to be achieved through the constant rigging of e l * ct* ons, much like how he is trying to become P r * s* d* nt again by setting B* den up as a puppet in a rigged el * ct * on, followed closely by k *m * l *, because I don’t think anyone on Earth thinks B* den is going to not face some sort of criminal money-laundering charges, whether its here in the U S or in our beloved u k r a i n e, and so they are expecting k*m * l * to actually be the Pr * s* d* nt. )

Anyway. The guy is power mad.

Okay, well, more developments on the Stimulus Bill but I will let the videos below discuss that for you, since they do it really, really well.

Thanks for visiting, gang. I hope you are taking it easy and gearing up for a really nice New Year’s Eve!! I love you guys. See ya.

Below: “The people are now seeing for the first time that congress is not for the people, they are interested in their lobbyists, special interest groups and they are not passing bills to benefit the people. Tr**p just exposed the economic swamp.”

Oh, and guess what? There’s still massive el * ct * on fr* ud out there. This has something to do with very complicated math (meaning addition and subtraction) …