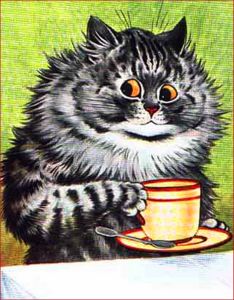 Every book or eBook of mine that you purchase (that isn’t downloaded illegally online) helps put actual food on my actual table and this is no lie! So please consider buying my new books. And giving them (hopefully ‘stellar’) reviews.

Also, if you want a review copy of either book — or both — and are planning to actually review them, I will have review files coming soon. So be in touch at the email link way up there at the top left of the blog.

I thank you with my whole heart.

Okay. So. Loyal readers of this lofty blog no doubt recall that in protest of their extreme c*n s*r sh*p policies, combined with the fact that I rarely used the platforms anymore, I quit tw * tt *r and F  B back in November.

Now he is claiming that arrests for High Treason will be made on or before Jan 6 th (?) and you won’t actually believe who he said would be arrested ( v p P * n c* and Mc C * nn *  ll– for treason).  And who was in line (through Military Intelligence) to take the soon-to-be vacated places. (P* m p *o and F l * nn.)

And there’s talk of Military Tribunals, too. Military Intelligence doesn’t answer to Congress — or the c  i  a, f   b   i, or the  n  s   a. So it is just getting off-the-charts intense now.

Meanwhile, the idiotic leaders in the House introduced a “Rules” package yesterday to remove gender terms, such as “father, mother, sister, and brother,” from use in the House to eliminate pronouns and familial relationships in order to make things gender neutral.

We’re in the throes of an all-out c * up d’* t*t here in America, so you can see why a thing like that idiotic proposal would be the very first thing we’d want to tackle right now….

I’m hoping you watched D*n B*n g*no’s video  from a week or so ago, where he went into precise detail about why and how the Far L* ft fucks around with common language in order to try to dis-empower you and create some sort of semblance of power for themselves.

So, you know, try not to fall for this shit. Use the common language.

And, aside from massive restructuring of pharmaceutical prices here in the U S (i.e., prescription drugs are going to be much cheaper now that America has favored-nation status with drug companies), the only Pr* s* d* nt*al announcement I am aware of that happened yesterday is this one, a F E M A bill, but I really have no understanding of exactly what it is,  meaning the actual depth or scope of it:

I’m guessing that if I ask the State to give me a grant to keep the ceiling in my downstairs bathroom from collapsing from so much rain, the answer is gonna be ‘no.’

I’m thinking this F E M A  S T O R M Act is a whole different enchilada. But I just don’t really know what it is.

(And remember how those F E M A camps were popping up all over America during the O b * m* admin? And how there were many of us, positing the idea that the camps were ultimately going to be determent camps for dissenters against O b * m *’s Far L*ft? And everyone called us “conspiracy nuts”? Well, consider that, just a few days ago, that special Senate Committee determined that the O b * m * Admin was knowingly and  illegally donating  to  M* sl*m terrorists in the Mid dle E a s t  with American tax dollars. That’s not a joke, people. I don’t give a shit where he was or wasn’t born, where he was or wasn’t raised, that guy is hell-bent on bringing down America with the help of our favorite Hun ga r i an.)

All righty. So. That’s kind of it, today. Since yesterday was a national holiday, there weren’t a lot of folks online.

I hope you have a good Saturday underway, wherever you are in the world. I leave you with my breakfast-listening music from this morning — I’ve posted it here before. “Foi Na Cruz,” by Nick Cave & the Bad Seeds, from their 1990 album, The Good Son.

Below: X *2 R* p^ rt  interview with Jordan Sather: “Jordan begins by talking about how this pandemic is one big scamdemic and Tr** p is using the vaccines to remove the fear and counter the MSM/[**] push of keeping the country locked down. What we are witnessing in regards to the el* ct *on, and the crimes the [**] has committed, is one big sting operation and the [**] will not go down easy.”