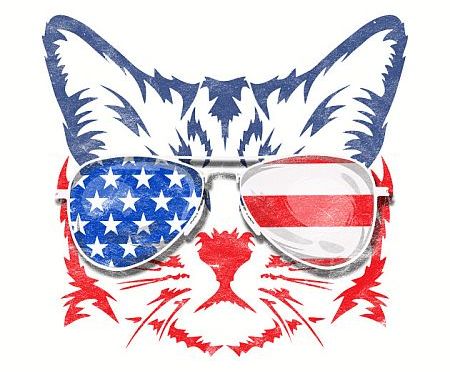 I’m thinking that if they want to decline their nominations, they should perhaps decline them because they think these rigged awards are growing meaningless and that maybe it’s more important to stay spiritually centered, to just keep creating and getting their music to the people… but that’s just me.

I also see that more MPs in Canada are resigning because they went on vacation during a virus l*ck d*wn. Maybe instead of resigning, they should admit that they personally believe the l* d* wns are a fr* ud… but again, that’s just me.

WTF is going on in the UK now??!! Jesus Christ. Absolutely unbelievable and inexcusable… BUT WAIT!! There is an excuse!!

Watch the video below and it will all become horrifically clear to you. I’m serious. (And if you’re an American, pay close attention at the 32-minute mark: those summer riots we had were in fact a well thought-out real estate acquisition plan in “opportunity zones”.) (Please, people. Stop drinking the Kool-Aid and use your eyes and ears.)

I sent this video out to some friends in NYC yesterday, along with the details of that terrifying new Bill proposal in NY State, A416. You can call me an over-reactionary, but transhumanism (also known as genetic engineering and artificial intelligence) and forced vaccinations (injecting living GMO’s directly into your body) are not too far removed, gang. (Please, people. Stop drinking the Kool-Aid and use your eyes and ears.)

Okay, some other stuff you need to know if you don’t already. (You’ll notice, he doesn’t recommend m * sks or l*ck d*wns.)

When Dr. Vladimir Z* l* nko reached out to the W H with his discovery that a pre-hospital treatment of zinc, hydroxychloroquine, and azithromycin reduced by 84 percent the number of his C* VID patients needing to be admitted to the hospital, it was hailed as a treatment that could save hundreds of thousands of lives.

Pr* s* d* nt Tr** p touted the treatment as a “game changer,” but certain factions had other plans. The Pr* s* d* nt’s enemies didn’t want him to get a win. An th* ny F** ci, a member of the Leadership Advisory Team for the B* ll & M* l* nda G* tes’ Foundation’s “D* cade of V a c c i n e s,” immediately downplayed the treatment and pushed for a vaccine instead – without ever disclosing his conflict of interest. Next thing you knew, a drug that is sold over the counter in many countries and has been prescribed nearly 100 million times in 65 years was suddenly reported as deadly. And people believed it.

[Please, people. Stop drinking the Kool-Aid and use your eyes and ears — Ed.]

[Z * l* nk o’s  full protocol to guard against getting C* VID is here] First off, he states:

“Young healthy people do not need prophylaxis against C* VID.  In young and healthy people, this infection causes mild cold-like symptoms.  It is advantageous for these patients to be exposed to C* VID, build up their antibodies and have their immune system clear the virus.  This will facilitate the development of herd immunity and help prevent future C* VID pandemics.  However, if these patients desire prophylaxis against C* VID, then they should take the protocol noted below.”

High Risk Patients (over 45 or with compromised immune systems):

In the US, HCQ requires a prescription, just FYI.

Okay, today and tomorrow, and possibly even the whole week, depending on what hell breaks loose tomorrow in D C , the focus is on G A and then those el* ct * r*l votes… Most of the podcasts I follow are heading to D C.

Meanwhile, I leave you with some videos of interest.

But thanks for visiting, gang. Have a good day out there, wherever you are in the world. And hash t*g  fight back. However you know how. It is not too late.

I love you guys. See ya.

Below: T* lsi G* bb ard does a very good job of explaining why all this de-gendered language crap is incredibly disrespectful to women. (Hint: It tries to make us disappear. We are no longer mothers, grandmothers. sisters, daughters, aunts. We are nothing.)

Below: About 2 minutes of testimony in front of a Congressional Committee.

Below: “Tr**p is ready to go. The [**] has been given multiple chances to follow the rule of law. He has now trapped them, this will not end well for the swamp. All parts of the plan are now coming together, crimes against humanity, election fraud, the economic system, it is all being exposed at once. The p* triots are ready to drop the evidence, buckle up its going to be a bumpy ride. ”

Below: “…the explosive new revelations about the G A election and the ridiculous media spin behind it.” (A perfect example of why it would behoove you to stop drinking the Kool-Aid.)