Last night was unreal, gang. The build-up of stress from such an intense weekend. Relentless news. Hour after hour after hour, for two solid days.

And now, this morning : Nothing. Deadly calm. So strange. The first quiet morning in weeks…

Yesterday, though, communications blackouts along the East Coast — first CBS, and then all cellphone carriers went down. We can only guess that more arr  ests were made. But who, where, how? (The ‘why’ is probably high t r  e  a  s  o  n.) (I guess we should check our local Ritz Carlton and see if any of the conference rooms have familiar faces lodged there…)

Lef ti st’s and our beloved c  n   n  publicly called out last night for ALL s * c * al m* dia hubs where Tr **p supporters gather to be shut down, literally. All of them — so that we can’t communicate.

And p  a  r  l  e  r  is officially back online, although nothing is there yet but a message from the CEO on the front page.

And the stupidest most craziest piece of news  is that the new head of the C D  C  is declaring she expects at least 500,000 deaths from C * VID this year! Oooh, aaaahhh…. What planet is she on? More interestingly — what planet does she think we’re on??

Her declaration comes on the heels of the entire country of Peru accusing b * l l g * t es, s * r * s, the r *  c k e f e ll ers  and other elites, worldwide, of inventing  the v*rus; that it has an “unpredictable” nature except to its creators, who “direct it with extreme secrecy.”

Many na tion al g ua rd tr ** ps were on duty at many state cap i t al buildings across the country — including here in Ohio. And as far as I know, there was only minor violence and a few random arrests.  (Here, we had an  a  r  c h  i st pro t e st er s from out of town, but I don’t think it led to any real r * o ting.)

Everyone is staying closer to home, steering clear of potential problem areas. So that is a really great thing. (Although Keyboard Operator thinks the whole plan was  to get the N  G in place.  Video is below.) And yet more and more tr **ps arrive in D  C … (and the le  f  t is trying to convince their viewers that these tr **p s are all “unarmed” — meaning they have g u ns but no am  m  u n i t i on.  And if you believe that, then watch out for those 500,000 v*rus deaths — they’re coming you’re way, too.)

It is so obvious that something huge is up.  Yesterday,  d  n  i  released the report that C * P interfered and “sought to influence” with the el * c t * on. And that the c  i  a  tried to diminish this assessment. So it’s all out there — all the official documentation from far and wide, that the e l * c t * on was r * g g ed, that several other countries were involved in various ways, that some of our most powerful c * n gr e ss people and b* g t * ch c  e  o’s are literally in bed with c  h  *  n * and having a seriously dangerous influence on this country.

Luckily, I don’t have television, and haven’t had it for years. It is a lot easier for me to tune out the arguments on either side and simply look at what is in front of me.  If you are able to do that, too, you’ll see that none of it fits any of the narratives currently fighting for your attention.

And, honestly, that “broken foot” and how quickly it healed no longer makes any sense… I’m serious, gang. If and when you see that guy in public now, he looks like he’s completely falling apart. Ditto Fancy- Nan. And where is h  *  n t  er ? The charges against him are completely public now.  Will they give them all  the option of getting C* VID? (I believe C * VID is the new “cancer.” Instead of people suddenly dying from cancer, perhaps they get to “die from C * VID” and save face… while they are quietly dispatched, neat & tidy. All over the world. Turning their current weapon of choice against them. )

Not to mention a whole bunch of other governments stepping down everywhere. And while I do not wish to get into that really messy argument about the p  o  p  e  , it was curious that he announced he was planning to resign , like right now — doesn’t anyone remember that? It was only, like,  a few moments ago. And then suddenly blackouts at the v  a t  i  c  an  and roads blocked all over r  o   m  e, and then nine b i s  h  o p s  die in one week from C* VID. And the i  t  a  l  i  an  gov seems to be imploding. 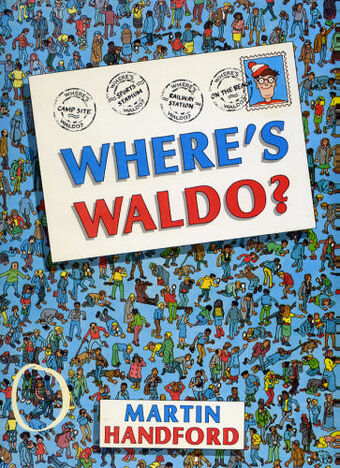 This is all just stuff I think about, gang.  Because the things they are trying to get us to believe either make absolutely no sense, or point to a particular pattern, even if we can’t put our finger directly on it. Yet.

But methinks we will find out soon enough. Tomorrow ( jan 19 th) is National Popcorn Day. I suppose we’d better get ready for anything.

All right. I can’t imagine this is related to anything political — Phil Spector, the incredible record producer of some the 1960s’ greatest hits,  died in the prison hospital yesterday, from natural causes. The last act of his life ended badly, but those early years were priceless.

I leave you with that today. Thanks for visiting, gang. I love you guys. See ya.