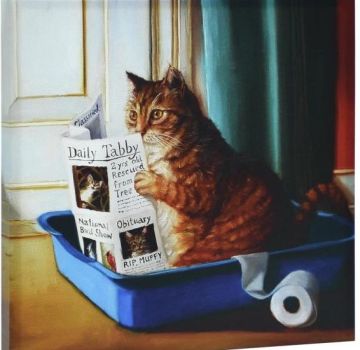 Okay, there is news today, gang, but all of it is sort of weird.

First, Phil did do a livestream last night — however, during the afternoon, he also did an intense deconstruction on Deep State James. And I have to say — that DSJ guy sounds absolutely slimy. Just the sound of his voice. Total creepazoid.

Anyway, you can check out Phil’s deconstruction of DSJ on his telegram channel HERE.

And here is the replay of his livestream last night: “Phil drops a huge piece of intel, which will kick off the next series of events. We also discuss Dr. Anthony Fauci, followed by a LIVE Q&A from Phil’s followers.” (1 hr 25 mins):

This is not the usual news I post here, but speaking of creepazoids….

Johnny Depp’s defamation trial against his ex-creepazoid is going on now, and it is all over my Instagram and YouTube feeds, so I have watched some of the videos (but only the ones that are just Johnny Depp testifying because, first of all, anything having to do with a court of law absolutely skeeves me, and second, I don’t want to run the risk of actually hearing his ex-creepazoid speak, because this could easily happen to me:

Here’s an image from Pepe Lives Matter that I can totally identify with:

I’ve been informed, Wells Fargo Bank received the Federal Reserve Codes for Republic accessibility to funds. The world now expects China to announce its gold holdings in Beijing sometime after 12:01 am CST (midnight EDT). This will give the Chinese Yuan full access to the IMF’s basket of global reserve currencies, known as SDRs (Special Drawing Rights), replacing the USD as the most influential global currency in the world.
This subtle press release will automatically invoke the gold standard embodied in the UN Paris Agreement. This is expected to be ratified simultaneously and initiate our final disclosure protocols for the global currency redefinition / Republic currency revaluation of the USN.
At 2:00 am EDT, all Reno subgroup leaders are expected to have 100% access to their newly renewed USN accounts for an immediate payout. This includes the Admiral Group.”

Also, along those lines–

“NEW – Israel’s central bank adds the Chinese yuan and three other currencies to its $206 billion reserves, reducing the allocation for the dollar and the euro.”

“☝️ this trend will continue…
In the EU is Mass confusion among bankers //// they don’t know what’s happening ???

“❗️ China says demand for Russian goods in China is growing sharply, China is ready to guarantee uninterrupted supplies of Russian products to its market in priority mode. The Chinese ambassador also announced: “I would like to note that the embassy is ready to provide all kinds of assistance to Russian entrepreneurs, our partners — in establishing contacts and cooperation with Chinese businesses/entrepreneurs, as well as with Chinese regions and with any interested organizations,”

“Downer is the key and first domino to show Australia’s role as key player in the global intelligence and black ops world. This does lead to exposing institutional child rape and much more in Australia.
Insta @daleholmes89″

This sad news has been developing for several days —

From QTSR — (I posted some of his videos here to the blog at the start of the Ukraine liberation):

“COACH RED PILL…( GONZALO LIRA) .. a POWERFUL Patriot & part of the Great AWAKENING ALLIANCE in UKRAINE , who gave boots on the ground journalism …on what’s really going on in Ukraine is now Reported missing since April 15 , by several sources .

New reports say he was KILLED by the Azov Battalion who is affiliated with the (SBU) Ukraine secret service.

Deep admiration and respect to a TRUE Warrior who was deep in trenches of the WAR and help [ EXPOSE ] the UKRAINE government and corrupt SYSTEM.”

And perhaps the strangest news of all yesterday was about that alleged “evacuation” of the US Capitol.

“if you are truly concerned about an aerial attack on politicians and federal workers, why would you publish where everyone is supposed to go and not go?

“Re DC evac: I think maybe they (WH or BH) needed people to leave everything they had and something just got grabbed. They had an excuse and took it.”

And meanwhile, Richard Citizen Journalist was right there during the alleged evacuation (video at his link):

“The latest from the Capitol. No lockdown or police presence etc that I can see.”

And from “Nancy Drew” who was also there yesterday:

“Did y’all see this quick live from him earlier regarding evacuating the Crapitol? I wouldn’t have paid much attention, however he says he’s coming live from the Los Angeles Port, and my ears perked up. Lots of talk about ports lately, huh? So, I looked and thought the cargo ship behind him looked awfully familiar. Evergreen?🧐🤔 so I grabbed a pic off Google, just to appease myself. Looks like it to me. Hmmmm….interesting. Why is he at the Los Angeles Port, right now, and why is an Evergreen ship, conveniently behind him? 🤔 bizarre”

Over at Cave Things: Available for Pre-Order!!

‘While in lockdown I wrote a number of psalms, or small, sacred songs—one a day for a week. The seven psalms are presented as one long meditation—on faith, rage, love, grief, mercy, sex and praise. A strange, contemplative offering borne of an uncertain time. I hope you like it.’ Nick Cave

Exclusive version including a Seven Psalms Prayer Card, only available on Cave Things

Tracklist:
Side A
How Long Have I Waited?
Have Mercy On Me
I Have Trembled My Way Deep
I Have Wandered All My Unending Days
Splendour, Glorious Splendour
Such Things Should Never Happen
I Come Alone And To You

Side B
Psalm Instrumental

And that’s it for now, gang.

Gonna tackle the rest of the laundry and then, this afternoon, I have a webinar to “attend” on Zoom for work, and I get a FREE bottle of my favorite CBD for participating. Yay.

And I have to say — regarding the recent raise we got at work: Wow. I got paid last night and I still had money leftover from my last check. Unbelievable. It’s been OVER A YEAR since this has been the case. I usually, literally, have $3 to make it between paychecks. So. Yippee ki yi yay!! I will be able to make my car payment AND also have some money leftover to pay other bills. What an awesome idea…

Okay! Hang in there, gang. Enjoy your Thursday, wherever you are in the world.

Thanks for visiting. I love you guys. See ya.

I leave you with my driving-to-town music from yesterday! The 1984 classic smash hit from Foreigner, “I Want to Know What Love Is”. Enjoy, gang!!

Awaken with JP: The Travel Mask Mandate is Over! (13 mins):

X22 Report: [HRC] Panics, All Assets Deployed, How Is Evidence Legally Introduced, We Have It All (48 mins):