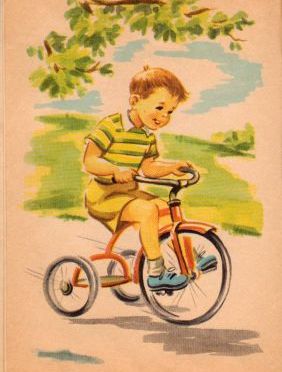 Okay, so I am now traumatized by the sound of wind.

After what happened to my tree on Monday night (and, yes — a huge part of my tree is STILL lying there in all its enormous splendor, smashed against my neighbor’s house. It is all I can see when I look out one of my bedroom windows. Well, I mean, I can also see my nieghbor’s smashed-in roof, his broken windows, his gutters ripped away from the house and just dangling there. It took him forever to deal with his insurance company. I do not know why. He was texting me, in high-anxiety mode for about 24 hours, basically ruining my whole day off on Thursday. Whereas, by then, my own insurance company had been in touch with me no less than 8 times, and twice with my neighbor and once with his insurance company… Meanwhile, his insurance company did not come out to view the damage until last evening, 4 days later, and so the poor tree is still there.)

Anyway. Winds came through around 3AM this morning — about 17 miles an hour. nothing at all like what happened on Monday night, which was a type of mini-tornado — and yet it woke me from a sound sleep and filled me with extreme anxiety that would not quit. All I could do was relive seeing that huge portion of my tree breaking away, over and over, and landing on my neighbor’s house.

My girlfriend in L.A. remarked the other day — “what are the odds that you’d be standing by the window when that wind came through and so you saw it all?” Indeed, what are the odds? Everything about what happened on Monday night is beyond belief and so much like my whole entire life…

And I was informed yesterday — no surprise– that the remainder of my beloved silver maple tree has to come down. It is heartbreaking to me but I knew it was coming. The good news is that since the tree is between the sidewalk and the street, it is actually owned by the village and they will be the ones to remove it. Saving me a ton of money that I do not have.

In other news that is beyond belief — to me, anyway:

Wow, gang. For whatever reason, Johnny Depp & Jeff Beck recorded a version of the Velvet Underground’s classic song, “Venus In Furs” — an ode to sado-masochism — on their upcoming album, titled 18. And wow, is it good! I honestly could not believe it. I couldn’t believe they recorded it, nor could I believe how good it was. Which says a lot because Lou Reed was one of my all-time favorites, gang.

I think that I might even like this new version better. If only because audio quality back in 1967, when the original came out, was nothing like what it is today. Plus, Jeff Beck’s guitar on this really just blew me away. And I like Johnny’s monotone — not as sneering as Lou Reed’s was, which kind of makes it more effective for me. Or at least, effective in a different way.

And this also amazed me! In a good way.

A Nick Cave fan managed to run into Nick Cave in two different cities and got two different photos with him!! In the first photo (in Barcelona last Sunday), Nick looked like he hadn’t slept in about 2 days. In this newer one (in Athens? I’m not sure where, really), he looks so relaxed and happy:

In other Nick Cave news — don’t forget that Seven Psalms will be released on vinyl on July 1st. Pre-order it wherever you order your records.

Tracklist:
Side A
How Long Have I Waited?
Have Mercy On Me
I Have Trembled My Way Deep
I Have Wandered All My Unending Days
Splendour, Glorious Splendour
Such Things Should Never Happen
I Come Alone And To You

Side B
Psalm Instrumental

Also, before I forget, since bascially everything I’ve ever written can be found for free online somewhere now…

My series, The Muse Revisited, Volumes I-III, and my award-winning novel Freak Parade will once again be included in the Smashwords Summer Sale and will be available for free downloading, beginning July 1st and lasting all month.

I will post links July 1st. (These eBooks are intended for adults only.)

So Phil did not go live last evening, and will do his livestream tonight, instead. But something is definitely up. He was dropping hints & comms all night on telegram. I almost can’t stand it. Something’s gotta give, right??

A customer who is a Q-follower, came into the store yesterday to drop off her TeraHertz Healing Wand for us to experiment with for an entire week (yay!!) – and she said that she’d heard something about the Iraqi Parliament being infilterated by white hats and shut down and that the Dinar is now gold-backed and that things will be happening rapidly between now and June 24th.

I don’t know if that’s true but I sure hope something is going to happen.

The news in general is bordering on the grotesque now, the world over. 99% of it I do not post to the blog anymore because it is so horrific and a ton of it is simply fake or deep lies.

But check out this video if you feel so inclined. WARNING: It’s grotesque. But I love Isaac Kappy and I believe he is still alive. Thank God.

“I thought there was no fraud in our elections. The next time some disgusting media outlet uses the phrase ‘baseless conspiracy theory’ tell them to go to hell. And there will be more to come.”

“⛔️ Why is Nancy Pelosi’s son in law Michael Vos, who has a background in film production, taking a selfie with failed actor Jacob Chansley AKA Jake Angeli AKA “Qanon Shaman” on the Capitol steps Jan 6?

🌎 Make this go viral on every corner of the internet! Expose Pelosi’s involvement in J6!!!”

“NEW – At least seven “associates” of The Late Show with Stephen Colbert are arrested at the House of Representatives.”

(And FYI, gang, Ivermectin is always in my house now. I get it for 8 bucks at a local Horse Vet & Tack. It works.) (I also make my own hydroxychloroquine and keep it in my freezer, It also works! You don’t have to suffer from colds or flu again.)

From Dr. Reiner Fuellmich — a new interview on Making Sense of Madness:

“Grand Jury Vs. The Deep State with Reiner Fuellmich
Making Sense of the Madness

“In this episode of MSOM, Sean Morgan has an exclusive interview with trial lawyer Reiner Fuellmich who has led a model grand jury proceeding with thousands of experts and witnesses. Sean asks Reiner about where legal liability lies and Reiner gives a long list of complicit organizations and industries.

Reiner also gives his perspective on the war in Ukraine. Dr. Fuellmich says which jurisdictions are most likely to be successful once people file proceedings, including the USA and India. If that doesn’t work, it’s time to start our own jurisdictions.

Watch this episode to get insight into who is behind the great reset agenda and what their plan is from one of today’s leading international voices in the resistance against medical tyranny.”

“BLEXIT’s two full-day Summer Camp sites are up and running and we’re excited…but the children are even more excited! Between our sites in Florida and in South Carolina, together we are educating more than 80 children daily from 7:30 – 5:30 for six weeks of summer.

What happens at Summer Camp? Children experience BLEXIT’s custom developed curriculum educating them on America’s history while developing character traits like leadership and initiative, on top of learning important life skills such as personal finance and entrepreneurship. “

“Local BLEXIT Delaware Chapter members recently partnered with a local pastor who serves with Sunday Breakfast Mission at Urban Vintage to help sort through donated clothing and clean up trash disposed of in the donation bin. Urban Vintage provides work for participants at Sunday Breakfast Mission to help build and regain skill sets for those coming off of addiction. They collect donated items such as clothes, furniture and household goods to sell at very low prices to the impoverished community in Wilmington. “

Join BLEXIT today! Find a chapter near you.

All right. That’s it for today.

Enjoy your Saturday, wherever you are in this windy world! Thanks for visiting.

I leave you with a sort of homage to my own life: Elvis Costello & the Attractions’ “Beyond Belief” from their amazing album, Imperial Bedroom, 1982. (I guess play this at my funeral, gang!) Enjoy!! I love you guys. See ya!

Mel Carmine: The True and Advanced Technology is Not iPhone. (59 seconds):

Mel Carmine: ShunGuy “QFS. QNTM VOTING, GESARA IT HAS TO HAPPEN, IT IS HAPPING NOW FOR THOSE WHO WANT TO SEE IT!” (1 hr):

The Salty Cracker: COLBERT PRODUCERS AIDED BY SCHIFF CAUGHT BY POLICE BREAKING INTO US CAPITOL (6 mins):

X22 Fiancial Report: The Economic Transition Has Begun, Another Piece On The Chess Board Moves Into Place (19 mins):

X22 Report: Patriots Have The Source,JA June ETA,Server Brings Down The House,Timing Is Everything (49 mins):