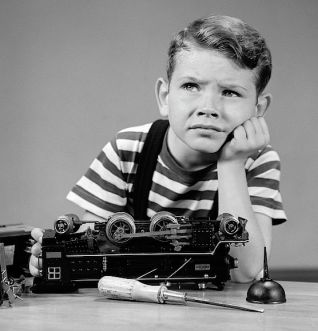 I got on Truth Social, and this post was front & center. Dr. C17 reposted InevitableET, and I think it sums things up pretty succinctly:

[That Paul Pelosi thing is just utterly fake, gang. I think this is what happens to you when you didn’t agree to cooperate with your arrest– your reputation, after you’re gone, baby, gone (?) will be in the garbage.]

“BREAKING: The airport in Sao Paulo has reportedly been blocked by Bolsonaro supporters” [view HERE]

“Brazilians are using cranes and construction trucks to block roads and airports.
They aren’t gonna take it.” [watch HERE]

Yesterday, SGAnon posted about the truth of the Titanic sinking, and showed some vintage newspaper headlines that claimed “no lives were lost”:

“To help the sleepers understand the gravity of why we are, where we are.
They have owned the information for hundreds of years. In fact, several other large print publications of 1912 reported no casualties from the Titanic sinking.

Bonus Points:
What was The Creature from Jekyll Island, and how did it and the Titanic tragedy relate?
What are the correlations?
What happened in 1913?”

If you missed his audio file about the Titanic & Jekyll Island a couple months back, it is here:

The True History of the Titanic | The False Flag and Satanic Sacrifice that Started it All (35 mins):

Phil rescheduled his livestream for tonight at 7PM Eastern time.

However, allegedly, at least Gregg is NSA (?) Now they are both FBI informants? Trump is still championing them for their documentary about the vote fraud, 2000 Mules. (Although, he also stood by Fauci during the scam-demic, to ensure he was in the spotlight and that none of us would ever forget that repugnant little monster.)

So — optics? Psy-op? A great big bunch of hullaballoo to make sure they all draw attention?

From MJ Truth, reposted on Phil’s chat the other night:

“Fam- some information has been brought to my attention and I’ve been sitting on it, praying on what to do with it.

I understand this may stir some pots… please know it’s definitely not my intention, but for the sake of transparency & those who attended The Pit with me, I believe this is something we should know.

You need a CL account to view the court docs, but Here is a public available article (https://www.courthousenews.com/federal-judge-holds-tight-lipped-chiefs-of-election-denial-group-in-contempt/) transcribing the events of the proceedings. Paragraph 3, which States….

“With U.S. District Judge Kenneth Hoyt threatening them with fines and arrest in a contempt hearing Thursday, they took the witness stand and alleged they were working as confidential informants for the FBI from 2021 to May of this year, helping with an investigation of Konnech Inc., a Michigan-based company that sells software to help manage election equipment and poll workers.”

Further down it states….

“Engelbrecht said she and Phillips lost their FBI confidential informant status in May after the criminal division of the Arizona Attorney General’s Office, which had been working with the pair on election fraud investigations, started calling different FBI offices and inquiring about them.”

What does all this mean?

I honestly don’t know and I think it’s still too early to tell and it’d be very wise on our part TO WAIT and see how this plays out. It would be very harmful to make statements under oath and it not be true.

They’ve done a ton of good work and they are highlighted constantly by Trump as doing good work. I’m remaining opinionless on this for now. I just felt it should be known.

The fog of war is thick. Disinformation is necessary. There are more good people than bad. Remember what I shared earlier (https://t.me/candlesinthenight/46164)

Continue to pray for God to lead us. 🙏

I’m guessing that all we can do, yet again, is wait and see.

That’s really it for today, gang. The Fog of War is overwhelming. Even while Brazilians are blocking the airport, this was on Derek Johnson‘s channel last night:

“Wahoooo! Another shipment of Soccer Balls coming to the U.S. Thank you Brazilian Military 🧌☠️🤣”

So we cannot possibly know the true extent of what is underway right now, anywhere in the world.

We just have to stay alert, use discernment if at all possible, and just wait and see.

Nick Cave sent out a wonderful Red Hand File yesterday, all about why he encourages a 62-year-old fan to learn to play the guitar, even if it is a fool’s errand!

“…personally, I have a lot of time for fool’s errands. Many things of genuine artistic value seem to start as such – needless and profitless ideas that find, in time and to our complete surprise, their value.”

You can read it here.

And that is it for today. Have a terrific Tuesday, wherever you are in the world.