I have to spend the whole darn day working on that new web site for Abstract Absurdity Productions or it is NEVER gonna launch!!! Fuck.

I hope that by now you had a chance to see our wonderful new logo!! I just love it. Peitor did such a great job. He had been trying to explain his idea to someone there in LA who actually designs logos, but then realized he was just going to have to do it himself if it was going to be anywhere close to what he was envisioning.

He’s been a record producer for decades and, as the Internet took over the music industry, he became really good at designing album cover art JPEGS, too, so he decided yesterday to just do our logo himself.

I am so happy with it!! It fills me with glee whenever I look at it. I’ll post it again here, in case you didn’t see it. This is just the rough image that he texted me last night:

Here’s an urgent update, on another, very different note!

The starlings are right at this very moment building a nest in my gutter but, for now, choosing a whole new area of the gutter to destroy!! This one is outside my upstairs bathroom window.  Isn’t that just fantastic news??!! After I so patiently didn’t fix the part of the gutter they destroyed last Spring so that it would be all move-in ready for them this Spring??!!

Okay. Back to what I was saying.

Our meeting yesterday was not about script work at all, even though we are so close to finishing the script. Instead, we wound up working on business stuff and discussing what I needed to do to get the website launched (re-direct the domain, etc.); then get the YouTube and Vimeo channels set up; and the social media accounts set up, and we discussed the (absurd & abstract) game plan for social media once we launch.

It became quite a tidy little To-Do list for me, gang. I tacked it to the wall in front of my desk and my heart sort of sank. I cannot keep avoiding this stuff. It is absolutely never going to get done if I don’t just fucking do it.

Yesterday, I finally decided on 2 templates for the web site. I know the one I prefer so I hope it’s the one that will work for us. We’ll barely have any content when the site launches, so it shouldn’t be that difficult to set up. I just need it to be a template that will easily help us grow. (This template I use here for Marilyn’s Room is so freakin’ easy to use, it’s ridiculous. It is so user-friendly. I think I’ve been using it for about 5 years already. But it’s a magazine template.)

Anyway. It also became incredibly clear that I needed a better movie editing software thing on my desk top. So I had to research that. I settled on Lightworks, because it will be easy to upgrade to Pro if I ever need to. I’m not planning on becoming a film editor or anything  (she says now — but the day’s young!). But I do need to be able to edit our video clips and upload them to the web site.

So guess what I get to do today (besides take 2 more webinars — another one on movie financing for short subject films and one on negotiating perks and credit placements, and back-end point deals, etc., etc.)? Yes, that’s right!! I get to learn how to actually use Lightworks now that it’s on my desk top!! Because apparently it’s not 100% user-friendly. And let’s face it — I am not (yet) a film editor, by any stretch.

Although I do have an Associate’s Degree in audio engineering. Yes! I’m technically a Sound Engineer. However, I have no desire whatsoever to be a Sound Engineer and so my skills are extremely outdated (analogue!!). But my point is, I can grasp this sort of stuff when I focus and pay attention. (I think that’s redundant, but it gives you an idea of how my mind can wander if I’d rather be doing something more important  — i.e., looking at all things Nick Cave-related on Instagram).

I know! I’ve tried to tell you! Even though I do Booty Core now and look indescribably fantastic for someone who’s going to turn 60 at any moment;  and even though the hair stuff really is working and my hair is really starting to look like I actually have some and it’s not falling out everywhere!! Even though all of that stuff is so blindingly  difficult to ignore — Please don’t envy me for my truly glamorous life! A lot of fucking web seminars and other frustrating stuff go into making the magic happen.

All righty. Oh, in case you want to know. Now that I know for sure this stuff works, gang, here it is. (But if you buy it on Amazon, be forewarned that the company will strongly urge/bribe you to give them a 5- star review, which kind of irked me. But it does indeed work.) 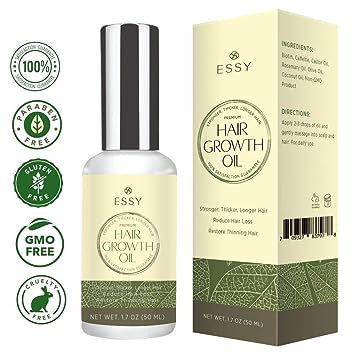 Before I forget, if you saw my post about Weenie yesterday and how he is showing signs of potential kidney problems — he’s on his homeopathic drops now, maybe forever. And no more treats for any of them, ever. The salt content in those treats is through the roof. And I know this. But gosh they love them. And the worse the ingredients, the better they love their treats. But it’s got to stop.

Last night, they all wandered into the kitchen and stared at me, quite perplexed; their little expressions saying, “Have you forgotten something? Isn’t it treat time?” And I tried to explain to them that Weenie was sick and that I didn’t want him to die that horrible death that Daddycakes went through.

They acted like they didn’t understand a word I said. But today, they’re spellbound — glued to the windows and watching the starlings flit and flutter and build their nests hither and yon. So hopefully we can forget that treats ever even existed! And have 7 healthy, happy cats for a very long time.

Okay. I’m gonna scoot and start working on all that exciting stuff mentioned above!! Thanks for visiting, gang!! I hope you have a really great Wednesday, wherever you are in the world. I leave you with my breakfast-listening music from this morning. Art Blakey & the Jazz Messengers, with the appropriately titled Moanin’ from1958. Another true classic of jazz. If you don’t know it, give it a listen, you’ll probably love it (and want a martini or something!). (Even at breakfast!) All righty! I love you guys. See ya!