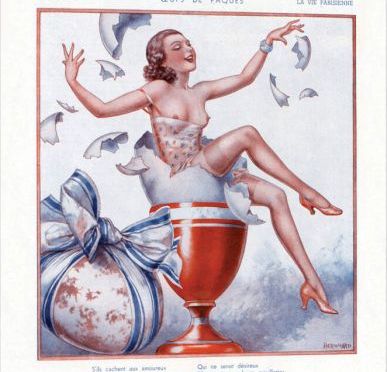 If you don’t know who Ronnie Wood is, he’s a guitar player who’s been a member of the Rolling Stones since the mid-1970s, and was a member of the British group, The Small Faces, & then just The Faces, with Rod Stewart, before that.  He ‘s had a life-long reputation for being intensely “fun loving” (drugs, alcohol, high energy, funny). But several years back, he became clean & sober.  And now, on Instagram, during this pandemic, he frequently posts little videos for other members of AA or NA about serenity and taking it one day at a time.

I’m not in any type of substance-abuse healing program, but I have always been a huge fan of Ron Wood’s so I enjoy watching his little videos. And I think it’s just so sweet (I honestly do) — you know, all these years later, this frenetic rock & roll guitar player is helping us find serenity…

Well, guess who has inadvertently signed up for another year of the Mondly app?? Yes, that (really fun) app that was teaching me Italian for about 9 months, until I gave up on ever learning Italian in this life time!! (And as it turned out, the writer’s retreat, that I was supposed to be hosting in Italy this Spring…. well.)

So, yes!! The Mondly app auto-renewed itself because I wasn’t paying attention, even though I was actually looking at the app icon on my phone the other day, and really missing it. And sort of wishing that I hadn’t let the app expire…

Yeah, well. Actually, I thought that was kind of cool when I saw it on my bank statement, even though I wasn’t expecting it. But I don’t think I’m going to try to keep studying Italian, because I just don’t seem to have a head for it. I suppose I could go back to studying French and really try to learn conversational French, instead of that sort of  “formal business letter-writing French” that I actually know.

But it sort of feels like a wide-open playing field right now. An entire year in front of me to study a foreign language! I’ve studied French for most of my life, do I still want to keep studying it? Through the course of my life, with varying results, I’ve studied German, Portuguese, Spanish, Mandarin Chinese, Biblical Hebrew, and, of course, Italian. And French is the language that I keep coming back to.  But I just don’t know.

Anyway, it’s kind of exciting to think about.

Well, yesterday was interesting. I did spend several hours with my friend Kevin, which was nice — and it was such a beautiful day here. But he is very depressed about all this COVID 19 stuff and how it’s changing everything and how pretty much every area of our lives now is up in the air.

I’m not sure why it doesn’t depress me, but it just doesn’t. (I guess Ronnie Wood has me feeling too serene…) Seriously, though. I just take everything one day at a time. We have no clue what’s ahead — it could wind up being just spectacular, once everything settles where it will and life moves forward for those of us who are still here.

So I tried to encourage him and make him feel better. After all, he’s taking off for Montana in a few days, and it’s so beautiful out there and he lives out there every year until October.

Then I did my grocery shopping, came back to Crazeysburg, called my dad and he announced that he’s not moving to Florida. He changed his mind. So that was very nice to hear — and totally unexpected.

Peitor also called to talk for 3 minutes about the sets he needs to build for our film shoot in the cinematographer’s studio in Alabama, and then he explained the idea he came up with to make it more affordable when we have to shoot on location in — Sweden (he’ll shoot in Paris if he has to, but he’d rather keep it authentic and shoot in Sweden).

(Yes, that’s right — on location in Sweden, or in Paris, if we absolutely have to, for an 8 minute film.)

And I’m, like, “Well, this all sounds really good, but we still need to get the budget together and see who’s paying for all this.” (In addition to everything imaginable involving the shoot, actors also have to be flown to and accommodated in Alabama and Sweden…)

It’s probably hard for you to imagine that I’m actually the level-headed one in the production company. Still, I do share his vision for perfection. I really do. And I do research everything, constantly. Just constantly. And I’ve taken 6 webinars already about the best way to approach this financially, from all angles.

So, we’ll be talking more at length about all of that today.

On another topic entirely….

I’ve had more time to listen to the new Bob Dylan song, “False Prophet.” I do like it — I like it better than “I Contain Multitudes,” but still, nothing comes close to “Murder Most Foul.”

Which unfortunately reminds me that a colleague in NYC and I were talking about “Murder Most Foul” back when it first came out, and he had the audacity to point out to me that Dylan was singing about Nat King Cole’s famous jazz song, “Nature Boy,” and not  Nick Cave’s song of the same name. And I was extremely crestfallen about that. Of course, I could see he was right about it, still. I guess love is not only blind, but deaf, as well. And in my mind, forever, it will still be Nick Cave’s song mentioned in “Murder Most Foul”…

Overall, though, that new Dylan album should be very interesting. (And his tours, of course, in support of the new album have now all been cancelled.) (Which makes me wonder, where does Bob Dylan actually live? He’s always, always, always on the road, in that unending tour he’s been doing for the last 20 years… I know he got another divorce at some point, so where does he live?? I’d assumed he just lived in some sort of monster bus. Hmm.)

Well, all righty. I guess that’s it for today. I’ve got work to do here. I hope you guys have a nice Thursday in front of you (or on it’s way out, depending on where in the world you live!). Thanks for visiting.  I leave you with my favorite Faces song, from 1973, Ronnie Wood was one of the writers on this great song — “Ooh La La,” from the album of the same name. (A song that never goes out of date, as it turns out, because those gosh darn women never change!) Enjoy and have a terrific day. I love you guys. See ya!!

“They’ll trap you, then they use you
Before you even know
For love is blind and you’re far too kind
Don’t ever let it show”

The Can Can’s such a pretty show
They’ll steal your heart away
But backstage, back on earth again
The dressing rooms are grey

When you want her lips, you get a cheek
Makes you wonder where you are
If you want some more then she’s fast asleep
And leaves you twinkling with the stars.

“Poor young grandson, there’s nothing I can say
You’ll have to learn, just like me
And that’s the hardest way
Ooh la la”