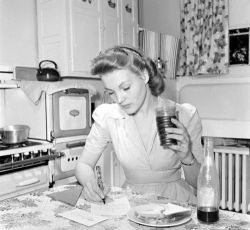 I awoke at 2 a.m. and could not fall back to sleep until 3:30. Primarily thinking about Daddycakes and feeling like I didn’t do enough to save him and wondering if he was somewhere in the afterlife, angry at me for letting him die when he should have been in the prime of his kitty life.

It’s just so different when you’re dealing with rescued feral cats. They make the rules, because they are wild animals, and then you — or me actually; I am the one who has to try to figure out if I step aside and let them have their own connection to God’s world, or do I try to intervene somehow and make a decision about life and death?

Playing God, basically.  It got to the point where the cat was simply suffering too much and my heart couldn’t handle it so I had him put to sleep.

Then of course, by feeling guilty for the decisions I made regarding him, it means I think I am God: I should have known better, or I should have known more about that cat’s life or death and the quality of it or lack of it, and just done all sorts of different things that I can’t even imagine at this point.

Honestly, how can we possibly know those things?  We make those kinds of decisions through whatever filters we have in our brains that tell us we have answers to these sorts of questions and that’s not really saying very much at all. Because we don’t know how to create life; we know how to do away with it. We simply make a decision. And that’s not saying anything at all, in the scope of what is nonphysical, I mean.

Well, I finally made myself stop thinking about Daddycakes, and instead decided to worry about the novel.

It was a glorious spring day. It really was. The countryside was turning that tiny spring green.  Birds everywhere. Daffodils blooming in the most unlikely places. (And you know that a person had to plant those; daffodils don’t just spring up in the middle of nowhere along the highway. And that makes me love people, because I know I’m one of the passing strangers for which those daffodils were joyfully planted.) And all along the way, the farms had all their little baby calves out now, finding their footing in the green pastures.

It was just so beautiful. A testament to the renewal of life.

I’m guessing I was listening to something by Nick Cave, but I don’t recall what. It’s always either Nick Cave or Tom Petty. My little Honda fit is overflowing with CDs by either Nick Cave or Tom Petty and one single CD of Anne Murray’s Greatest Hits. (Inside my house is another story. In there, the world overflows with music of every possible stripe and persuasion. But for some reason, none of that makes it out to the car.)

(And to see me getting into the car is ridiculous: “Oh my god, what I am going to listen to?” If I’m going to the Dollar Store, it’s a 3-minute trip and the music is not so crucial. But everywhere else I go to from here in the middle of nowhere, is a journey. It requires a soundtrack. If I’m going far, far away, like to NY, then it’s hands down Tom Petty’s LIVE Anthology, because traveling on Interstate 80 is intensely American and so you need that American rock & roll; 3-minute awesome songs about falling in love or falling out of love, or chasing a dream and that’s basically it. It could not be better or more clear cut.

(But other journeys require Nick Cave, but he can be so dicey because you never know when he’s going to throw you under the fucking bus. Which is what I love about his writing, but it can get harrowing. You can be driving along at 95 MPH, which is what I tend to do out here on these highways, listening to “Where Do We Go Now But Nowhere?” and at first you’re thinking, man what a song. Then the next minute, you have to pull over, grab your revolver from out of the glove compartment and shoot yourself because it’s just too fucking horribly SAD.

(Or, I guess, you can just turn the music off. But that’s the dilemma: you’re on a  journey that requires a soundtrack; you’re not supposed to turn it off. So I’ll sit there in the driver’s seat, engine on, looking at all the CDs and trying to figure out which one will not cause me to  want to shoot myself while going 95 mph?  Sometimes I sit there for several minutes, not going anywhere and driving myself insane.)

Anyway, I get to the grocery store, and in the parking lot, I get a message on my phone from the editor in NYC who is editing my novel, Blessed By Light.

She sends me updates, chapter by chapter, because it’s much easier to manage that way. And while all her comments thus far have been very positive, this particular message says: “This chapter kicks ass. Kudos.” Followed by comments on the next chapter: “Excellent chapter. He seems distraught, guilty, tired. Beautifully written.”

And while this made me feel good in the grocery store parking lot, at 3 a.m., alone in my bed in the guilt-ridden dark, all it did was make me wonder about the previous chapters, which were only “good”. Shouldn’t they all kick ass? Shouldn’t they all be beautifully written? Should I start all over from scratch? Am I a total failure now? I used to be a good writer.

You know, I start to doubt my sense of pacing, my sense of building a story arc, my sense of anything at all because I’ve suddenly forgotten what reality is even for. If I ever even knew, I mean.

Death does that to you. Even tiny little furry deaths.

Well, it’s another glorious spring day here in the Hinterlands. I’m going to give it all another shot and see how this day turns out.  As usual, no guarantees but I am tying so hard to be happy.  I have a wonderful novel in progress, that is sometimes good and sometimes it kicks ass.  I need to count my blessings today.

Have a good Wednesday, wherever you are in the world.  Thanks for visiting. I love you, gang. And I leave you with this! See ya.